The ‘Spider-Man’ star defended Marvel movies from criticism, saying that as much work goes into them as critically-acclaimed films.

Don’t turn your nose at Marvel movies with Tom Holland. The 25-year-old actor spoke out against past comments that acclaimed director Martin Scorsese, 79, had made about the Marvel Cinematic Universe. The actor explained that just as much work goes into a major superhero movie as does an Oscar-worthy motion picture during a December 24 interview with The Hollywood Reporter.

Tom, who starred in the 2012 film The Impossible, which earned his co-star Naomi Watts an Oscar-nomination, said that the iconic Goodfellas director doesn’t have a clue as to what goes into an MCU flick. “You can ask [Martin] Scorsese ‘Would you want to make a Marvel movie?’ But he doesn’t know what it’s like because he’s never made one,” he said.

Tom continued to say that cost was the ultimate difference in a Marvel movie versus a critical darling, because he and others that work on the movies tend to put in the same level of work for both. “I’ve made Marvel movies and I’ve also made movies that have been in the conversation in the world of the Oscars, and the only difference, really, is one is much more expensive than the other. But the way I break down the character, the way the director etches out the arc of the story and characters — it’s all the same, just done on a different scale. So I do think they’re real art,” he said.

The Spider-Man star said that some of his Marvel co-stars like Robert Downey Jr. or Scarlett Johansson would agree with his comparison. He also mentioned that there are “different levels of pressure,” because “millions of people” will see superhero movies regardless of whether they’re good or bad, while others may skip out on a bad indie film. Tom also joked that “there’s less Spandex in ‘Oscar movies.’” 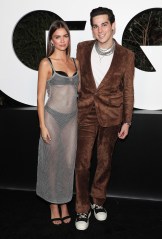 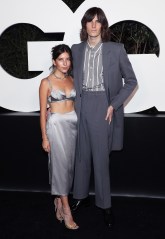 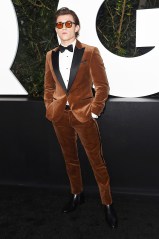 Marty, whose been nominated for 14 Academy Awards and won in 2007 for The Departed, had dismissed Marvel movies in a September 2019 interview with Empire Magazine, via IndieWire. While the director had said that they “weren’t cinema,” he had acknowledged that a lot of work went into them. “Honestly, the closest I can think of them, as well made as they are, with actors doing the best they can under the circumstances, is theme parks. It isn’t the cinema of human beings trying to convey emotional, psychological experiences to another human being,” he said.

The director later clarified his remarks in a November 2019 op-ed for The New York Times. He explained that part of his dislike for Marvel movies was merely “personal taste,” but he also mentioned that major franchise movies tend to dominate movie theaters all over the country. “In many places around this country and around the world, franchise films are now your primary choice if you want to see something on the big screen. It’s a perilous time in film exhibition, and there are fewer independent theaters than ever,” he wrote.