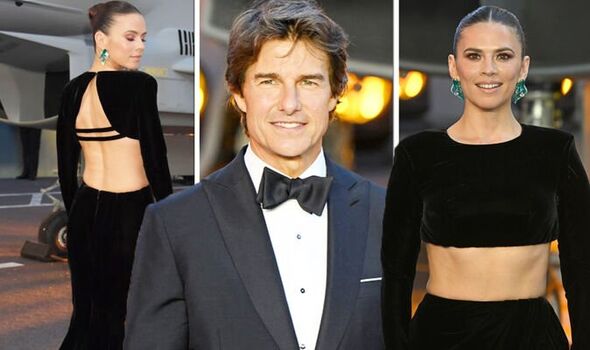 Tom Cruise dressed to impress at the London premiere as his Mission Impossible co-star Hayley Atwell looked chic in all black.

Tom Cruise, 59, cut a suave look as he attended the film premiere of Top Gun: Maverick in London on Thursday evening.

Top Gun: Maverick is a follow-up to the hit 1980s film, with Tom reprising his role as Pete “Maverick” Mitchell.

Yesterday, the film premiered at Cannes Film Festival, where Tom and his co-star Jennifer Connelly, who plays Penny Benjamin, walked the red carpet.

The original Top Gun film has grossed more than £289.5 million worldwide, with Tom famously performing his own stunts on set.

Also working as a producer on the movie, Tom insisted the cast were trained as fighter pilots – but his co-star Glen Powell admitted this was tough.

“There was a lot of puke during filming,” he told The Sun on Sunday.

“Before shooting, Tom sent us on three months of training to get used to the G-force. [But] even with training, nothing prepares you for the intensity of flying in an F-18.

“We were all flying once a day and Tom was up there three times every day. But it didn’t faze him at all.

“There we are, all being sick into bags, and he is taking everything in his stride. The guy is a machine.”