RM, Jin, Suga, J-Hope, Jimin, V, and Jungkook are each other’s ultimate hype men. Whenever a BTS member takes the stage solo, the other guys never fail to show massive support, even from backstage. During the group’s Love Yourself: Speak Yourself world tour, the guys had a lot of opportunities to be each other’s biggest cheerleaders, as the members gave individual performances at every concert that showcased their unique talents and voices. The video of BTS copying each other’s solo dances shows how supportive they are of each other.

On Dec. 13, Big Hit released another YouTube clip of BTS backstage during one of their television performances. While it’s almost 2020, Big Hit decided to drop a behind-the-scenes video from — wait for it — 2018. That’s OK with the BTS ARMY, because any BTS clip is sure to make them smile.

Fans will remember BTS’ 2018 KBS Song Festival performance, which showed the guys debuting their Love Yourself solo songs on television. Previously, BTS only performed their solo songs during their Love Yourself world tour, so, needless to say, the BTS ARMY was thrilled the guys took their solo stages to TV. As expected, the guys delivered an exceptional performance, which you can watch below.

Now with BTS’ latest Bangtan Bomb, fans know what the other members were doing backstage while the guys recorded their individual performances.

J-Hope was up first, and once Jin saw his friend on TV, he couldn’t help but yell out, "J-Hope!" to let everyone know. Jin then tried to replicate J-Hope’s dance moves in his dressing room. 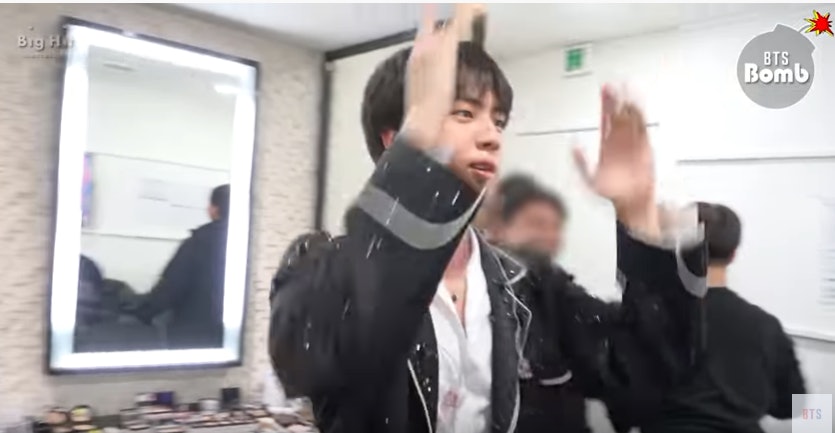 Since RM’s "Trivia: Love" doesn’t have an official choreography to go with it, Jungkook made up some choreo on the spot, which included a bit of moonwalking. 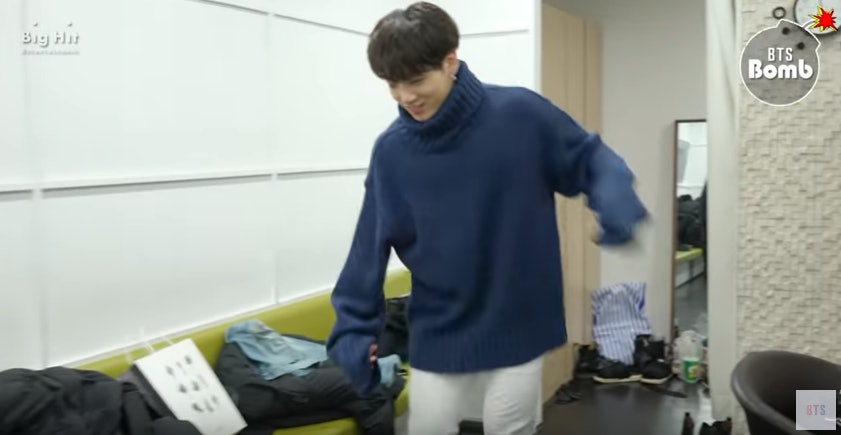 Once V hit the stage, Jungkook tried imitating his favorite move from "Singularity." After watching V do the same, Jungkook tapped the top of his head and then spun his head around. While doing the move, Jungkook added a hilarious sound effect, which sounded like a bell. "Dang!" he yelled out, as J-Hope laughed.

Watch the whole clip below.

RM, Jin, Suga, J-Hope, Jimin, V, and Jungkook are just the sweetest and most supportive band mates ever. The guys took the stage solo again for their 2019 MMAs performance, so fans can probably expect a similar backstage video in the future.