Paxton Smith passionately warned her fellow grads in Texas this past June that a proposed law – SB 8- could take away their right to an abortion. Now, she calls the new law ‘dystopian’ as she fights back.

When Paxton Smith tore up her prepared valedictorian speech and instead urgently spoke out against Texas’ proposed “Heartbeat Bill”, she described how “dehumanizing” it was “to have the autonomy over your own body taken away”. “I am terrified that if my contraceptives fail, I am terrified that if I am raped, then my hopes and aspirations and dreams and efforts for my future will no longer matter”, she shared. “I hope you can feel how gut-wrenching that is”.

Today, millions of Texas women in the country’s second most populous state are experiencing how gut-wrenching that is for them. In the dead of the night, the Supreme Court upended almost 50 years of established law protecting a woman’s right to an abortion, when they failed to overturn or put a stay on Texas’ law outlawing abortion after 6 weeks of pregnancy on Aug 31. Fact: a majority of women don’t even know they are pregnant at six weeks.

Now, Paxton Smith, who has started college in Texas, tells HollywoodLife how stunned she is that a law like this could be passed in America. “You know, the principles of this nation are our freedom and liberty, but in my state, they have taken away the freedom of a person who gets pregnant, to be able to decide not just what happens with their body, but what happens with their life… it feels very dystopian”, she says in our EXCLUSIVE interview. 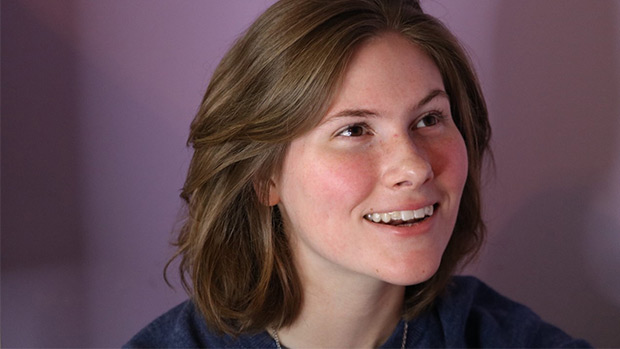 The 18-year-old feels so strongly about a woman’s right to make her own decision about choosing a pregnancy, that she is collaboratively authoring a new book, ‘A War on my Body: A War on My Rights’ to be released January 22, 2022, forty-nine years after the Supreme Court gave women the right to abortion in the Roe v. Wade case.

Todays’ Supreme Court, with an extremely conservative majority, thanks to Donald Trump’s three newly appointed judges, has ostensibly overturned Roe v. Wade, by allowing Texas’s new anti-abortion law to stand. No doubt that wasn’t what Paxton and her collaborators, who include women’s rights attorney, Gloria Allred, former Texas Senator, Wendy Davis and Congressman, Carolyn Malroney, were hoping, when they began work on the book.

Now, Paxton calls Texas’s new law, which places a $10,000 bounty on anyone, anyone, who counsels or aids a woman who has an abortion in Texas after 6 weeks of pregnancy, “frightening”. If someone, anyone suspects that a particular person has given any sort of aid to a woman who has a now-illegal abortion, they can sue that person to try and obtain the bounty. They don’t have to have any tangible evidence of the help either, in order to file suit.

The new Texas anti-abortion law provides no exceptions for rape, incest, life-threatening fetus anomalies, or risk of suicide of the “mother”. It grants only a narrow exemption for a woman facing death, if the pregnancy continues. But the law is written so loosely that even that one exception is unclear. Does a woman diagnosed with cancer have the right to terminate her pregnancy if she can’t safely have chemotherapy or radiation treatments, while pregnant, for example?

Paxton is afraid of the “concept of turning one citizen against another citizen, and not knowing who is safe to talk to and who is not safe to talk to”, she says. “Ultimately, if a person decided to get an abortion, that’s a very personal and difficult decision for most people to make. And so the idea that you have this fear of what you are doing is potentially illegal. And not knowing if the person you are going to for help, or the person that you confide in, is going to support you or is going to take measures to harm the people who help you”. 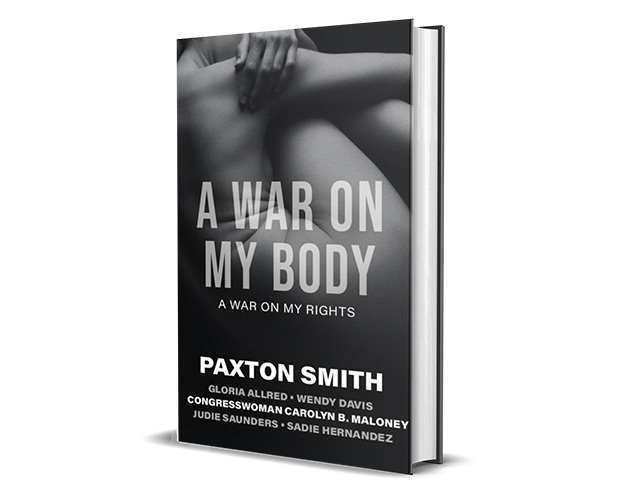 The young activist is referring to that part of law that incentivizes any American — not just Texans — to report abortion counselors, therapists, psychologists, mothers, fathers, best friends, partners, sisters or even drivers, who in any way assist or enable a woman to get a now illegal abortion, who will then sued for the $10,000, plus lawyers fees and court costs.

Paxton urges her fellow Texans and women everywhere to be aware of and talk about “the power that local and state governments have. State governments are the ones that are going to have the biggest effect on this kind of legislation. This is not a federal issue. This is a state issue. So, if people really want to make change, and people really want to see reproductive rights for real, then they need to vote for people who are going to uphold those human rights in office”.

For now, Paxton plans to continue to speak out against Texas’s new “Heartbeat Law”, also called SB-8, in order to bring attention to it and to put pressure on lawmakers, legislators and politicians to stop passing abortion bans. Instead, she urges them “to put in place legislation that helps people access their basic human rights to reproductive health care”.

All profits from Paxton’s collaboratively authored book, ‘A War on my Body: A War on My Rights’, will be directed towards the Afiya Center, a non-profit in Dallas, whose mission is to serve Black women and girls by transforming their relationship with their sexual and reproductive health through addressing the consequences of reproductive oppression.

There will also be a Women’s March Oct 2nd in all 50 states, protesting Texas’s new anti abortion law. Click here for information and to sign up for a march near you.