Strictly Come Dancing has been given a shake-up in the schedule next weekend to make way for the Qatar World Cup.

The musicals special of the ballroom dance contest will now air on BBC One on Friday 2 December at 8pm, while the results episode will be shown on Saturday 3 December at 5.40pm, with the remaining couples going through to the semi-final the following week.

While the main show usually airs on a Saturday, it has been moved to make way for the World Cup’s televised fixtures on the channel. 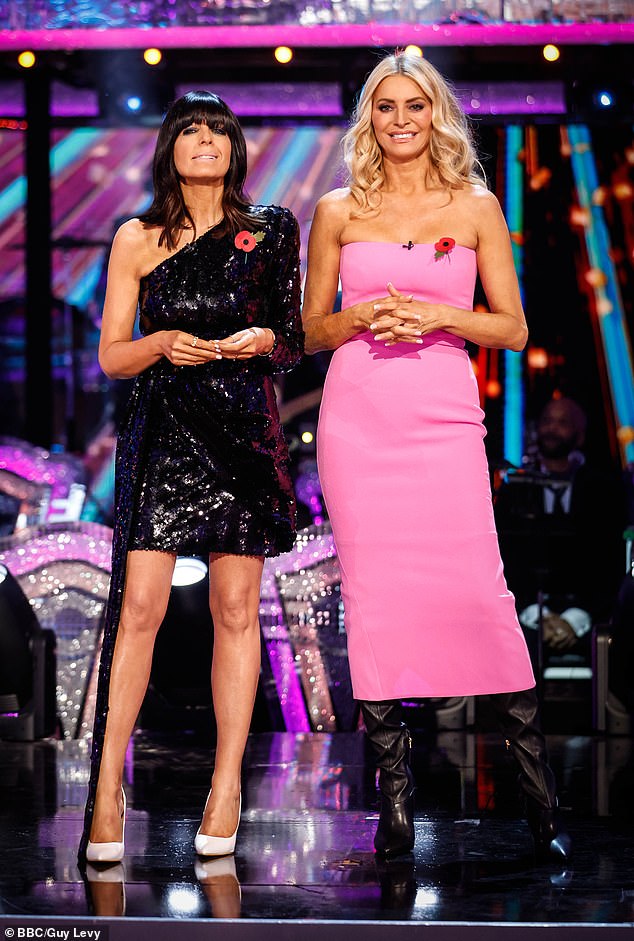 All change: Strictly Come Dancing has been given a shake-up in the schedule next weekend to make way for the Qatar World Cup (L-F: Hosts Claudia Winkleman and Tess Daly on the show)

A spokesperson told MailOnline: ‘Strictly Come Dancing will continue to bring glitter, glamour and glorious dancing to homes across the nation throughout the 2022 FIFA World Cup.

Former Hear’Say singer Kym Marsh will be returning to the competition next week after she was given this week off following a positive Covid test. 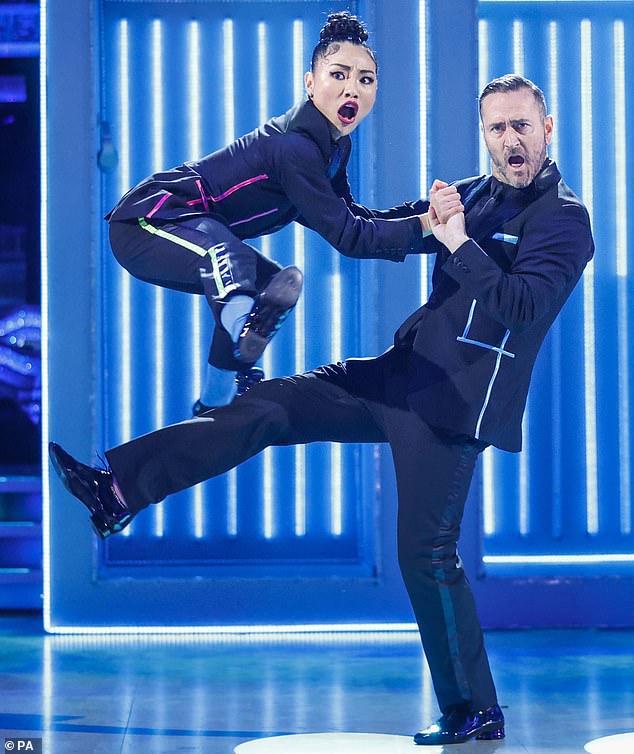 New times: The musicals special will now air on BBC One on Friday 2 December at 8pm, while the results episode will be shown on Saturday 3 December at 5.40pm (Will Mellor is seen dancing with his professional partner Nancy Xu on the show) 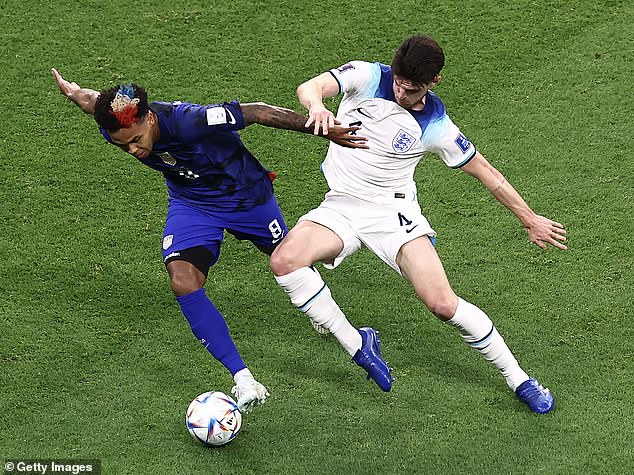 Sporting event: The schedule change is due to the Qatar World Cup (L-R: Weston McKennie of United States is challenged by Declan Rice of England in their Group B match on Friday 26 November 2022)

The actress, 46, was forced out of the contest along with her professional dance partner Graziano Di Prima, 28.

A Strictly spokesperson told MailOnline: ‘Kym Marsh has tested positive for Covid-19. As a result, Kym and Graziano will not be taking part in Strictly Come Dancing this weekend.

‘Strictly Come Dancing protocols mean that all being well, they will return the following week.’ 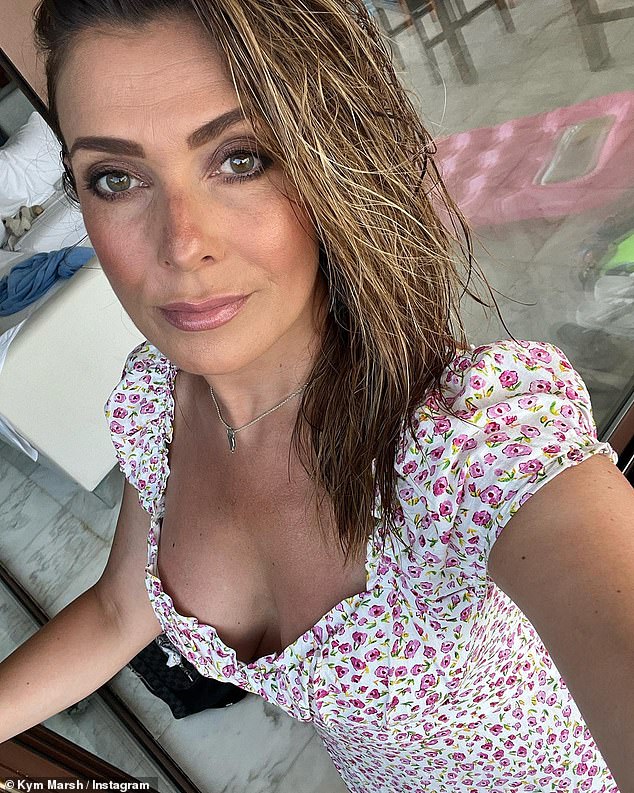 Bad luck! It come after Kym Marsh was given a week off performing this week after she tested positive for Covid – a fortnight after she almost quit show over a ‘crippling panic attack’ (stock image)

The announcement comes just two weeks after Kym admitted she nearly quit the show after suffering a crippling panic attack just hours before the live show.

The television star was said to have burst into tears before she was consoled by twinkle-toed star Graziano, 28, ahead of a live show that aired last month.

Former Coronation Street actress Kym, who is said to have contemplated quitting the contest due to her overwhelming anxiety, told The Sun: ‘It just came over me, almost out of nowhere, and I couldn’t carry on.’ 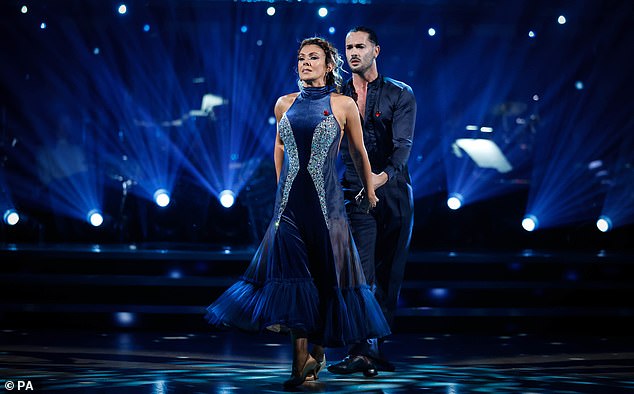 Lots of emotions: The television star, 46, was said to have burst into tears before she was consoled by twinkle-toed star Graziano, 28, ahead of a live show that aired last month

It is claimed Kym struggled to continue dancing, prompting producers to comfort her as she calmed down, and hours later she took to the floor again during the live show and completed her dance.

Former Hear’Say singer Kym added: ‘I’ve always suffered from panic attacks. It’s something I don’t mind talking about because I know it can affect anyone at any time.

‘Sometimes it has been ages (since an attack) and then suddenly one just hits.

‘Everyone thinks that because you’re on the telly you must be amazingly confident, but the truth is that I’m not always and this is how that comes out.’ 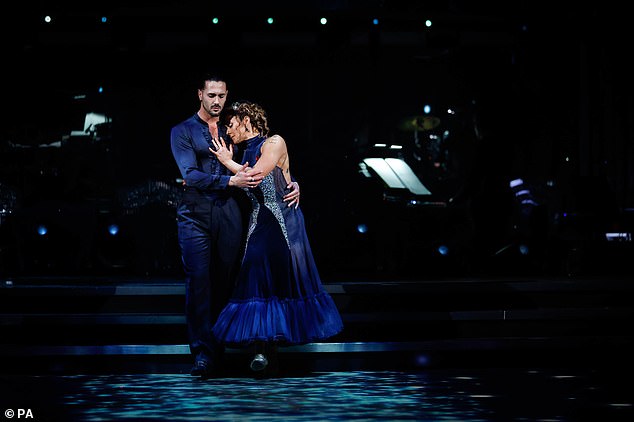 Strictly Come Dancing 2022: Kym Marsh dedicated the American Smooth to her late son Archie as she and partner Graziano Di Prima were awarded 31 points during Couples’ Choice week on Saturday

She added that she did not know what brought on the panic attack, surmising that it could have been that she’d had some harsh comments from the judges combined with the fact she’d also been working other jobs, leaving her emotional and exhausted.

Kym said she ‘lost her confidence completely’ and ‘went to pieces’, admitting she did not see how she could carry on with the show.

Despite having therapy in a bid to curb her anxiety, Kym said it can still ‘creep up’ on her.

Meanwhile, Kym and Graziano were awarded 31 points for their American Smooth to Chasing Cars by Snow Patrol during the eighth episode of the show, which she dedicated to her late son Archie.

He passed away following a premature birth in February 2009. 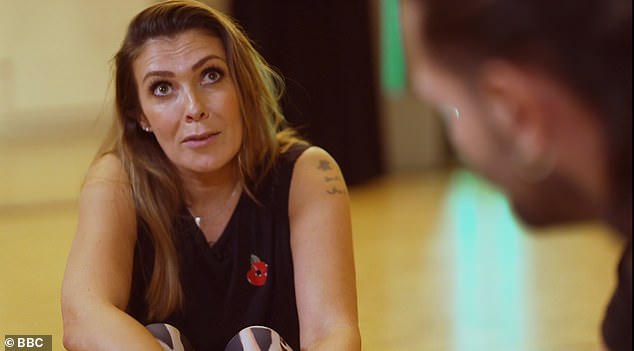 Emotional: The actress said in her VT: ‘It reminds us of my son Archie. I gave birth to him prematurely and unfortunately he died shortly after’

The actress said in her VT: ‘It reminds us of my son Archie. I gave birth to him prematurely and unfortunately he died shortly after.

The emotional star continued: ‘I feel by doing this dance, it will be not only in memory of Archie but get people talking about their own experiences.’

Kym and her ex-husband Jamie Lomas were left heartbroken when their child passed away at just 21 weeks, following a premature birth in February 2009. 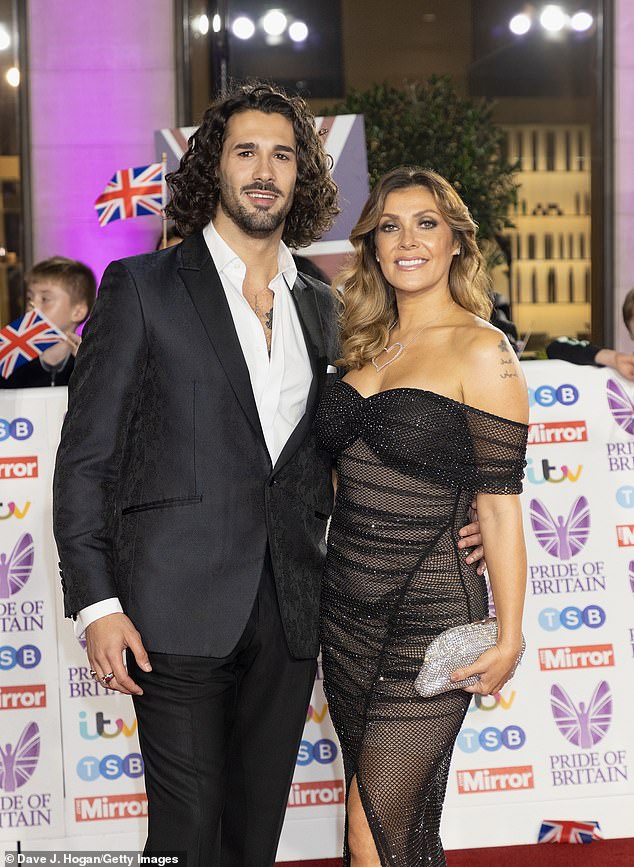 Speaking out: Former Coronation Street actress Kym, who is said to have contemplated quitting the contest, said her panic attack ‘just came over me, almost out of nowhere’

STRICTLY COME DANCING 2022: WHO ARE THE CONTESTANTS?

Kym says: ‘I’m so delighted that this year they have! I’m a huge fan of the show and can’t believe I’m going to go from watching at home in my pyjamas to actually dancing in front of the judges in a glittery dress.’

Ellie says: ‘To be asked to be part of the Strictly family is just so exciting and I cannot wait, it’s going to so much fun.’

Tyler says: ‘It’s a show that means so much to me and my family and I can’t wait to seriously shake a leg on that shiny dance floor… with a side of sequins.’

Ellie says: ‘Well, cover me in fake tan and roll me in sequins! I’m absolutely over the moon to be a part of Strictly 2022!’

Tony says:  ‘To say I’m excited is an understatement – the lure of the sequins and the call of the salsa has me swapping my battered old football boots for a set of Strictly soft shoes’

Will says: ‘I know it will be a huge challenge but that’s what life is all about. This is also my Mum’s favourite show and she’s had a really tough few years so I’m doing this is for her as well. Bring it on!’

Molly says: ‘I already know it’s gonna be an experience of a lifetime and I can’t wait to meet the rest of the Strictly family I’ll be sharing it with.’

Fleur says: ‘I’m equally nervous and thrilled to be part of this year’s Strictly line up. I’m excited to learn new skills and I want to soak up every moment of this magical experience.’

Hamza says: ‘I am absolutely over the moon to be joining Strictly 2022. Never in a million years did I think I’d be on such a cool show.’ 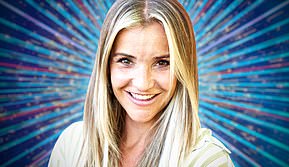 Helen says: ‘I’m really excited to get stuck into a fun adventure. My family and friends have always loved the show and can’t wait for me to get started’