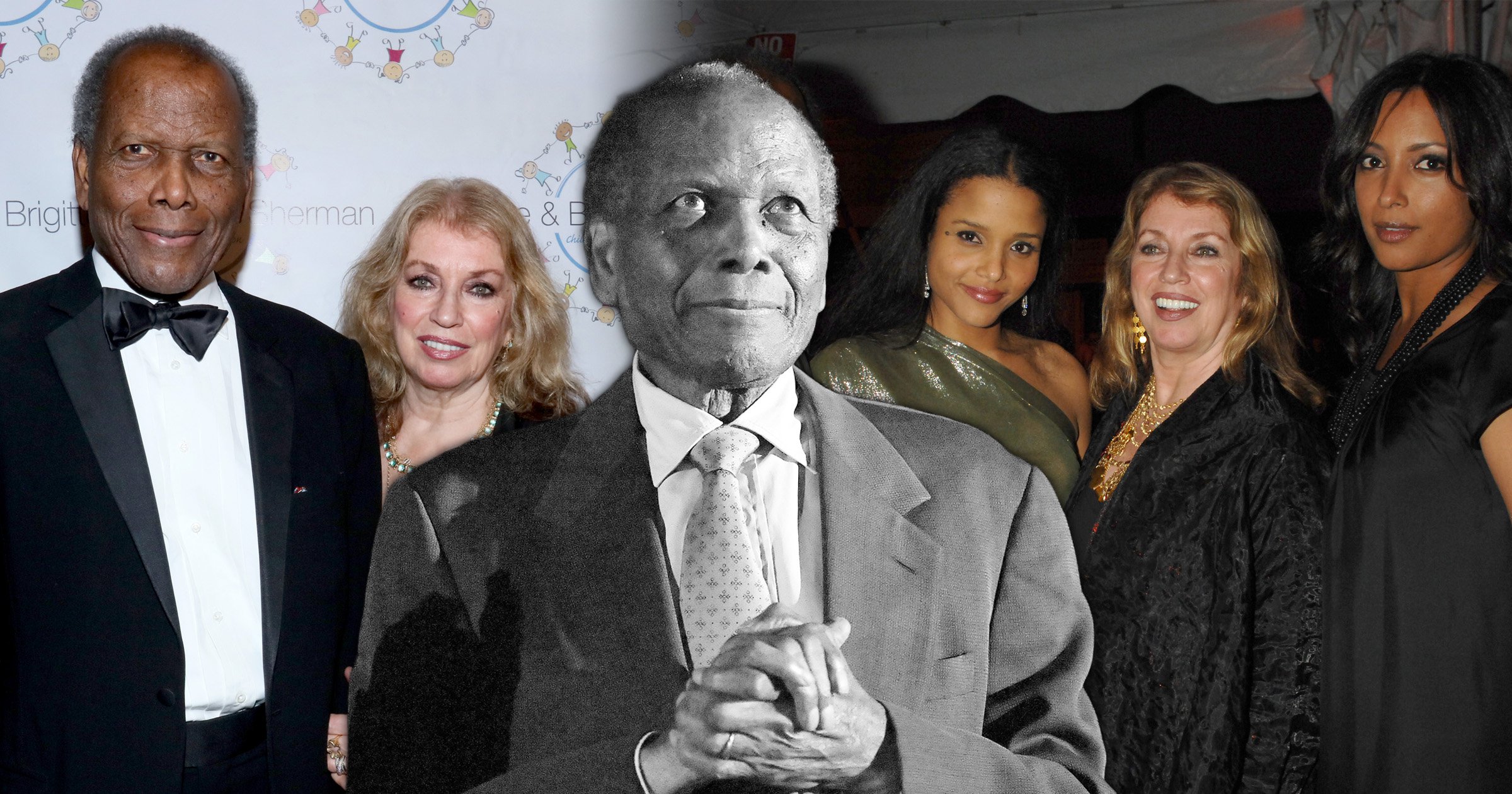 Sidney Poitier’s family has issued a statement in the aftermath of the actor’s death aged 94 on Thursday, praising him as their ‘guiding light’ and noting his ‘extraordinary life, his unwavering sense of decency and respect for his fellow man’.

‘There are no words to convey the deep sense of loss and sadness we are feeling right now. We are so grateful he was able to spend his last day surrounded by his family and friends,’ the statement, issued to People Magazine by publicist Mara Buxbaum on behalf of the Poitier family, began.

It continued: ‘To us Sidney Poitier was not only a brilliant actor, activist, and a man of incredible grace and moral fortitude, he was also a devoted and loving husband, a supportive and adoring father, and a man who always put family first.

‘He is our guiding light who lit up our lives with infinite love and wonder. His smile was healing, his hugs the warmest refuge, and his laughter was infectious. We could always turn to him for wisdom and solace and his absence feels like a giant hole in our family and our hearts.

‘Although he is no longer here with us in this realm, his beautiful soul will continue to guide and inspire us. He will live on in us, his grandchildren and great-grandchildren — in every belly laugh, every curious inquiry, every act of compassion and kindness.’

‘His legacy will live on in the world, continuing to inspire not only with his incredible body of work, but even more so with his humanity,’ it added.

Thanking the Oscar-winning actor and activist’s fans, the family also noted that the ‘for all the love you’ve shown him, he loved you back’.

‘We would like to extend our deepest appreciation to every single one of you for the outpouring of love from around the world. So many have been touched by our dad’s extraordinary life, his unwavering sense of decency and respect for his fellow man. His faith in humanity never faltered, so know that for all the love you’ve shown him, he loved you back.’

Married twice, Poitier is survived by his second wife, Joanna Shimkus, as well as five of his six daughters: Beverly, Pamela, Sherri, Anika and Sydney.

His daughter Gina Poitier died in 2018.

One of the last stars of the Golden Age of Hollywood, Poitier was best known for his work during the 50s and 60s, including The Defiant Ones, To Sir, With Love and In The Heat Of The Night, and helped pave the way for generations of African-American actors.

Tributes for the star poured in from Hollywood stalwarts including Whoopi Goldberg, Oprah Winfrey, Reese Witherspoon and Bond actor Jeffrey Wright, while Barack Obama, who awarded Poitier with the Presidential Medal of Freedom in 2009, said the actor ‘epitomized dignity and grace’ and ‘opened doors for a generation of actors’.

The Prime Minister of the Bahamas, Philip Davis, held a press conference during which he reflected on Poitier’s legacy.

He stated: ‘Our whole Bahamas grieves. But even as we mourn, we celebrate the life of a great Bahamian.

‘A cultural icon, an actor and film director, civil and human rights activist and a diplomat.

‘We admire the man not just because of his colossal achievements, but also because of who he was.

‘His strength of character, his willingness to stand up and be counted and the way he plotted and navigated his life’s journey.

‘The boy who moved from the tomato farm to become a waiter in the United States, a young man who not only taught himself to read and write, but who made the expression of words and thoughts and feelings central to his career.’

Born in Miami, Florida, in 1927 while his Bahamian farmer parents were visiting, Poitier was the youngest of seven children.

He returned to America aged 15 and worked in a string of low-paid jobs until he later joined the American Negro Theatre, which had been set up as a community project in Harlem in 1940.

His first major role came in Aristophanes’ comedy Lysistrata in 1946 but by 1949 he had moved away from theatre and into film.

In 1964, he was awarded an Oscar for 1963’s Lilies Of The Field, in which he played a Baptist handyman who builds a chapel for a group of Roman Catholic nuns, and became the first Black winner of the best actor trophy.

The Academy said on Twitter following his death: ‘Poitier was barrier-breaking and an enduring inspiration who advanced US racial dialogue through his art. Few movie stars have had or will have the influence Poitier had both on and off screen.’

The actor was granted an honorary knighthood in 1974 through his Bahamian heritage and in 1995 he received the Kennedy Centre Honour.