Shiloh Jolie-Pitt showed off her cool street style after an LA dance class on Friday, sporting a David Bowie tee and Chuck Taylors to boot.

Let’s dance! Shiloh Jolie-Pitt channeled some serious rock star vibes on Friday when she left a dance class in Los Angeles, CA sporting a David Bowie t-shirt. The 15-year-old looked cool and stylish wearing the black Bowie shirt, black Adidas track pants, and black Converse sneakers. She also wore her hair back in a casual, mid-length ponytail, exiting the dance class with a water bottle and a backpack. 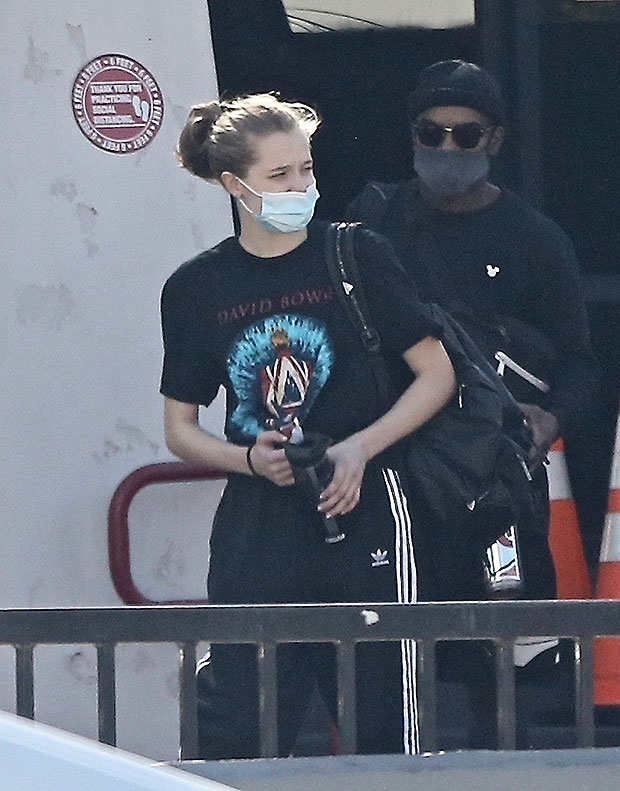 Shiloh has definitely shown her David Bowie fandom before, as she was recently spotted out in London with mom Angelina Jolie, 46, hitting up the rock star legend’s pop-up shop on Heddon. Perhaps that’s where the teen snagged her sweet t-shirt! While on the shopping trip, Shiloh also showed off her love of black, wearing an “Italia Roma” black hoodie, jean shorts, and black boots. She also paired the look with a  black face mask, matching her mom for the outing. In addition, Knox, 13, and Zahara, 16 were present for the shopping trip, also sporting casual cool looks. 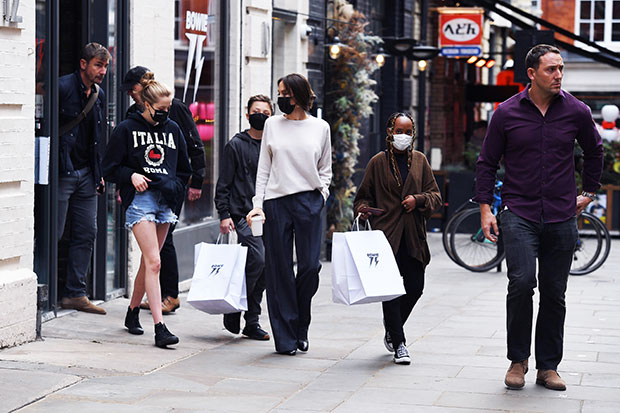 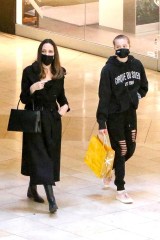 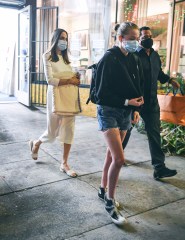 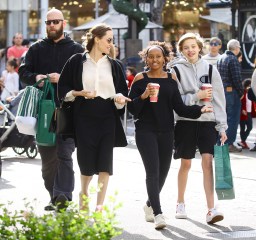 Shiloh has been travelling the world with mom Angelina as the actress promotes her new Marvel film Eternals. While in London, Angie also brought Shiloh’s brothers and sisters, Maddox, 20, and Vivienne, 13, to the red carpet premiere, followed by a cast party at a private members’ club. The Oscar winner also brought Shiloh and sister Zahara for the Eternals premiere in Rome on Oct. 24, while five out of the six kids were there for the L.A. premiere on Oct. 18.

Shiloh continued to be on her fashion game for all these events, opting for a sleeveless beige number at the LA premiere which belonged to. Then, in Rome, the teen wore a black velvet gown and added her signature flair with a bright yellow pair of sneakers. At the London premiere she wore a white dress with a black design. In addition to Shiloh, sister Zahara wore mom’s old Elie Saab dress for the LA event, recalling Angelina’s sparkling, sheer glamour from the 2014 Oscars.