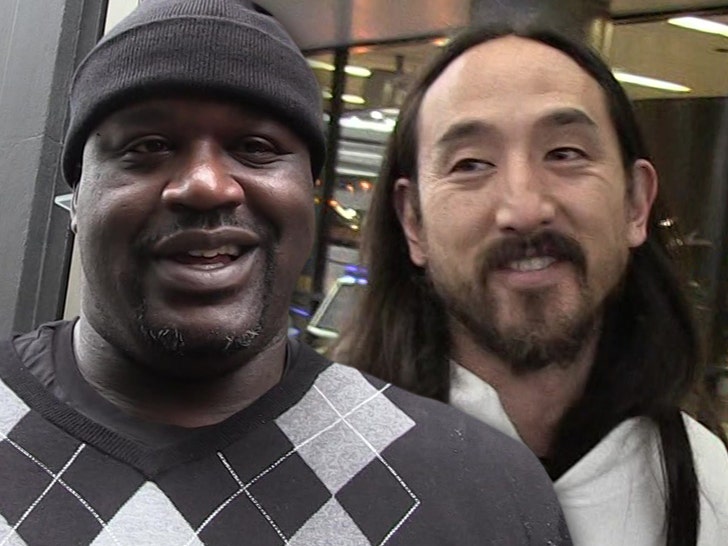 Shaq is back on the mic — the NBA legend just teamed up with EDM superstar Steve Aoki to drop a new banger … and the song is 🔥🔥🔥!!

Shaquille O’Neal — AKA DJ Diesel — dusted off his notebook and came up with some words for “Welcome to the Playhouse” … rapping about being at the top of the game and partying like crazy.

“Do you know what the cost to be the boss is? ‘Til you got more endorsements than loses,” the Hall of Famer raps … adding, “Do you want Shaq to put you in your place? I’ll make Steve throw a cake in your face.”

Aoki was clearly pleased with Shaq’s performance … sharing a behind-the-scenes vid of when he first heard the verse.

O’Neal even sprinkled some hoop terms into his verse … saying, “Turn your wrist overshoot a jump shot. Follow through then you won’t get blocked.”

FYI — Aoki had been teasing the collab all week … posting a pic with Shaq (but cropping the big man’s head out).

As we previously reported, Shaq has been welcomed with open arms in the DJ universe … with Diplo telling us back in 2019 the ex-Laker has all the skills needed to kill it in the industry. 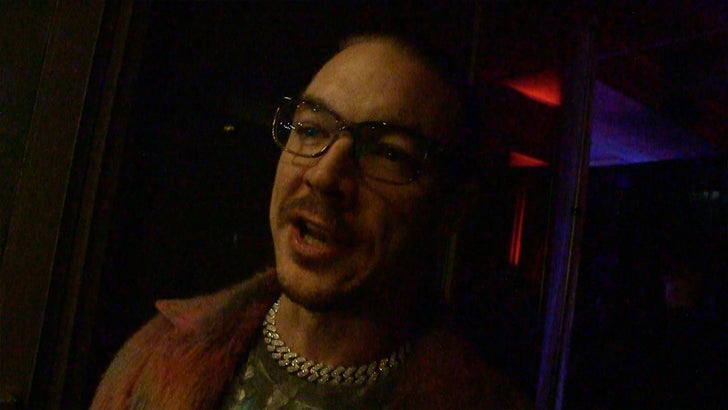 Now that the new song is out, it’s time to rage — and just in time for Shaq’s annual Funhouse Super Bowl bash in L.A. next month.