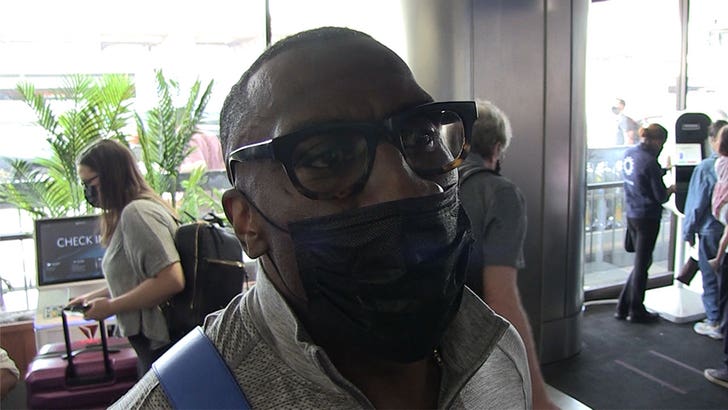 LeBron James can’t put ALL of the blame on the NBA for the rash of injuries this season … so says Shannon Sharpe, who tells TMZ Sports players deserve some of the finger-pointing too!

Sharpe broke it all down for us at LAX this week — saying despite Bron’s claims … the players did NOT have to start the 2021 season in December if they truly didn’t want to.

“Look, the NBA wanted to recoup some money, they were in a pandemic and lost money,” Sharpe says, “but the players wanted to get those paychecks.”

“They couldn’t play without the NBA and the [NBA Players Association] agreeing. So, everybody’s equally culpable because they needed the money and the players wanted the paycheck. It is what it is.”

James was furious with the league earlier this week … melting down on Twitter and insisting injuries to Kawhi Leonard, Anthony Davis and Kyrie Irving were all caused by the league rushing to return in Dec. despite ending the 2020 season in October.

The league fired back at the Lakers superstar, saying the injury rates are actually the same from previous seasons — but Sharpe did say it does feel different this year because of the nature of the high-profile injuries.

As for LeBron’s future, Sharpe called B.S. on any sort of falloff from the King … saying straight up, “LeBron will be just fine!”

“Take a look at him next year when he has the full amount of rest time and have a full offseason to train.”