Sarah Michelle Gellar was joined by her pals, including ‘The Hills’ alum Lauren Conrad, for a beachy birthday getaway. See the gorgeous pics!

Buffy The Vampire Slayer actress Sarah Michelle Gellar has celebrated her 44th birthday in style! The A-lister jetted off to Cabo for a sunny, Mexican getaway, and was accompanied by her pals including former reality star Lauren Conrad. In photos taken on April 22, Sarah was seen rocking a black tankini, featuring a top with a high neckline and matching bottoms. She paired the two-piece with dark shades and some beaded bracelets as she walked through the water at her beach house. 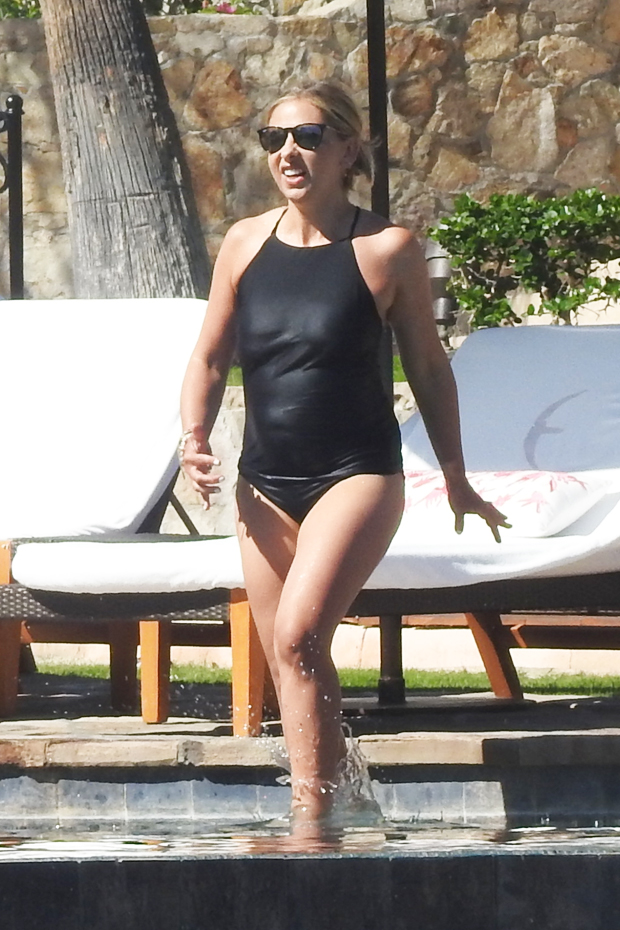 Earlier in the week, she took to Instagram to share a stunning snap of herself in that same pool, with her face titled toward the sun. The top of her black swimsuit was also on display, and she looked positively radiant. “Yup….I remember how to do this,” she captioned the pic. “I was actually concerned I wouldn’t remember how to relax but thankfully it’s like riding a bike.”

Sarah also revealed she left her two children at home, as she prepared herself for some much deserved rest. “Well I finally did it….on a plan, no kids, heading off for some me time,” she wrote on social media. “And not the 2020 kind where I lock myself in my closet to do Zooms in a modicum of peace.” In other social media snaps, The Hills alum Lauren Conrad could be seen posing with Sarah and her pals on the beach. The group also dined in front of the ocean, while the birthday girl posed in front of a massive fireworks display!

The Scooby Doo star has also been in the spotlight in recent months after her former co-star Charisma Carpenter accused Buffy boss Joss Whedon of abusing his power on the set of the iconic show. The actress, who played Cordelia Chase, alleged that the series’ creator and director had a “history of being casually cruel.” In response Sarah said that she “stands with survivors”, writing in a February 10 Instagram post, “While I am proud to have my name associated with Buffy Summers, I don’t want to be forever associated with the name Joss Whedon.” She continued, “I am more focused on raising my family and surviving a pandemic,” but, she added, “I stand with all survivors of abuse and am proud of them for speaking out.”