The ‘Sex And The City’ star’s twin girls paid her a sweet visit, while she was on the set of the reboot, and Sarah Jessica Parker seemed very happy to have both her daughters at work.

It was a sweet mommy-daughter moment, as Sarah Jessica Parker, 56, greeted both her daughters while filming And Just Like That on Wednesday October 20. Both the 12-year-old twins Tabitha Hodge and Marion Loretta Elwell Broderick looked excited to get to see their mom at work. Sarah also gave Tabitha a big hug, as they spent time behind the scenes of the new TV series. 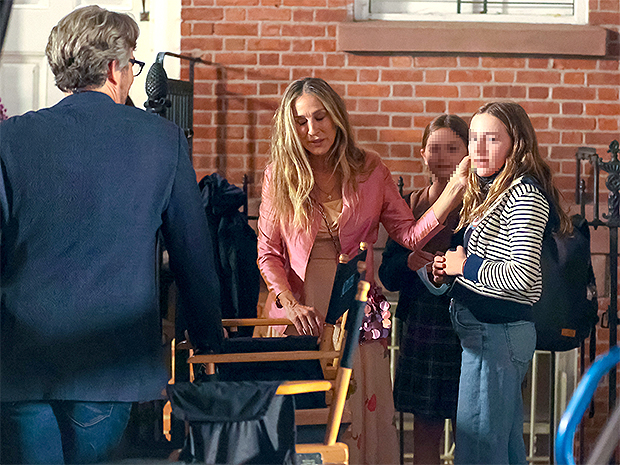 Both of the girls were dressed casually. Tabitha wore a white hoodie with black stripes and a pair of jeans. Marion sported a brown shirt with a dark cardigan and a plaid checkered skirt. Each girl also had face masks with them. It’s not clear if Sarah was in costume for her role as Carrie Bradshaw, but she rocked a bright pink jacket over a yellow dress with a floral design all over the skirt, as she greeted both of the twins.

Sarah has been hard at work filming And Just Like That, and many photos from the set have been released, making fans excited for the SATC reboot. While many have shown Sarah looking fabulous, fans were also shocked to see her filming a scene with Jon Tenney where it seemed the two actors were playing love interests. Fans were wondering if something happens to Chris Noth‘s iconic character Mr. Big, which led to the all new love interest.

'And Just Like That' Photos: SJP & Chris Noth Return To Paris 17 Years After 'SATC' Finale 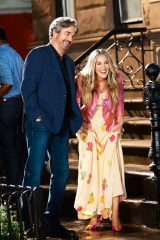 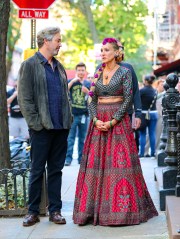 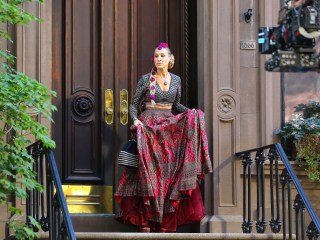 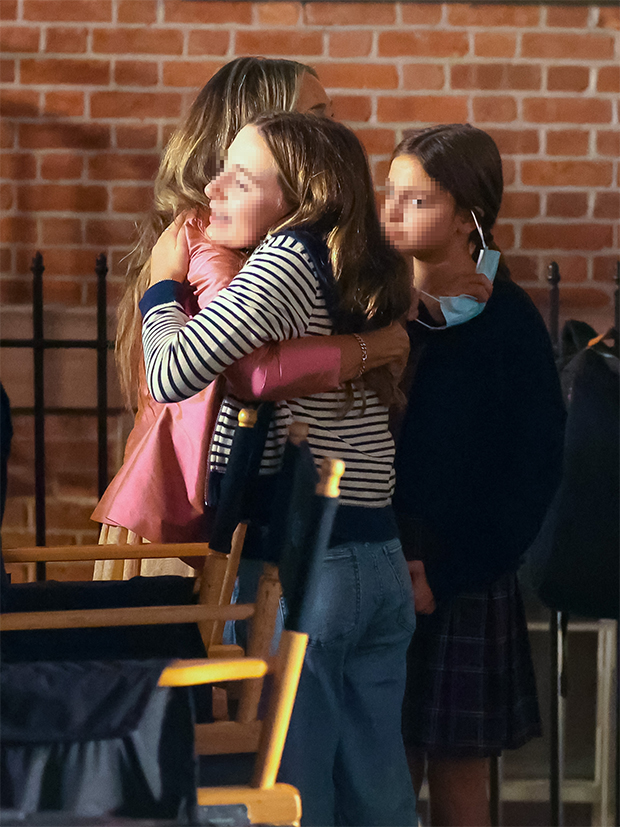 While working on And Just Like That, Sarah’s longtime co-star Willie Garson also passed away after a longtime battle with pancreatic cancer. Shortly after his death, the actress took to Instagram to share a touching tribute to her co-star. “Willie. I will miss everything about you. And replay our last moments together. I will re-read every text from your final days and put to pen our last calls,” she wrote in part.

Sarah shares the daughters with her husband Matthew Broderick, whom she also has an 18-year-old son James with. While she mostly keeps her daughters out of the spotlight the Hocus Pocus actress was spotted with the twins and her husband at the beach back in August, when she showed off her gorgeous tan in a black bathing suit.