The statement was made following Alec Baldwin’s televised interview on Thursday about the on-set accident that killed the cinematographer.

“Mr. Baldwin’s statements that he is troubled or surprised that Matthew Hutchins did not file the first lawsuit fails to appreciate the magnitude of Mr. Hutchins’ unimaginable suffering,” attorney Gary A. Dordick told Fox News. “Mr. Hutchins will undoubtedly make decisions about any potential litigation when he is ready. It is not for a negligent defendant in a lawsuit to give advice or opinions on who and when should file a lawsuit.”

To note, Baldwin did not say he was “troubled or surprised” the widower didn’t file first. A spokesperson for the mourning father didn’t immediately respond to Fox News’ request for comment. 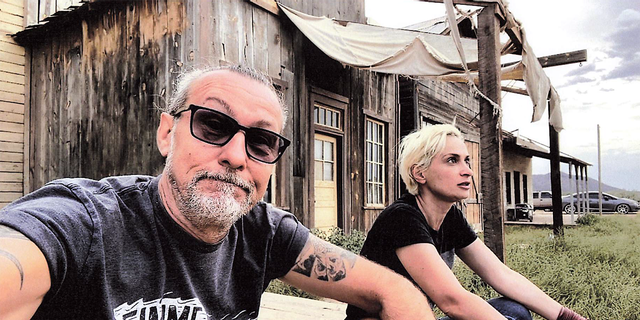 During the emotional sit-down on ABC, Baldwin told the host he didn’t pull the trigger on a prop gun he was holding on the New Mexico film set that killed the 42-year-old.

The special was Baldwin’s first sit-down since the Oct. 21 shooting on the set of the Western film. Authorities have said the actor was told the gun was safe to handle but continue to investigate how a live round ended up in the weapon.

At one point, Baldwin broke down in tears while describing Hutchins. Director Joel Souza was also wounded.

The statement was made following Alec Baldwin’s televised interview with ABC’s George Stephanopoulos on Thursday about the on-set accident that killed the cinematographer.
(Jim Spellman/Getty Images)

When asked how a live round ended up on set, Baldwin responded, “I have no idea.”

“Someone put a live bullet in a gun, a bullet that wasn’t even supposed to be on the property,” he said.

He claimed she died as a result of both “negligence and unprofessionalism.”

“To save a dime sometimes you hire people who are not fully qualified for the complicated and dangerous job, and you risk the lives of the other people who are close and your lives as well,” Svetnoy wrote. “I understand that you always fight for the budget, but you cannot allow this to happen.”

“It is true that the professionals can cost a little more and sometimes can be a little bit more demanding, but it is worth it. No saved penny is worth the LIFE of the person!” he continued.

In his post, Svetnoy confirmed he was standing next to Hutchins when she was shot and held her as she died.

“Yes, I was standing shoulder-to-shoulder with Halyna during this fatal shot that took her life and injured the director Joel Souza,” Svetnoy recalled. “I was holding her in my arms while she was dying. Her blood was on my hands.”

Halyna Hutchins has been described as a gifted filmmaker among her peers.
(Mat Hayward/Getty Images for AMC Networks)

Investigators have described “some complacency” in how weapons were handled on the “Rust” set. They have said it is too soon to determine whether charges will be filed, amid independent civil lawsuits concerning liability in the fatal shooting.

On Wednesday, Matthew attended TheWrap’s “Power Women Summit” at the London West Hollywood, which paid tribute to his late wife’s life and legacy.

According to the outlet, American Film Institute Dean Susan Ruskin announced that “our community is rocked by the loss.” She also thanked Matthew, who announced the formation of an AFI scholarship fund in his wife’s name. On Twitter, he encouraged “anyone seeking to honor her memory” by donating to the scholarship fund, which supports aspiring female cinematographers.

According to her website, Hutchins grew up on the Soviet base in the Arctic Circle and was “surrounded by reindeer and nuclear submarines.” She received a graduate degree in international journalism from Kyiv National University in Ukraine, worked on British documentary productions in Eastern Europe and graduated from the American Film Institute Conservatory in 2015.

Halyna Hutchins is survived by her husband and their son.
(Fred Hayes/Getty Images for SAGindie)

Before “Rust,” her credits included the crime drama “Blindfire” and the horror film “Darlin.” At the time of her death, director Adam Egypt Mortimer, who worked with her on the 2020 thriller “Archenemy,” said she had a powerful sense of confidence and an inspiring openness to challenges.

Hutchins is survived by her husband and their son.

Fox News’ Jessica Napoli and The Associated Press contributed to this report.