Team Kap. Rihanna confirmed in a new interview that she turned down the Super Bowl LIII Halftime Show in solidarity with Colin Kaepernick.

“Absolutely,” the nine-time Grammy winner, 31, said in her November 2019 cover story for Vogue. “I couldn’t dare do that. For what? Who gains from that? Not my people. I just couldn’t be a sellout. I couldn’t be an enabler. There’s things within that organization that I do not agree with at all, and I was not about to go and be of service to them in any way.” 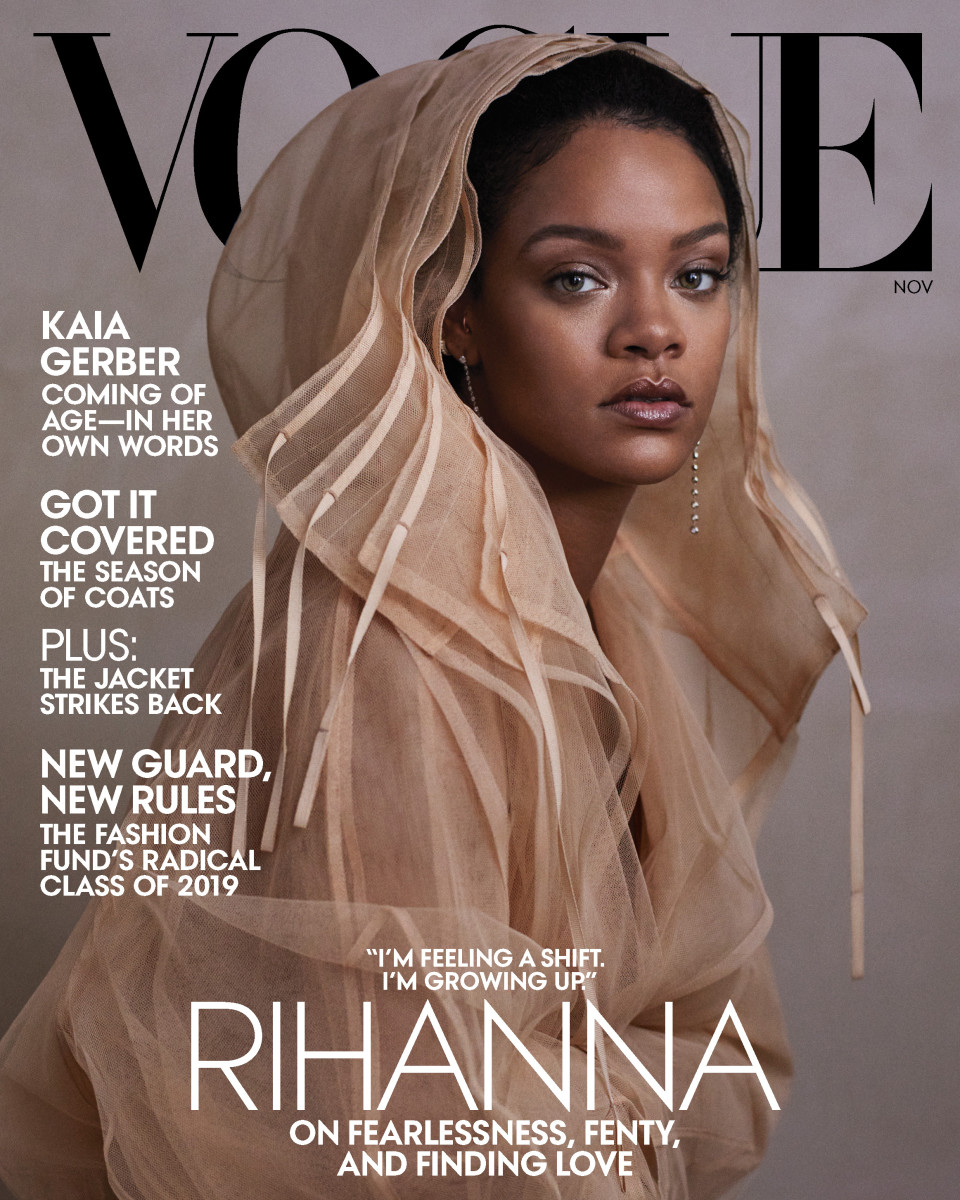 Us Weekly exclusively reported in October 2018 that Rihanna had declined an offer to perform at the NFL championship game in support of the former quarterback, 31, who was the first player to kneel during the national anthem as a peaceful protest against police brutality and racism.

“The NFL and CBS really wanted Rihanna to be [the 2019] performer in Atlanta,” a source told Us at the time. “They offered it to her, but she said no because of the kneeling controversy. She doesn’t agree with the NFL’s stance.”

Pink also turned down an offer to headline the February halftime show, which ultimately went to Maroon 5 and their special guests, Travis Scott and Big Boi of Outkast.

Kaepernick became a free agent after he refused to stand during the national anthem in the midst of the 2016 season. He filed a grievance against NFL and its owners in 2017, accusing them of colluding to keep him off the field. The athlete reached a confidential settlement with the league in February.

“For the past several months, counsel for Mr. Kaepernick and [Carolina Panthers safety Eric Reid] have engaged in an ongoing dialogue with representatives of the NFL,” Kaepernick’s attorneys, Mark Geragos and Ben Meiselas, said in a statement to Us at the time. “As a result of those discussions, the parties have decided to resolve the pending grievances. The resolution of this matter is subject to a confidentiality agreement so there will be no further comment by any party.”

In a separate statement, the NFL Players Association said, “We continuously supported Colin and Eric from the start of their protests, participated with their lawyers throughout their legal proceedings and were prepared to participate in the upcoming trial in pursuit of both truth and justice for what we believe the NFL and its clubs did to them. We are glad that Eric has earned a job and a new contract, and we continue to hope that Colin gets his opportunity as well.”

Jennifer Lopez and Shakira are set to headline the Super Bowl LIV Halftime Show in February 2020.