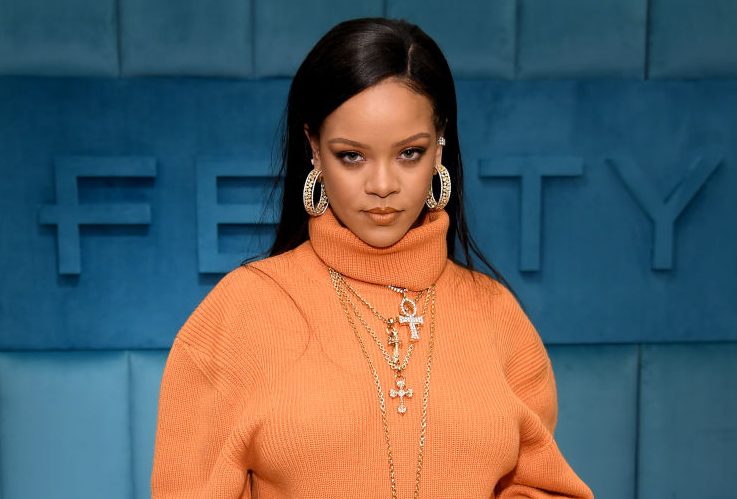 Rihanna and Zayn Malik have joined stars speaking out amid the growing Israeli-Hamas violence, as fears for a full-scale war grow.

At least 65 people have been killed in Gaza, including 16 children, while Israel says seven people have died there, including a soldier and one Indian national, since Monday.

Israel has warned that it will not consider a ceasefire until there is ‘total, long-term quiet’, as it continued to bombard Gaza with air strikes.

A number of stars have spoken out amid the devastation, with Rihanna calling for a resolve and the bloodshed to stop.

In a post shared on her Instagram, which has racked up more than 1million likes so far, the We Found Love singer wrote: ‘My heart is breaking with the violence I’m seeing displayed between Israel and Palestine! I can’t bare to see it!

‘Innocent Israeli and Palestinian children are hiding in bomb shelters, over 40 lives lost in Gaza alone, at least 13 of whom were also innocent children!

‘There needs to be some kind of resolve! We are sadly watching innocent people fall victim to notions perpetuated by government and extremists and this cycle needs to be broken! [sic].’

Rihanna captioned the post: ‘I stand with humanity! This ain’t it y’all!’

Zayn posted a string of infographics on his Instagram page, informing his fans of what was happening.

‘I stand with the Palestinian people and support their resistance to colonisation and protection of their human rights,’ the Pillowtalk star wrote beside the post.

‘My heart aches for the families who have lost loved ones. We can not stand as silent witnesses to children being orphaned and murdered and not demand for the human rights of all Palestinians! This must end. Free Palestine.’

In the wake of the violence, Bella and Gigi Hadid, whose father Mohamed is Palestinian, took to social media to stand with the people of Palestine and explain the situation to their followers.

Bella, 24, shared an infographic explaining the conflict between Palestine and Israel, and wrote: ‘There is NO place for this!!! Especially in 2021!!!! It has always been #freepalestine. ALWAYS. I have a lot to say about this but for now, please read and educate yourself.

‘This is not about religion. This is not about spewing hate on one or the other. This is about Israeli colonisation, ethnic cleansing, military occupation and apartheid over the Palestinian people that has been going on for YEARS!

‘I have been told my entire life that who I am: a Palestinian woman – is not real. I’ve been told my father does not have a birth place if he is from Palestine. And I am here to say. Palestine is very much real and the Palestinian people are here to stay and coexist. As they always have.’

Gigi uploaded a black-and-white quote which read: ‘One cannot advocate for racial equality, LGBT & women’s rights, condemn corrupt & abusive regimes and other injustices yet choose to ignore the Palestinian oppression. It does not add up.

Gal Gadot opened up about her ‘heartbreak’ over the mounting violence, and confessed she’s ‘worried for her family’.

The Wonder Woman actress, who was born in Israel, spoke out about the airstrikes on Twitter.

‘This is a viscous cycle that has been going on far too long. Israel deserves to live as a free and safe nation, our neighbours deserve the same.’

‘I pray for the victims and their families, I pray for this unimaginable hostility to end, I pray for our leaders to find the solution so we could live side by side in peace.

‘I pray for better days.’

Hostilities between Israel and Hamas escalated with each side launching a series of aerial bombardments in some of the region’s worst violence since 2014.

The violence mounted following demonstrations in Jerusalem, where 300 Palestinians were injured in a police raid on the al-Aqsa Mosque compound in Jerusalem, one of the holiest sites in Islam.

Israeli Prime Minister Benjamin Netanyahu has warned that militants will ‘pay a very heavy price’ for the rockets which reached Jerusalem, while the United Nations’ Middle East peace envoy Tor Wennesland has called for de-escalation.

He tweeted: ‘Stop the fire immediately. We’re escalating towards a full scale war. Leaders on all sides have to take the responsibility of de-escalation.

‘The cost of war in Gaza is devastating & is being paid by ordinary people. UN is working w/ all sides to restore calm. Stop the violence now.’

If you’ve got a celebriy story, video or pictures get in touch with the Metro.co.uk entertainment team by emailing us [email protected], calling 020 3615 2145 or by visiting our Submit Stuff page we’d love to hear from you.