To mark his and daughter Lucia’s joint Christmas Eve birthdays, Ricky Martin shared sweet footage of the pair on the beach in Puerto Rico.

Ricky Martin gave his fans a rare glimpse at his daughter Lucia Martin Yosef in honor of the pair’s birthdays on Christmas Eve. The “Latin Pop God,” who turned 50 on December 24, the same day that his daughter turned 3, posted sweet footage to Instagram of the pair on the beach in Puerto Rico during their holiday getaway. Ricky credited husband Jwan Yosef, 37, with taking the adorable footage, which included two photos and a video.

In the first image, Ricky sweetly grabbed ahold of Lucia’s hand, as the father-daughter duo walked though the sand. The second photo featured the “Livin’ La Vida Loca” crooner holding his baby girl in his arms while looking out at the beautiful scenery. In the video that Ricky posted, Lucia ran at full speed towards her famous father, who was waiting at the edge of the beach and ocean. Once he picked up Lucia in his arms, Ricky walked out further into the water.

Ricky wrote out the caption of his post in Spanish, and in it he paid tribute to Lucia on their joint birthday. “This pretty girl has her birthday the same day as me. The 24th of December. Lucia Martin-Yosef, the light in my eyes, my inspiration, my motivation,” Ricky said. “You are the head of the house and we love it that way. I love you with all my being. Congratulations my daughter.” 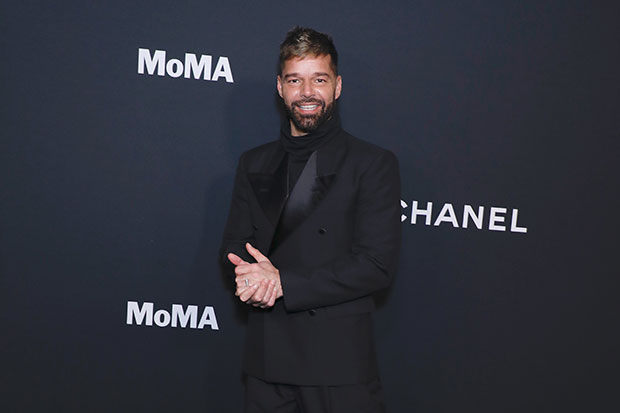 It’s not often that Ricky posts photos of his children to social media. The Puerto Rican pop star is also a proud father to 13-year-old twin sons Matteo and Valentino, whom he welcomed nearly a decade before he got married to Jwan in 2017. In addition to Lucia, the couple share 2-year-old son Renn. All four of Ricky’s children were carried via a surrogate.

In June 2021, Ricky told People that he would like more children when the time is right. “There are embryos frozen,” he told the outlet. “I remember every Sunday in my grandparents’ house — we were 34 grandkids. I always said, ‘One day, I want to open the door to my house and see many kids running at me saying, ‘Daddy, Daddy, Dad!’ That’s something I’ve always dreamed of.”