Ricky Gervais’ series After Life, which explores the concepts of life, death, grief and spirituality, saw its latest series air on Netflix earlier this year. On the podcast Under the Skin with Russell Brand, Gervais, who is a self-proclaimed atheist, said he sees the world with as much wonder as “anyone who thinks God made it”.

The comedian and actor spoke candidly with fellow entertainment professional and podcast host Russell Brand about spirituality, ranting on the bad perception atheists get.

He explained his view on religion saying: “I say if you already know right from wrong you don’t need the book.”

Gervais, 61, also admitted he “used to” believe in God, but after considering the topic in depth, came to the conclusion: “I feel I don’t need a god”.

However, Gervais revealed: “The thing that I really object to is people assuming that you can’t be a good person if you don’t believe in a god. 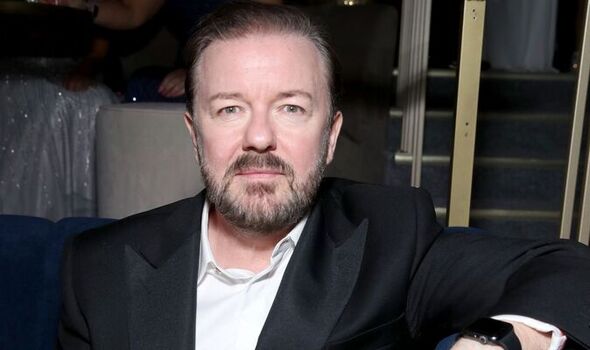 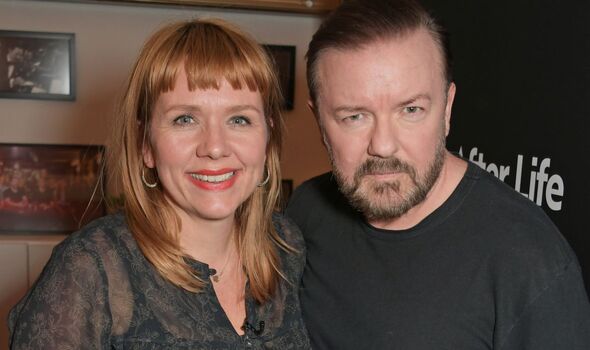 “You shouldn’t judge people by their beliefs, you should judge them by their actual behaviour. I feel I don’t need a structured guidebook outside of my own morality.”

He insinuated this is one of the “myths about atheism”, explaining that by definition atheism is not the belief that there is no god, but rather “there’s no evidence” of a greater being yet.

Deciphering this concept further Gervais reflected: “If we agree that no one knows, we’re all atheists. Now, what do you think? 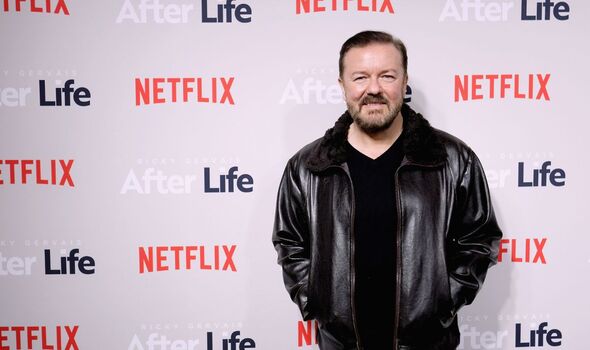 As an outspoken atheist, Gervais revealed people have questioned him asking if evidence was found to prove God existed, would he become religious? He claims he would, but noted a potential issue.

He said: “It wouldn’t even be belief, it would be knowledge. But until we know, I don’t want to live my life by a belief in something I have no evidence in, that’s all.”

Gervais went on to explain he understands and experiences all of the same concepts of wanting to understand the reasoning of life and connection to a greater power that religious people feel, but simply does it “without the belief in god or gods”.

Gervais claimed this was essentially spiritually, saying “religion is something else”.

He added: “Someone’s belief in god has never bothered me, it’s what you do with it.

“It’s when there’s suddenly an agenda that coincidentally favours the person.”

Later in the podcast, the pair would discuss how this “dogma” of getting scripture to match one’s argument has transcended religious conversations, now edging into politics and even pop culture.

Gervais explained this as potentially controversial situations where one side accidentally finds “luckily, God agrees with them”. 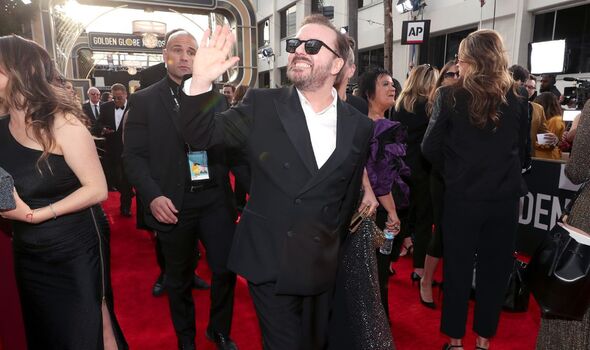 He continued: “We know that everything that’s ever started was written by, usually a man, with an agenda.

“It’s no coincidence that all those rules in the old testament sort of favour certain men.”

Brand agreed with Gervais, saying: “I really, firmly, deeply believe that spirituality is for me, not for me to tell other people: ‘Oi I don’t reckon you should be gay!’.”

Gervais has also recently made viral rounds on social media after his hometown named a garbage truck ‘Ricky Gerwaste’ after him.

He tweeted an image of the truck in early July, captioning the post: “Is there any greater honour than your hometown naming a garbage truck after you?”