Every actor knows where they were when the pandemic hit in 2020. Some were lucky enough to finish up before the hammer came down, some were in the middle of production, but it’s unlikely that many, like Richard Jenkins, were about to shoot their last scene. Jenkins was in Toronto at the time, preparing to wrap his role as Ezra Grindle in Guillermo del Toro’s remake of Nightmare Alley. “We stopped in March,” he recalls. “I had one scene left, and we pulled the plug.”

As if that wasn’t bad enough, when he returned in October, he was forced to quarantine in his hotel for two weeks. “By that I mean I couldn’t go out,” he says. “At all. Try that sometime. Somebody said, ‘How are you doing?’ and I said, ‘Well, I’m marking the days on the wall in my own feces.’ That’s how I was doing: I was literally going mad. I wore a path in the carpet, walking in circles like those animals in the zoo that just keep going around and around.” 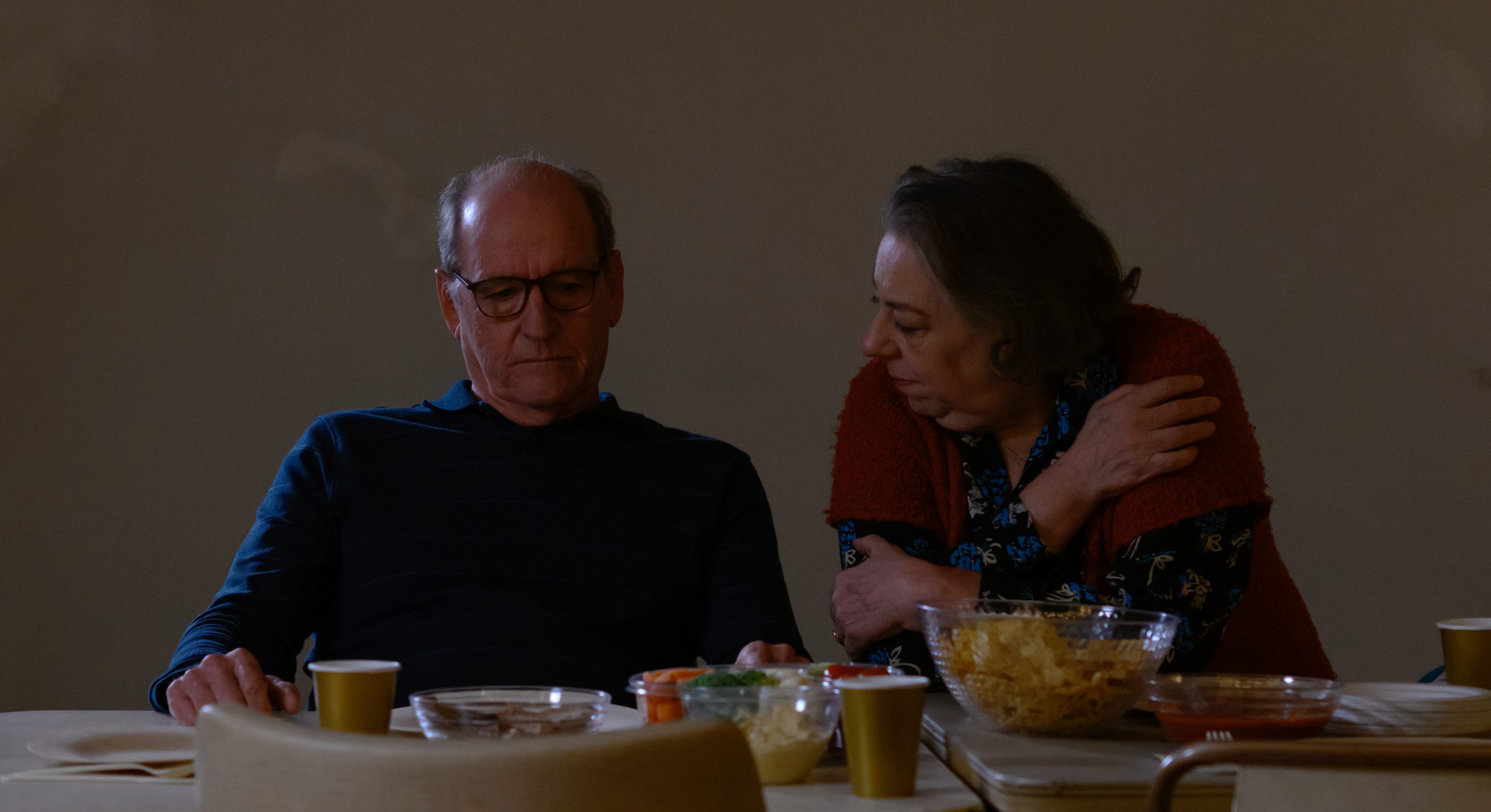 That sense of claustrophobia would have been useful to him in 2019, when the actor was filming his TIFF hit The Humans, written and directed by Stephen Karam, who adapted his own Tony winning play. Jenkins plays Erik, the patriarch of the Blake family, which has gathered at their daughter’s crumbling New York walk-up for Thanksgiving. Over the course of the evening the family’s secrets are revealed, while the damp, ever-darkening, pest-infested apartment seems to swallow them up.

The actor has experienced some grim lodgings in his time as a struggling thesp (“I remember one night flicking a cockroach off my wife’s shoulder while she was sleeping”), but what struck him most about Karam’s drama was its sense of despair. “The first thing I grabbed onto,” he says, “was how close to the precipice this family was, and how many families are on the edge their whole lives. On top of that, it was my character’s fault, and the only time that he references it is when he says, ‘You know what’s crazy is how you still mess up.’ He’s a guy in his 60s—actually, if it was me, he’d be older than that—and you’d think by this time in his life, he’d have figured things out, but he hasn’t. I just thought that was really moving. And terrifying. And angering.”

He’s a youthful 74 now, and while he hasn’t figured everything out, Jenkins certainly knows how to keep on top. If he’d listened to his father, he might not even have become an actor: when he found out about his son’s plans to act, the old man was horrified. “People don’t do that,” he said, exasperated. “I mean, this is a small town in Illinois.” To change his mind, Jenkins’ mother called his drama teacher and said, “My husband’s being unreasonable.” “The teacher said, ‘OK, put him on the phone,’” Jenkins says. “And she told him, ‘All right, you can put your foot down, but if you do, you have to be willing to accept the fact that your son will never forgive you for the rest of his life.’” His father gave in, and if he ever had those doubts after that, he never showed them. 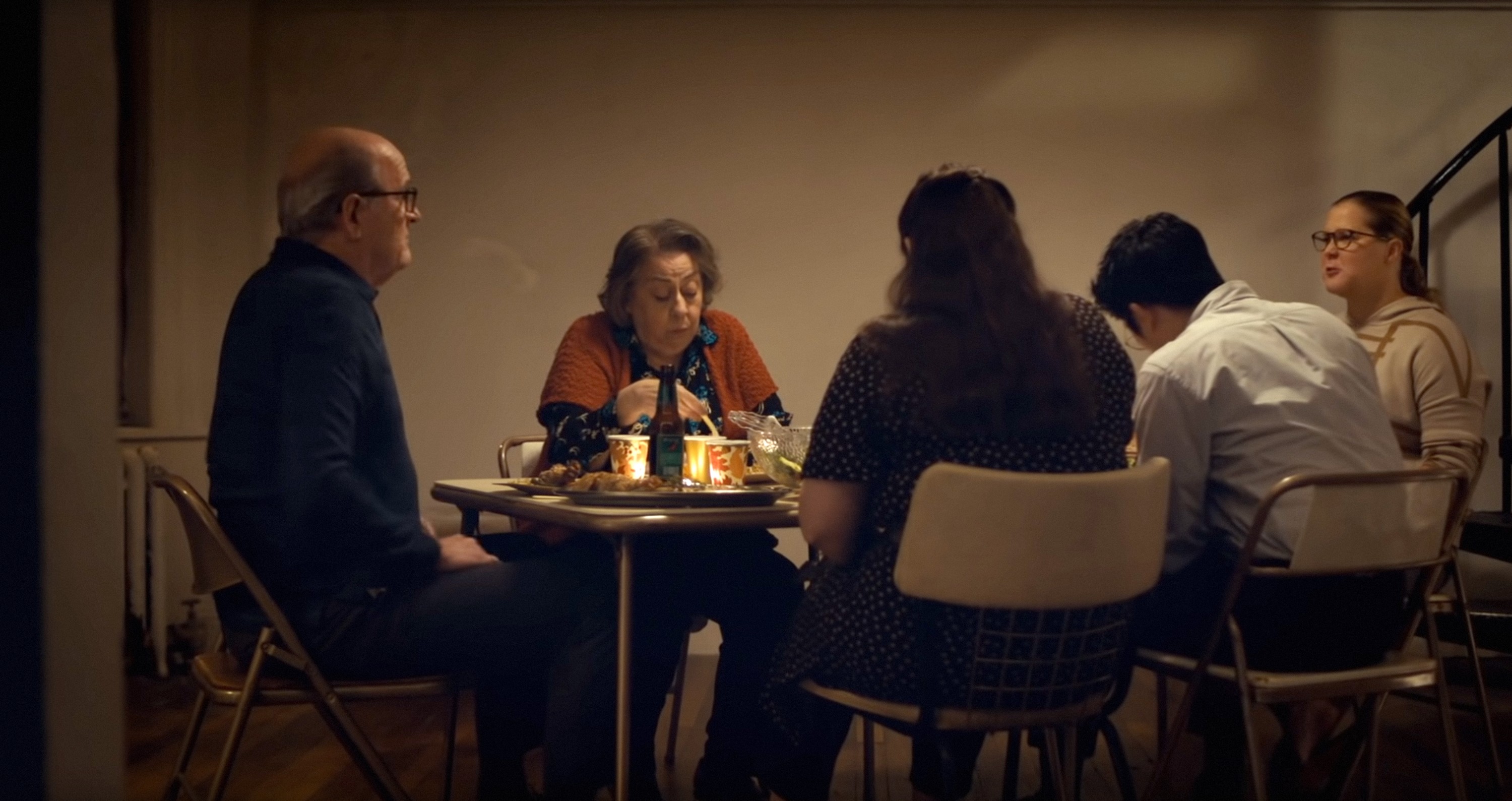 As for Jenkins, he only had the wobbles once. “I was in college—my freshman year, I think. I was feeling like maybe this wasn’t the thing for me. Maybe I was afraid. I didn’t have any experience. I was just kind of stewing about it. I went to the movies by myself, and I saw Alfie, with Michael Caine. That performance… I thought, ‘If in my life I could do something even close to that, something that would have the effect on people that his performance had on me…’ That was the night I said, ‘OK, I’m going to do this.’”

And he did, jumping straight into film work in the mid-’80s. Looking back now at some of his first few credits—Lawrence Kasdan’s Silverado, Woody Allen’s Hannah and Her Sisters, George Miller’s The Witches of Eastwick—it seems like a golden age. “It was an incredible time,” he says. “But when you’re doing it, you’re trying to get the next job. I had kids, so I was trying to feed them. On Silverado, I think I said, ‘Howdy,’ and eight weeks later, I said, ‘You can’t do that.’ Then they shot me. That was my part, and I sat around in a hotel for seven weeks. Yeah, it was an amazing time. But when you’re caught up in it, it doesn’t seem like an amazing time—until you look back on it.”

In those days, he auditioned for a lot of lawyers, policemen and fathers. “I would go into an audition, say, ‘Freeze!’ and then leave.” He laughs. “Everybody’s typecast to a degree, but I’ve been fortunate to play a lot of different kind of dudes. Whatever came along, I did it. I didn’t have the option of saying no, I just had to do whatever I could get. And it was always fun. I loved auditioning. I didn’t mind because at least it was a chance to act. I always looked at it that way.” Unusually for a young actor, he never really had a day job to fall back on. “I drove a laundry truck for about four months in the beginning, and I had five accidents. I even backed into the boss’s car once—when he was in it. I said, ‘I guess you’re going to fire me,’ and he said, ‘No, no, no.’” I said, ‘Why not?’ And he said, ‘Because if you leave, I have to do it.’ So, that was my only job, and I was not good at it.”

It was in the ’90s that casting agents began to see Jenkins’ deadpan comic potential, a skill he’d refined on stage in summer stock, doing Feydeau farces and productions of Neil Simon’s The Odd Couple. He thinks of David O. Russell’s Flirting With Disaster as perhaps the point where the shift started, being one of those rare movies where “you can feel something change a little bit after you do it”. Indeed, some people only know him from 2008’s Step Brothers, with Will Ferrell and John C. Reilly. (“They’ll say something like, ‘I saw you in your movie,’” he says.) The big turning point, however, came with 2007’s The Visitor, in which he plays a professor who befriends two illegal immigrants. The role landed him the first of two Oscar nominations and changed his life forever, albeit gradually: “James Cromwell said to me, ‘You’ll find that people listen to you a little bit more on set than they did before.’ That was the first change I noticed.”

He returned to the Academy Awards for his role as Giles in Guillermo del Toro’s 2017 Oscar hoover The Shape of Water, a film that remains close to his heart. “After I did The Shape of Water, all I could think was, ‘I want to work with Guillermo again—I hope he asks me, I hope he asks me…’” And Nightmare Alley didn’t disappoint him, being another unforgettable experience, even if del Toro did, yet again, insist on shooting in sub-zero temperatures. “It was cold,” he says. “Guillermo likes cold. I run for the tent with the heater, but he sits out there with his jacket open.” Ezra Grindle, he says, is another departure. “He’s kind of a different guy than I’ve played before. He’s after something. That’s all I’ll say. He wants to be forgiven for what he’s done.”

After that comes Ryan Murphy’s Monster, a Netflix miniseries about Jeffrey Dahmer (played by Evan Peters) in which Jenkins plays the notorious serial killer’s father Lionel. It was a long shoot—six months, which is “really a long time when you hit my age”—with strict Covid protocols in place, but it was worth it. “Evan is just really terrific in it,” he says.

The old energy and the passion are still there, it seems, some half a century later. And after such a storied career, is there anything left on his bucket list? Any directors he hasn’t worked with? He pauses. “I think I wrote a note to Steven Spielberg once, and he never answered. So, that was it. But he’s a busy man! We were filming The Humans, actually, right next door to where they were doing West Side Story. I wanted to go over and watch a dance number being choreographed, and we never got the chance to see it. That’s all I wanted to do: see them putting something together.” 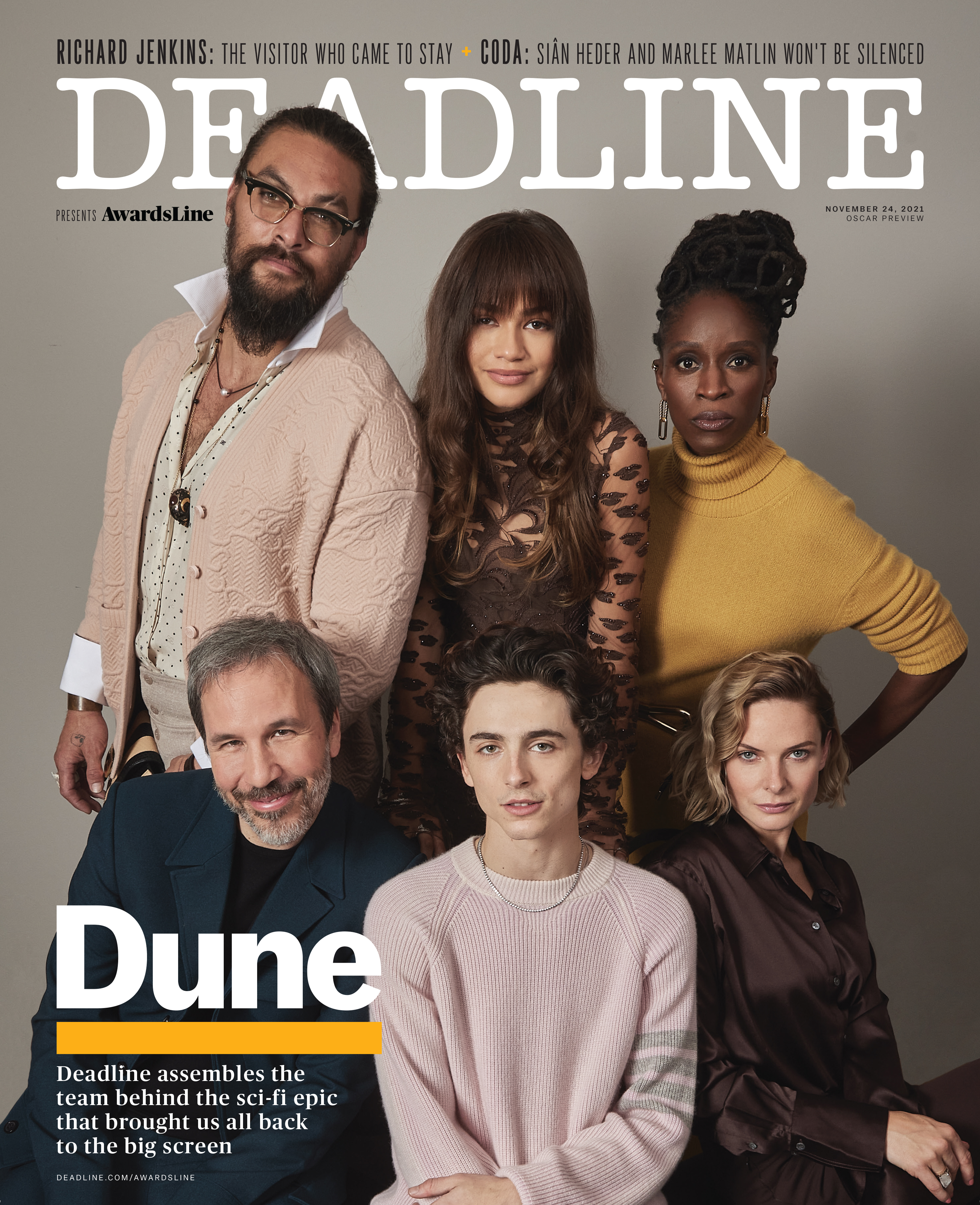 How about doing a musical? Does he think that would be something he’d like to try? “You know, I don’t think like that,” he says. “I never did. Never thought in the theater, ‘These are roles I’d like to play.’ Same with movies. I guess one of the things that I love about this world is that you never know what’s coming up around the corner. And that was true when I wasn’t working. I mean, it could be something really awful. Grim. Bad news. But it can also be exciting. I’ve always really liked that about this profession, that the future is an unknown.”

‘The Lost Daughter’ Sweeps To Four Wins Including Best Feature