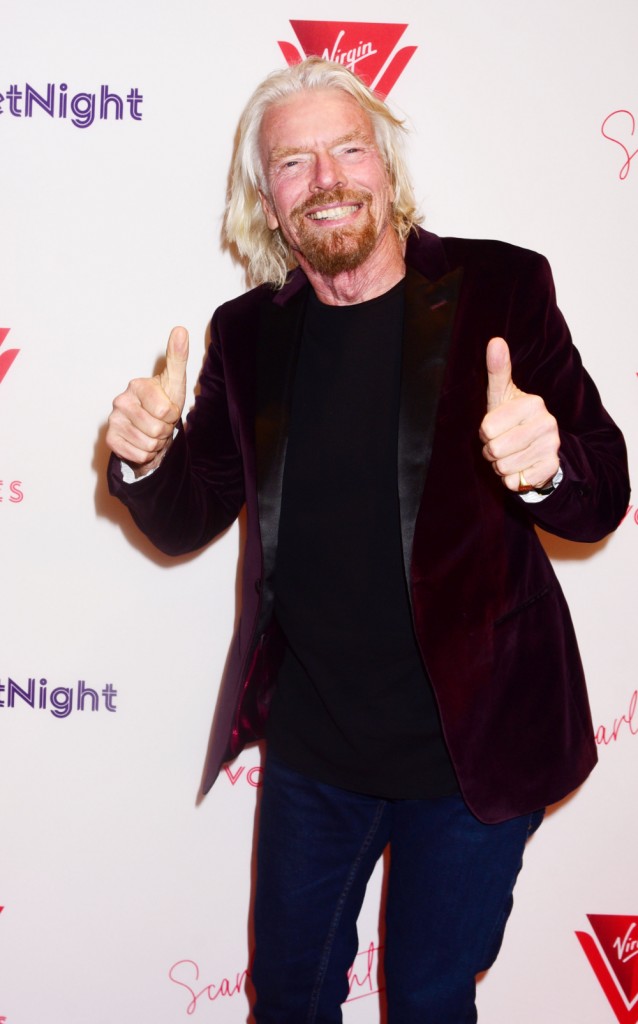 The 1% has gotten so rich that going to space is the new sports car. Who can get there first is how they’re measuring size. The latest more-money-than-sense d*ck waggers to enter the space race, and I do mean race, are Sir Richard Branson and Jeff Bezos. Obviously these two have been at it for a while but Bezos really thought he was going to beat both Branson and Elon Musk to be the first to go where no bored billionaire has gone before. Bezos scheduled a flight for July 20. Branson’s flight wasn’t planned until later this year. But once Sir Dick caught wind of Jeffy B’s July plans, he miraculously got his Virgin Galactic to rework everything so they can launch over the July 4 holiday. Oh good, because what’s super smart in space travel is to rush things.

Amazon founder Jeff Bezos said on Monday he would fly on the first human spaceflight of his company’s New Shepard spacecraft. This mission will launch from Blue Origin’s spaceport in West Texas on July 20, which is the anniversary of the Apollo 11 lunar landing in 1969.

With this timeline, Bezos seemed almost certain to beat his suborbital space tourism rival, Sir Richard Branson, into space. Setting aside whether Branson’s VSS Unity vehicle reaches space—its maximum altitude is just below the Kármán line, or 100 km—this is nonetheless a meaningful milestone.

For Branson, that flight was expected to come during the second half of this year. As recently as one week ago, Sirisha Bandla—vice president of government affairs for Branson’s Virgin Galactic—told Ars that the company’s plan next called for a test flight with four employees in the passenger cabin. That test, she added, would be followed by a flight carrying Branson.

“We’ve got three test flights left,” Bandla said. “We’ve got a flight with employees in the cabin. A flight with our founder, Sir Richard Branson, after that, and then to round out our flight test program, we are flying the Italian Air Force.”

However, the Bezos spaceflight scheduled for July 20 may have scrambled those plans. According to a report by Doug Messier on his Parabolic Arc website, “Virgin Galactic is working on a plan to send Branson on a suborbital flight aboard the VSS Unity SpaceShipTwo rocket plane over the July 4 holiday weekend.”
This would beat Bezos by a couple of weeks.

[From Ars Technica via DListed]

Obviously, Branson’s plans are still just a hope at this point as they aren’t even finished with testing. So whether or not he actually beats Bezos remains to be seen. Several factors could postpone any of these flights. On the DListed podcast, they talk more about the Kármán line, explaining about how it’s just over 62 miles above sea level. That means it’s much closer to earth than the space stations. So this race is more like the first person who puts a foot in the freezing cold ocean but races back to the warm sand. Not that I am trying to take away from these men’s accomplishment of having enough money to fly to space, just that we don’t need to photoshop them into The Right Stuff posters. These guys have more money than they will ever spend and if this is how they need to use it, I guess go for it. I don’t know what the draw is, whether it’s to be first or to say they went to space. This is the ultimate display of wealth in such a grotesque way. It’s possible this fulfills some childhood fantasy of being able to reach the stars, but I doubt it. I think it has bragging clout and that’s about it.

I was shocked that Elon Musk is not part of this discussion and has not been to space. Sure, he’s sending folks, but he hasn’t been and has not scheduled his own flight. There are a theories why that range from lack of time to wanting others to have the first shot. I was hoping when we went to space we’d send our best and brightest, not our richest and thirstiest. If any of our intergalactic friends are reading this, please don’t judge the rest of us by what’s coming. Visit the space stations instead, that’s a better example of what we’d like to bring to the table.