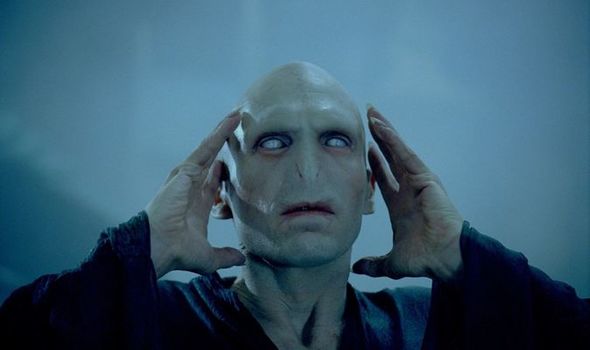 The 59-year-old actor has confessed he had “no clue” who the character was after being “a bit dismissive” of the early films in the franchise and JK Rowling’s bestsellers.

But the stage and screen star was later convinced by his younger sister Martha, who told him he would be “crazy” not to take the role of Potter’s nemesis, and a respected casting director.

Ralph said: “I hadn’t read the books but I was aware of the first two films being these young children and wizards. I hadn’t invested in it or been curious.

I had no clue as to how important Voldemort was and possibly, in my ignorance, was a bit dismissive.”

The actor, currently playing M in the James Bond film No Time To Die, said Martha, a film director, was key in helping to change his mind. Ralph explained: “Martha has three children who were then maybe 11, 10 and seven. I said ‘I don’t know, I’ve been asked to do this Voldemort, what do you think?’

“I got into what it meant in the JK Rowling universe. That he was this extreme satanic figure, snake-like, evil. And then I went for it and got completely into it and loved it.”

What is happening where you live? Find out by adding your postcode or visit InYourArea

Also featuring co-stars Daniel Radcliffe, EmmaWatson, Rupert Grint and other cast members, it screens on Sky and its Now steaming service from tomorrow.

Ralph, who appeared in the last four films of the franchise, went on to tell the Happy, Sad, Confused podcast about the influence of the late British casting director Mary Selway.

He said: “Someone who had played a big part of my early career, and at the time was not at all well, was casting the fourth Harry Potter in whichVoldemort is reborn.

“No actor had yet played Voldemort. When Mary was insistent you listened.”

Harry Potter 20th Anniversary – Return To Hogwarts is on Sky Max and Now from 8.05am tomorrow