Boris Johnson: All over 50s to be offered vaccine by end of April

Radio 2 DJ Jo said she and her family were distraught over the plight of younger sister Frances, 53, who has learning disabilities and diabetes. Jo, 55, told Radio 4’s Today programme yesterday: “I am used to her ringing me 30 times a day. Now she isn’t ringing at all. I feel like I am living a nightmare. “Ironically, I got a message to get the vaccine ahead of my sister…go figure. I honestly don’t know why I’ve been called.

“I would give up my vaccine in a heartbeat. It just does not feel right.”

The DJ had earlier told fans it had been an “anxious weekend” for the family after the outbreak was confirmed at Frances’s care home.

She said: “Feel like I’m in a terrible film with bad plot twists.

“Late last night I got a call to say that Frances, my sister, had tested positive and has Covid.

“Our worst fears realised after keeping her safe for a year and with a vaccine so close. She’s OK so far. Everything’s crossed.”

Jo, right, said Frances who also has a rare genetic condition, Cri du Chat, was “distressed and confused” by virus restrictions and scared by the outbreak at her care home.

Saying she wanted to speak up for people like Frances who had been “overlooked”, Jo added: “Oh my God, I can’t tell you how frustrating it is and how horrendous it is. 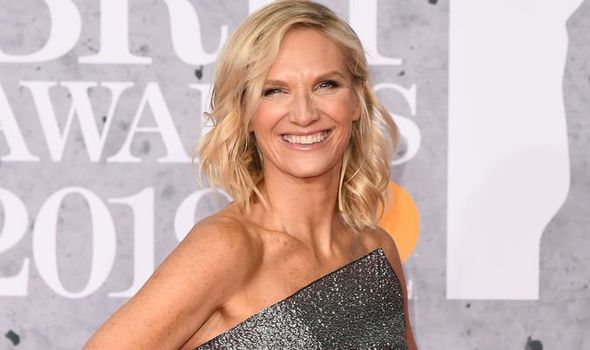 “The stuff of nightmares at the moment, I feel like I’m living through a nightmare.

“And that saying about your blood running cold…we found out that Covid had hit her care home. There was an outbreak of Covid in the home.

“She’d been due to come home to be with Mum and Dad and that was not allowed. She had to stay where she is. She’s at risk of having Covid, she’s being tested daily and all I think about at the moment is, ‘God I hope her next test is negative’.”

Jo says she is baffled that she has already been offered the vaccine at 55 and in good health, although she believes it might be because she was considered a carer for Frances.

The Government has made it clear there is a strict order of which groups should be offered the vaccine first.

After successfully inoculating the top four groups, which include care home workers and residents, the over-80s, then the over-70s, it is now rolling the jab out to those over 65. 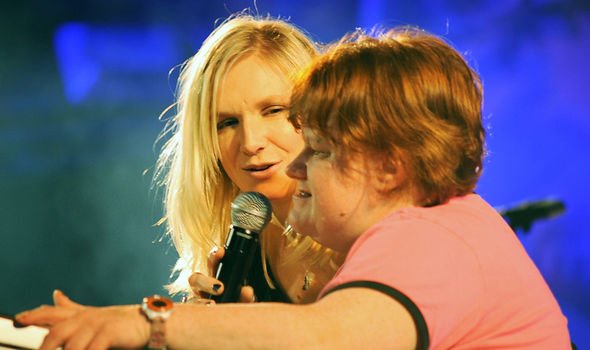 The Government’s current objective is to have offered a vaccine to all over-50s by the end of April.

But in some areas, where health authorities are ahead of schedule, younger people such as Jo are already being approached.

Nevertheless, the presenter has been vocal on her social media platforms this week about trying to get Frances protected by the vaccine.

On Monday she told of her anxiety following the coronavirus outbreak at Frances’s care home in Northamptonshire.

Jo told her followers on Twitter: “Still no vaccination for Frances and now there’s an outbreak of Covid in her care home.

“Staff are doing all they can to keep everyone safe but it’s the stuff of nightmares. She’s distressed and confused, my parents and I never more scared and sad for her.”

Jo received her offer to have the vaccine shortly after that post.

She told her fans: “Blimey, the irony. I’ve just been asked to book my vaccine.

“I desperately wish my sister had been offered the vaccine before me. I am fit and healthy. She has learning disabilities and diabetes.”

NHS England officially moved to the next stage of the rollout on Monday, inviting over-65s and adults with underlying conditions to have the jab.

Until then the national guidance had been to focus on the four priority groups – those over-70, NHS staff, care home residents and workers and seriously ill adults.

But ministers stressed that some areas that are leading the way in the rollout of the vaccine had already contacted people over 60.

In these cases, NHS bosses say local health teams can make their own way down the list of the nine priority groups provided they have attempted to reach everyone above them. 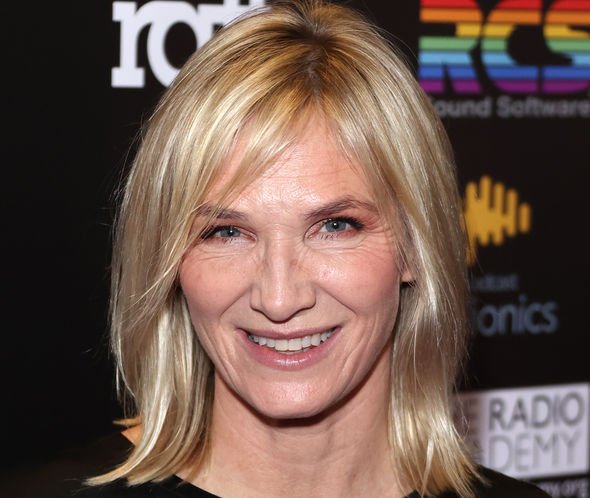 Official figures suggest more than two million people in the UK’s top four priority groups have yet to be vaccinated, despite ministers insisting they have all been offered a jab.

Jo is among several celebrities who have taken to social media to say that they too have been offered the jab.

American singer Courtney Love yesterday became the latest famous name to have the injection, at an NHS clinic in Chelsea, west London.

Representatives of Courtney, 56, say she has an underlying health condition that makes her eligible. She left Los Angeles and relocated to London in the autumn of 2019.

On Sunday, Nigella Lawson, 61, also told how her head was “in a spin” at being offered the vaccine.The TV chef was sent a text message on Valentine’s Day inviting her to book an appointment.

ITV’s This Morning presenter Ruth Langsford said she was “so grateful” to receive her first vaccine on Saturday. On Instagram, Ruth 60, who presents the show with husband Eamonn Holmes, 61, thanked everyone involved.

BBC Gardeners’ World presenter Monty Don, 65, has also praised the NHS after getting his first vaccine on the same day.