Chris Stark, 33, initially met Prince William when he conducted an interview with him at Kensington Palace at the beginning of lockdown. The BBC Radio 1 DJ and the royal discussed men’s mental health issues as they enjoyed a few pints of beer, while recording an episode for That Peter Crouch Podcast.

You can have a pub chat with Prince William

Chris was joined by his good friend and former footballer, 39, for the informal chat, which has now been viewed on YouTube over 300,000 times.

Following their hilarious exchange, he revealed exclusively to Express.co.uk that the royal has remained in contact with the podcast hosts.

Chris revealed: “He sent me this lovely letter, congratulating us on the birth of our son – totally out of the blue.

“So my thing is when I sat down with him, I thought this was cool, this guy could be the future king and he’s having a pint, but you actually can have a pub chat with Prince William. 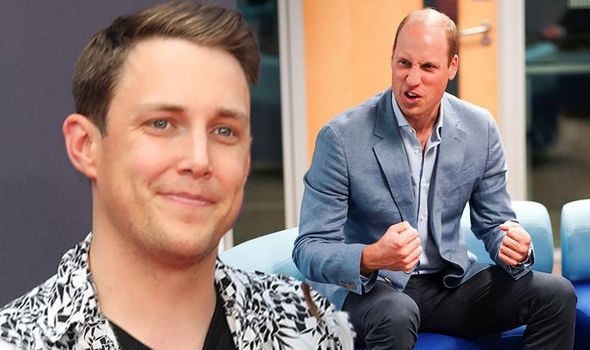 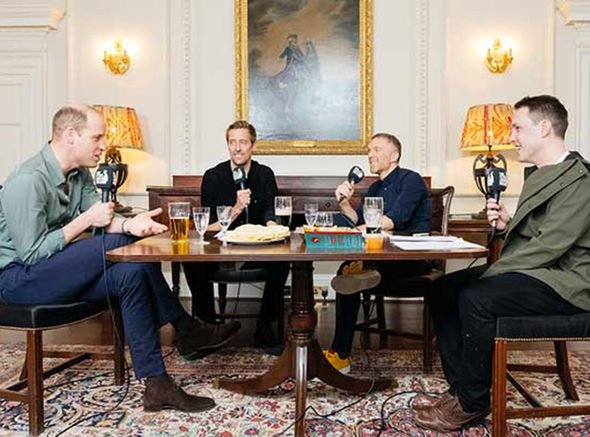 “I got the impression he enjoyed it as well, that I really liked,” he added.

The BBC star described the Duke of Cambridge as being “lovely” and a genuine person, after interviewing him on several occasions.

He continued: “I interviewed him before and he was awesome, lovely when I met him. It was brief, it was when he came on our Radio 1 show, it was only about ten minutes, he was lovely then, but I didn’t feel I got to know him, and the nicest think about sitting with him and doing this podcast… it’s like anything when you have a couple of beers and you get talking, I think you start to find who the real person is.

“You can’t put on any front for that long unless you’re an incredibly good actor. 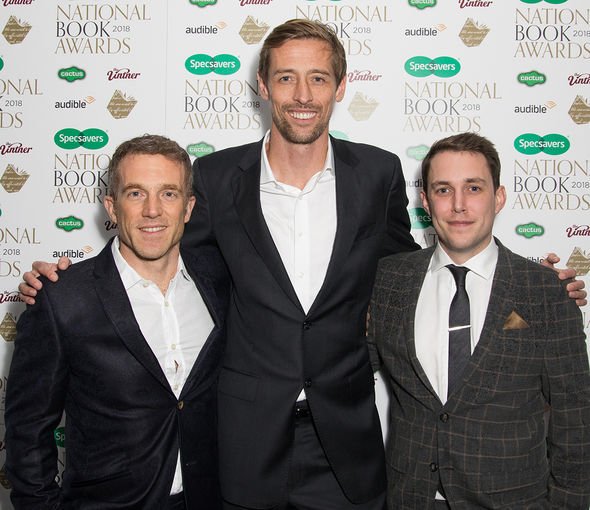 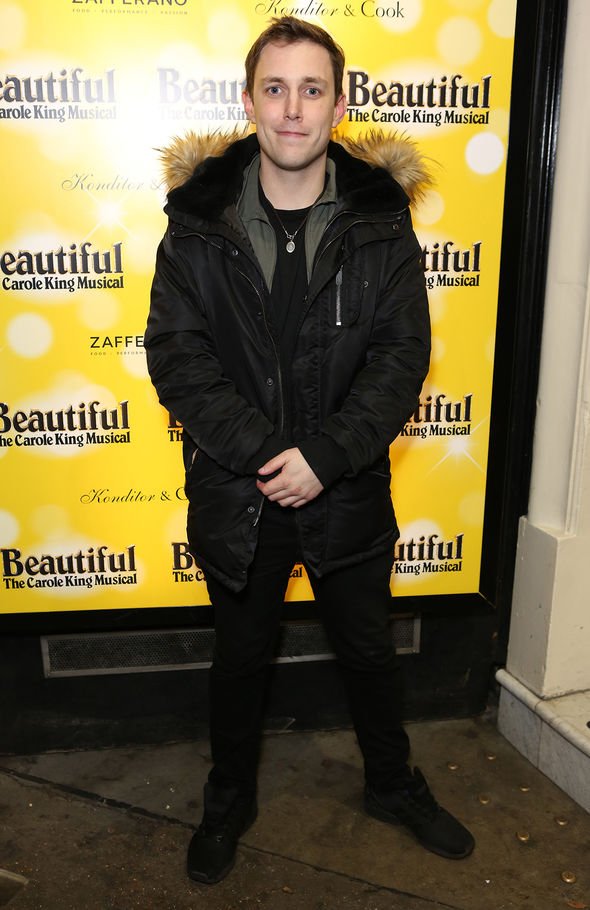 “The thing that struck me with him is, he lives in this most extraordinary bubble, and he’s royalty and it’s a different lifestyle…but I was surprised how normal he was.

“It was like talking to one of my mates in the pub. In a lot of ways, his whole reason for being there was to try and encourage people to talk, and it was all about his Heads Up campaign.

“I just felt that he is really caring. The campaign in itself is an amazing campaign, but you can genuinely see how much it means to him.”

The Heads Up campaign spearheaded by Prince William, encourages men to talk about their mental health as much as they talk about football. The goal is to normalise the conversation around male mental wellbeing, and is supported by Mind, CALM, Sporting Chance and Heads Together.

After speaking with Prince William, Chris questioned the conversations he would have with his close male friends.

He explained: “I haven’t had those types of discussion with some of my best mates.

“And after the chat I found myself going, well hold on, isn’t that a crazy situation that you can have someone like him sat there genuinely taking an interest in your life, and wanting to talk.”

The multi-talented star is now releasing his first-ever cookbook, Eat Sleep Zoom Reheat, which is aimed at university students and helps them get to grips with making nutritious dishes between classes.

Chris said of his reasoning behind the concept: “I just wanted to make a student cookbook that was written by a student because when I looked into it and I had this idea, I found that student cookbooks were extremely phoney and incredibly patronising.

“Frankly they didn’t seem to be written by students. So I just wanted to make something where if there is a student going to university, that’s exactly like me and doesn’t have a clue how to cook or just wanted a bit of inspiration, then at least they would get a book that’s written by someone that went.

“It’s just been really fun. I have never made anything like this.

“I’m really pleased we have managed to make it happen.”