Princess Margaret was one of the first royals to welcome Princess Diana when she became a member of the British royal family – but duty ultimately came calling.

The 68-year-old recently wrote a new book titled, “Elizabeth & Margaret: The Intimate World of the Windsor Sisters,” where he analyzed the lives and legacies of the royal siblings.

“Neither of them were hunting, shooting or fishing types,” the author explained about Margaret and Diana’s instant connection. “Margaret put her arm around Diana. She could see they were two metropolitan princesses.” 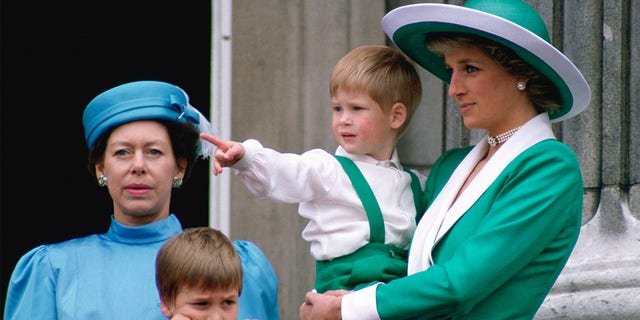 Diana, Princess Of Wales, holding Prince Harry as she watched Trooping the Colour with Prince William and Princess Margaret from the balcony of Buckingham Palace.
(Photo by Tim Graham Photo Library via Getty Images)

“Princess Margaret came to her rescue, suggesting to the Queen that Diana was having difficulties adjusting to her role and that she should cut her some slack,” Morton wrote in his book, as quoted by the outlet.

“The Queen, who avoids family confrontation if at all possible, took her sister’s advice,” he shared.

However, that all changed in 1995 when Diana gave a tell-all to Martin Bashir for Panorama. In the infamous interview, the Princess of Wales not only aired her grievances, but she also said “there were three of us in this marriage,” referring to Prince Charles’ relationship with ex-girlfriend Camilla Parker Bowles.

According to Morton, that’s when “the guillotine really came down.” 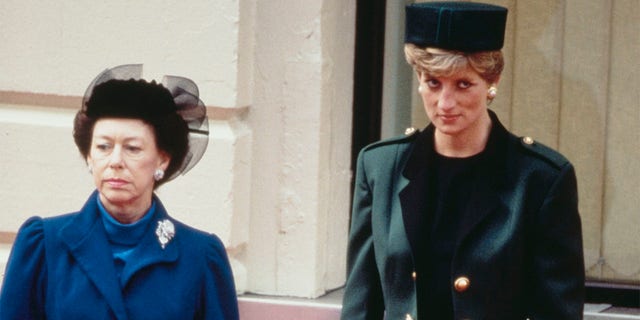 The author pointed out that Diana broke away from the royal family’s practice of keeping a “stiff upper lip.” Instead, she detailed the breakdown of her marriage to Charles, her mental health struggles, the pressures of royal life, as well as the lack of support she felt within the family.

“[Margaret] had always defended the Queen and was always loyal to her,” Morton told the outlet. “She felt Diana let her sister down. She was the Praetorian guard of her sister.”