Strictly: Ranvir and Giovanni get voted off

Strictly Come Dancing 2020 contestants Ranvir Singh and her professional dance partner Giovanni Pernice became the latest dancing duo to be voted off of the show last night after a dance-off with Jamie Laing and Karen Hauer. Judge Motsi Mabuse chose to save Ranvir and Giovanni while Craig Revel Horwood opted to keep Jamie and Karen in the competition.

As head judge, Shirley had the final say and decided to send Ranvir and Giovanni home.

After learning the result, Piers Morgan took to Twitter to express his disappointment.

Alongside a video of his co-star and Giovanni performing their final dance, he wrote: “Travesty!!

“They should be in the final.” 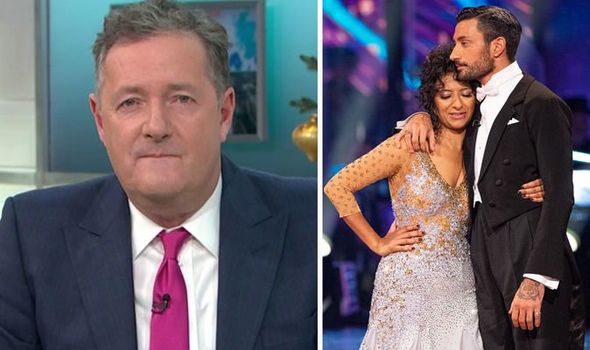 We will use your email address only for sending you newsletters. Please see our Privacy Notice for details of your data protection rights. Maisie Smith ‘could return as professional’ after Strictly final

Many took to the comments section to share their thoughts on the matter.

“I agree so disappointed,” wrote one fan alongside the post.

“Her waltz was absolutely beautiful. No way on this earth should Jamie and Karen have got through,” another added.

“They were robbed, Piers absolutely robbed!!! Please do not give @ranvir01 a hard time on GMB, Shirley didn’t make the right decision!!!!!” a third viewer remarked. 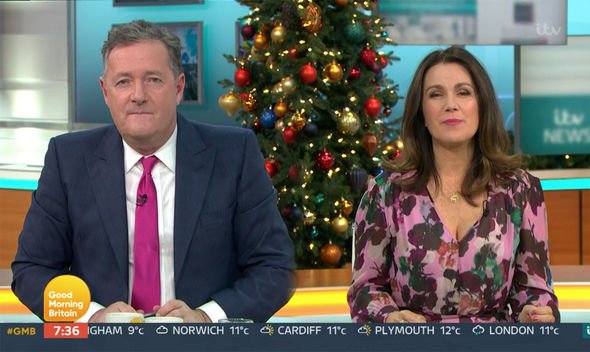 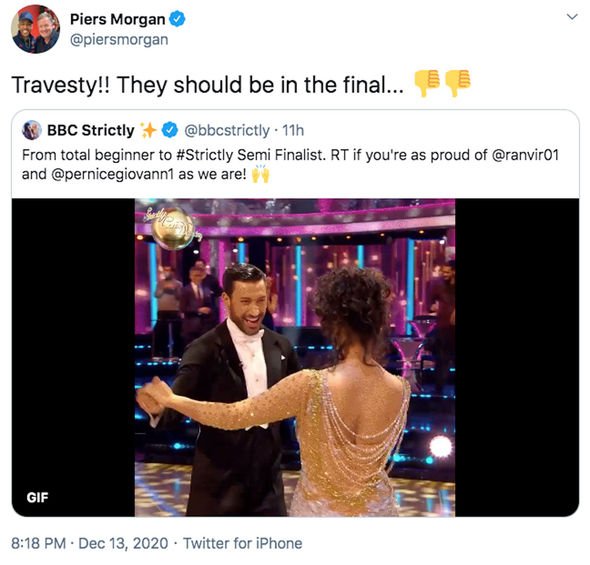 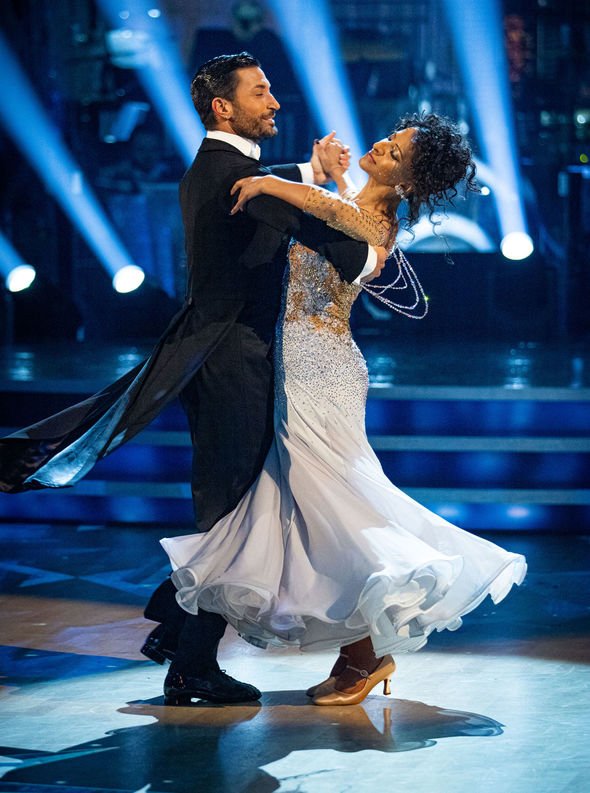 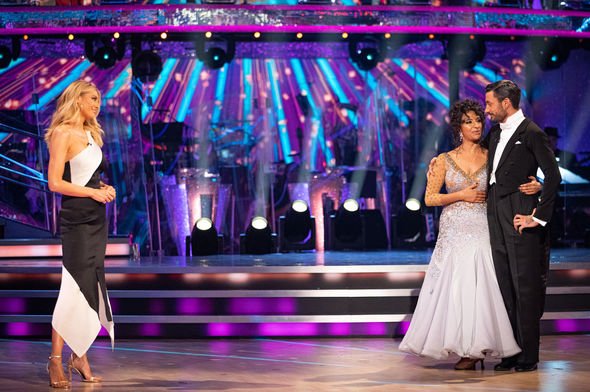 “How can someone who has been in most of the dance offs get in2 the final against some1 who hasn’t?

“Makes a mockery of the show. Be rubbish like Jamie & get into the final,”(sic) a fourth person added in frustration.

Last night Strictly viewers saw Ranvir go head-to-head with Jamie, who has been in the dance off on four occasions.

The Made In Chelsea star impressed with a Salsa to Last Dance by Donna Summer while Ranvir performed an elegant Waltz to Un Giorno Per Noi by Josh Groban.

While Craig chose to save Jamie and Karen, Motsi said: “Well this was really one tough decision, we had two beautiful dances, two beautiful human beings and I will save Ranvir and Giovanni.”

Shirley also opted to save Jamie and Karen saying they had “a little more determination” and drive to win the competition.

When asked by Tess about her time on the show Ranvir apologised to her dance partner for falling at the last hurdle.

She said: “I’m just really sorry for him [Giovanni], he’s worked so hard and been in so many finals that I’m really sorry I couldn’t do it for you. Sorry.”

The professional dancer responded: “You don’t have to be sorry at all, we’ve both worked very hard, you’ve been an absolute dream to work with.

“You are a true hero, your job at 3 o’clock in the morning then you come in the room and dance with me.

“More than anything you’ve grown as a person and this for me is the most rewarding thing that I could ask for, so well done to you. Well done.”

Reflecting on her time on the show, Ranvir said: “I’m sad not to be in the Final. But at the same time, I am glad that we’ve moved people to tears and the argentine tango was an amazing moment.

“We’ve had some really fantastic memorable moments and I know I couldn’t have got this far without you.”

The remaining contestants – Maisie Smith and Gorka Marquez; HRVY and Janette Manrara; Bill Bailey and Oti; and Jamie and Karen – will compete for the glitterball trophy in next week’s grand final