Phillip Schofield, 57, has expressed his shock after butchered lyrics to guest Steve Harley’s performance appeared on-screen. Singer-songwriter Steve performed 1975 hit Make Me Smile (Come Up And See Me) on the ITV show today.

One of the highlights of my career right here

However, things didn’t go quite to plan after a viewer shared the performance online with the live subtitles.

In the song, Steve sang: “Come up and see me, to make me smile.

But the eagle-eyed viewer spotted an epic gaffe with the titles as they shared it on social media, joking that they had been “singing the lyrics wrong all these years”.

The subtitles read: “Come up and see me, Pakistan me smile.” 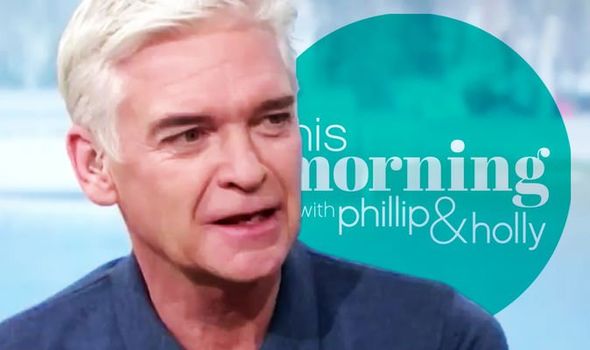 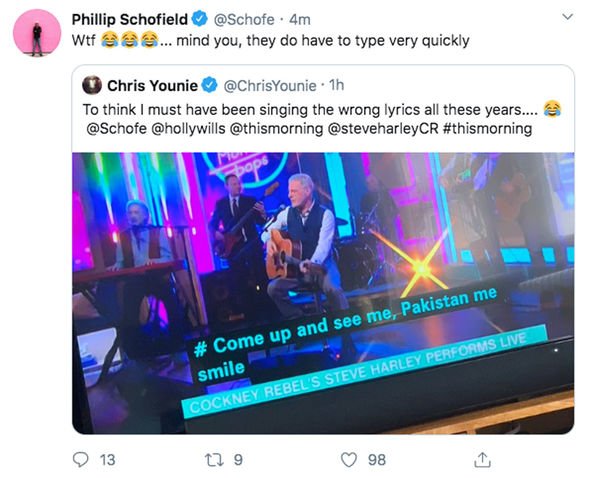 Clearly in hysterics, Phillip shared the tweet with his 4.5 million followers.

“Wtf…mind you, they do have to type very quickly,”(sic) he wrote.

The TV star also added a string a crying and laughing faces to highlight his shock.

Supporters of the host were left equally amused over the revelation. 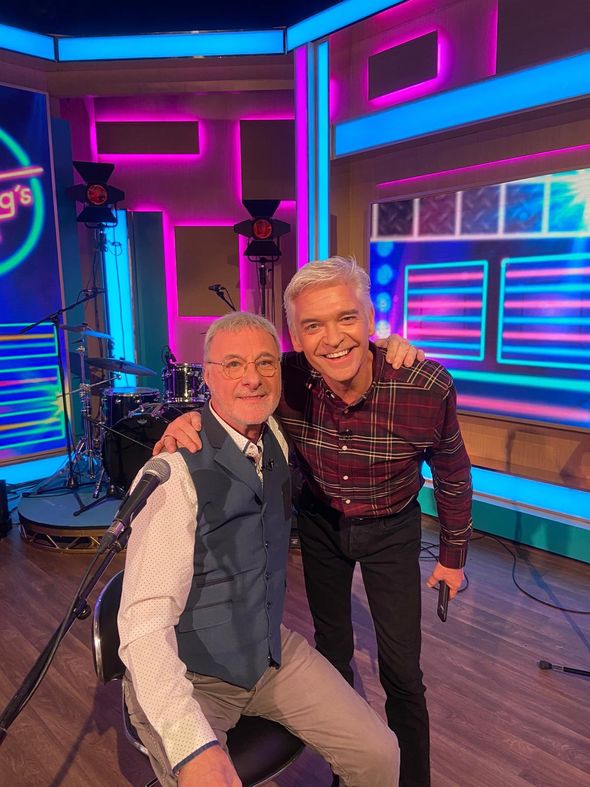 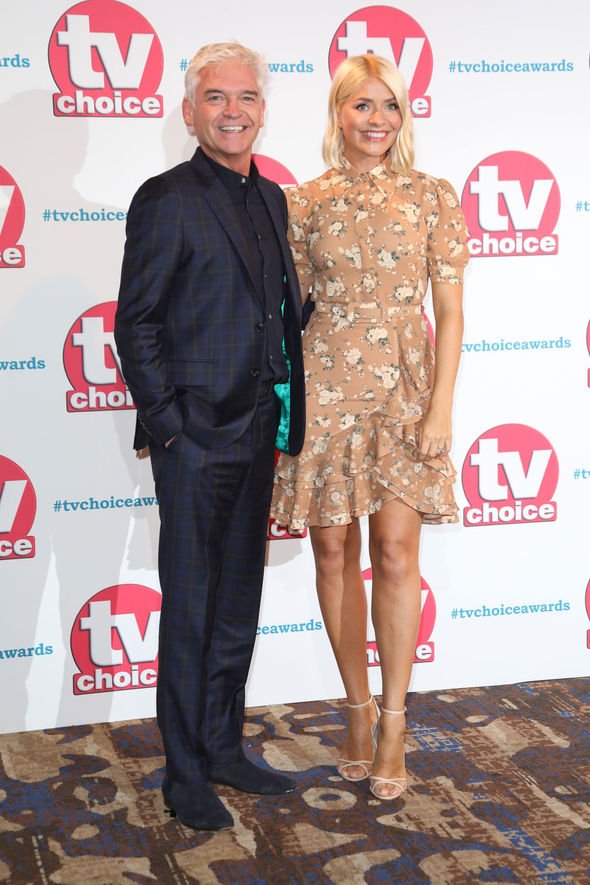 One user joked: “Well you learn something new every day.”

A third pointed out: “It’s probably some speech recognition trickery.”

The hilarious tweet came after Steve shared a snap alongside Phillip.

The pair grinned as they posed side-by-side, with Steve captioning the post: “With Phillip Schofield This Morning, what a pleasure @schofe.”

Phillip was quick to brand the moment one of the “highlights of my career” as he responded to the tweet.

The sweet snap comes after Phillip came out as gay earlier this month.

He shared the news in an emotional statement on his Instagram page and later opened up on the announcement with his This Morning co-host Holly Willoughby.

On Tuesday, Phillip struggled to fight back tears as actor Brian Cox praised him over his “remarkable” move.

He said: “Really, really well done. I was really proud of what you did.

“I thought that was a remarkable thing. And, really, that’s something.”