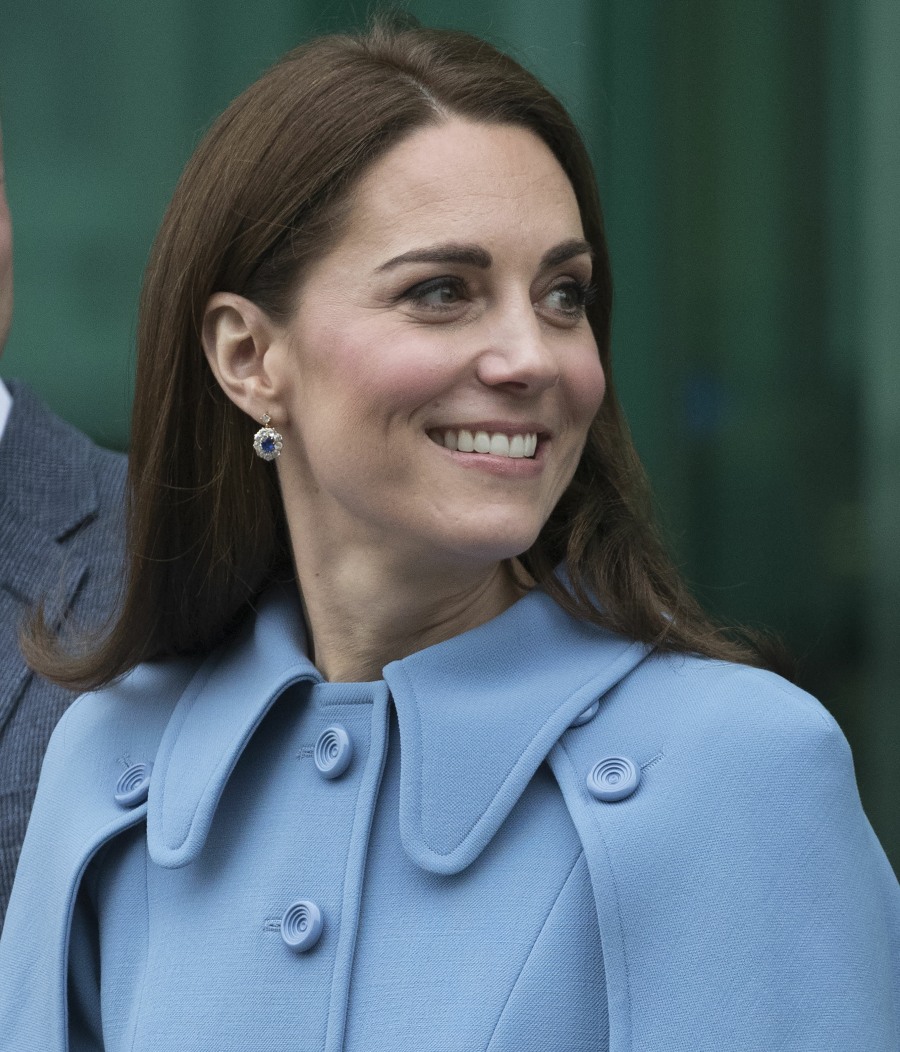 Before every newspaper and tabloid in Britain screamed and cried about Duchess Meghan – and Meghan alone – spending $3 million to renovate Frogmore Cottage, the story was about how Meghan had her engagement ring altered at some point in the past few months. It started out as an observation, “look, her engagement ring has a different band now, I wonder why,” and it became “the Duchess of Sussex does not respect history, she’s ‘uppity’ because she changed a ring!!” Royal commentator/gatekeeper Ingrid Seward even chimed in with this: “I find it a bit odd Meghan would want to alter a ring that her husband had especially designed for her. A royal engagement ring is a piece of history not a bit of jewellery to be updated when it looks old fashioned.” A PIECE OF HISTORY. Like Meghan is a graverobber who stole this ring from Princess Diana and then had the audacity to alter it! Harry had the ring designed in 2017, for what it’s worth.

Anyway, with all of this talk about the HISTORY of certain pieces of jewelry worn by royalty, it’s worth noting that the Duchess of Cambridge has already altered several pieces which used to belong to Diana. As I said in an early post, Kate had her engagement ring altered a bit – the diamond-surround setting is different now and the sapphire “sits up” more. In addition to getting her hands on Big Blue, Kate was also given Diana’s entire sapphire suite – a sapphire-and-diamond pendant necklace and a pair of sapphire-and-diamond earrings. Guess who had the earrings altered? Meg, obvs! No, Kate had them altered. BUT HISTORY.

The Duchess of Sussex is far from alone in making stylish adjustments to royal jewellery. While Meghan recently swapped out the band on her engagement ring for a more delicate pavé option, the Duchess of Cambridge has transformed a pair of sapphire and diamond earrings that once belonged to Diana, Princess of Wales. A gift from the Duke of Cambridge shortly before their wedding, the set perfectly matches the late Princess’s – and Kate’s – 12-carat sapphire engagement ring.

Princess Diana frequently wore the double-drop earrings, believed to be part of the suite gifted to her by the Crown Prince Fahd of Saudi Arabia on the occasion of her wedding. The royal notably paired them with a seven-strand pearl choker during a visit to the White House under President Ronald Reagan in 1985, where she famously danced with John Travolta. The Princess also opted to wear the set while posing for the cover of Vogue’s July 1994 issue in honour of her 33rd birthday. The Duchess of Cambridge, however, has removed the top circular sapphires.

You can see Diana’s original earrings here at British Vogue. I mean… I understand why Kate altered the earrings – she prefers simple drops and the original version was too “chunky” and formal. Kate would not have felt comfortable pairing those earrings with all of her day-business coatdresses. But where are all of those pearl-clutching old biddies crying and wailing about HISTORY right now? Oh wait you mean the whole point of the conversation was to otherize a biracial woman and berate her for having nice things, get out of town. 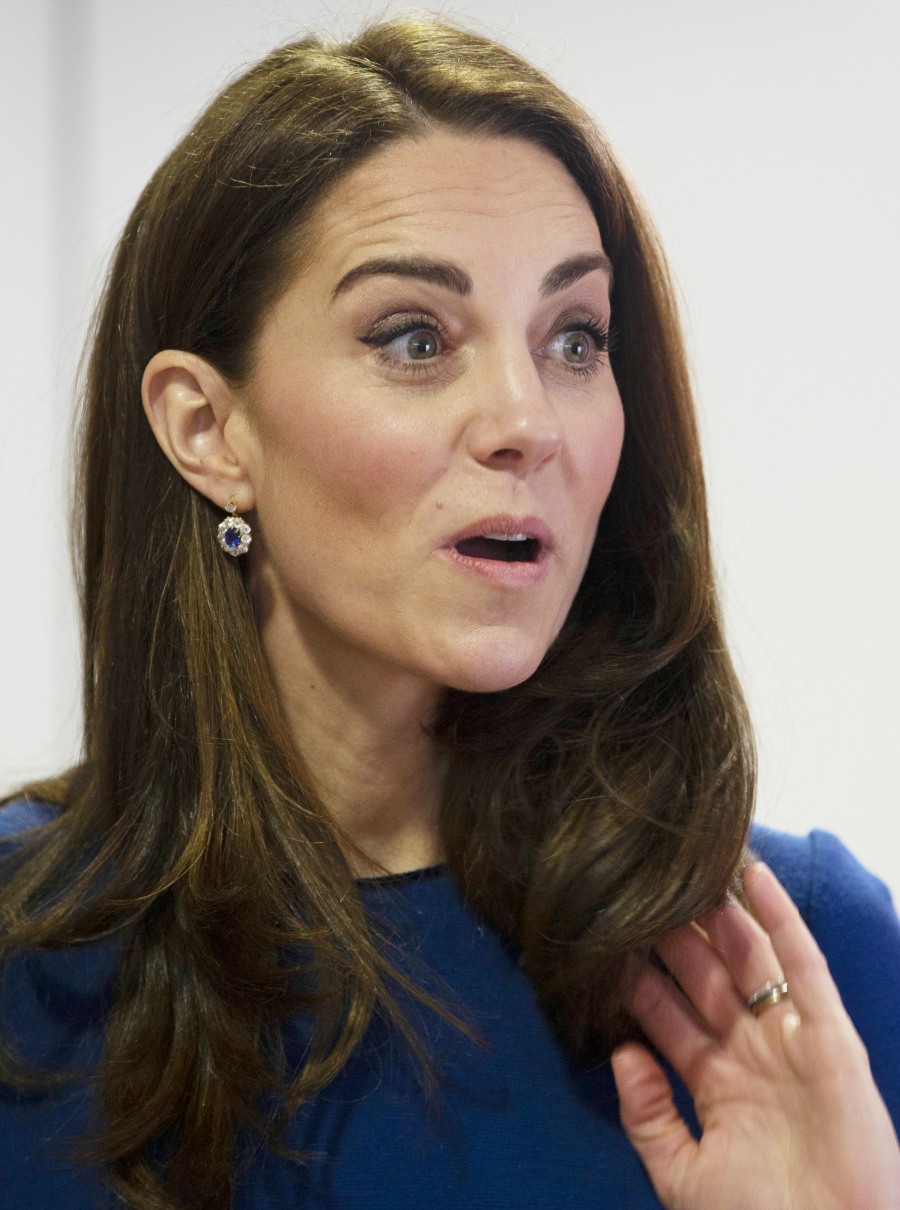 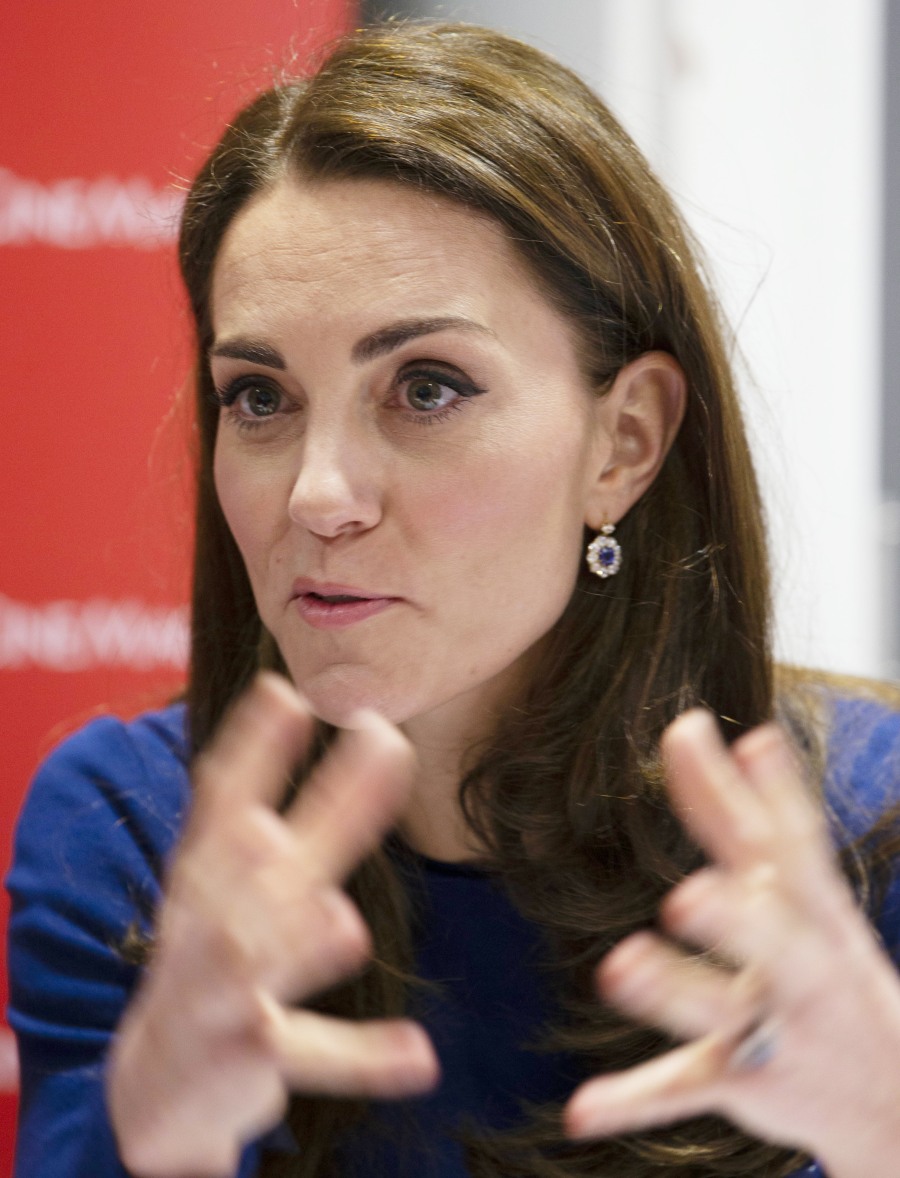