Are things back on between Brittany Bell and Nick Cannon? Nearly three months after Nick split from his girlfriend, Jessica White, the ‘Wild ‘N Out’ star reunited with his pregnant ex for dinner in Malibu.

Has a baby brought Nick Cannon and Brittany Bell back together? The seemingly former couple reunited at Nobu in Malibu for Brittany’s 33 rd birthday on Monday (Nov. 09). After getting their leftovers in a to-go bag, Nick, 40, walked hand-in-hand with Brittany – who is reportedly pregnant with Nick’s child — to their car. Brittany showcased her growing baby bump in a skin-tight black dress as they headed out, accessorized by a furry, animal-print jacket. Nick kept it simple in all black, from his hoodie to his jeans to his boots. 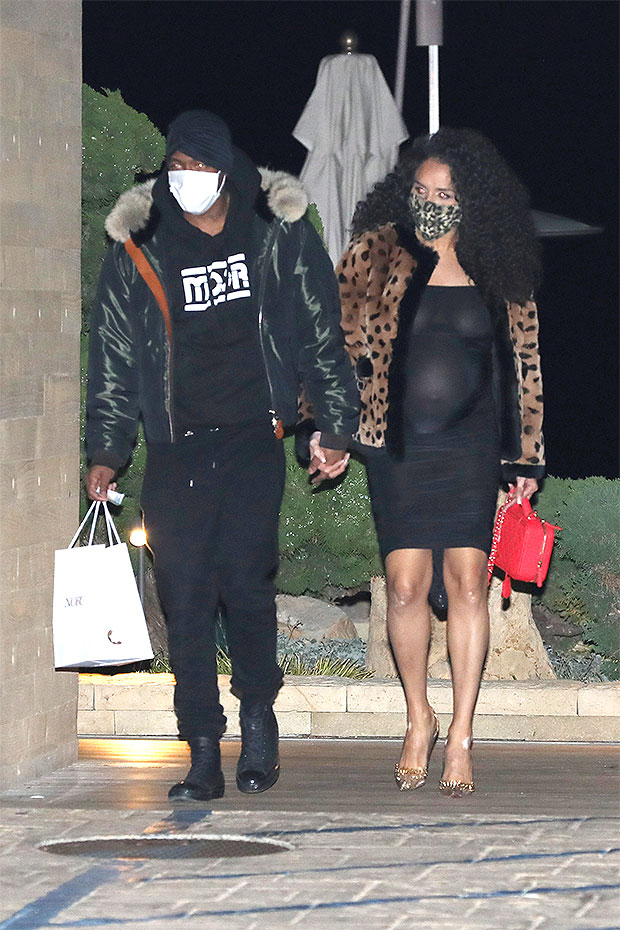 Neither Nick nor Brittany have confirmed that they’re back together, and this sweet PDA might just be between two former loves, but it’s going to further speculation that they’re giving love another shot. Brittany announced in June that her and Nick’s 3-year-old son, Golden, was going to be a “Big Brother.” She didn’t immediately reveal the father, but in July, she hinted that it was Nick’s by posing in a skin-tight outfit and dubbing her baby bump a “Cannon ball.” 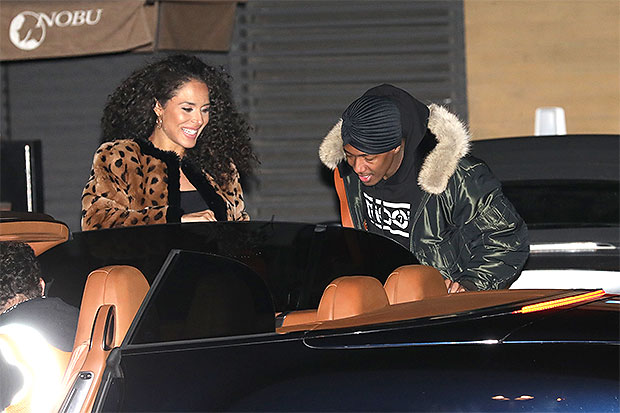 When Nick turned 40 on Oct. 8, Brittany posted an Instagram photo of her with Nick, his one arm wrapped around her chest and another on her pregnant stomach, according to Hot New Hip-Hop. In the now-deleted photo, Brittany reportedly wrote, “So many things to say and so many things that don’t even need to be said. All I know is I’m glad God put you on earth [at the] same time as me. So much to celebrate beyond one day. You are a victory. Each year is a victory lap running with you. #happybirthday”

Nick and Brittany first began dating on-and-off in 2014, following his split from Mariah Carey. In 2017, she gave birth to Golden, and since then, he’s been romantically linked with a variety of women – most recently, Jessica White. Jessica – who was first linked to Nick in 2015 – announced in August that she and The Masked Singer host had parted ways, once again, after another brief romance.

“Someone who values you, wouldn’t ever put themselves in a position to lose you,” she wrote on Aug. 13 in an Instagram post. “I’m so blessed, I’m whore, and ready to embrace a single life free from all baggage. I wish nothing but the best for [Nick]. But truly excited for the next chapter in my life. Someone tag Brad Pitt and let him know I’m single and momma has an abundance of pure love to give! Hahahahahaha.”