Georgia May Jagger, the supermodel daughter of Mick Jagger has starred in the latest Wrangler campaign, and rocked multiple pairs of classic denim jeans.

Mick Jagger‘s mini-me daughter Georgia May Jagger is fronting the new Wrangler campaign. The stunning 29-year-old has appeared in multiple new photos for the denim fashion label as part of their “Turn Heads. Capture Hearts” ad campaign. The daughter of the 77-year-old rocker, whom Mick shares with supermodel Jerry Hall, donned multiple pairs of jeans in the new pics — including very on-trend flared denim jeans. In one photo, the blonde beauty rocked a black tank top and turned her back to the camera to show off the back of the pants. Another shot showed her laying down on her side, offering the camera a subtle smile while rocking a simple white tee. 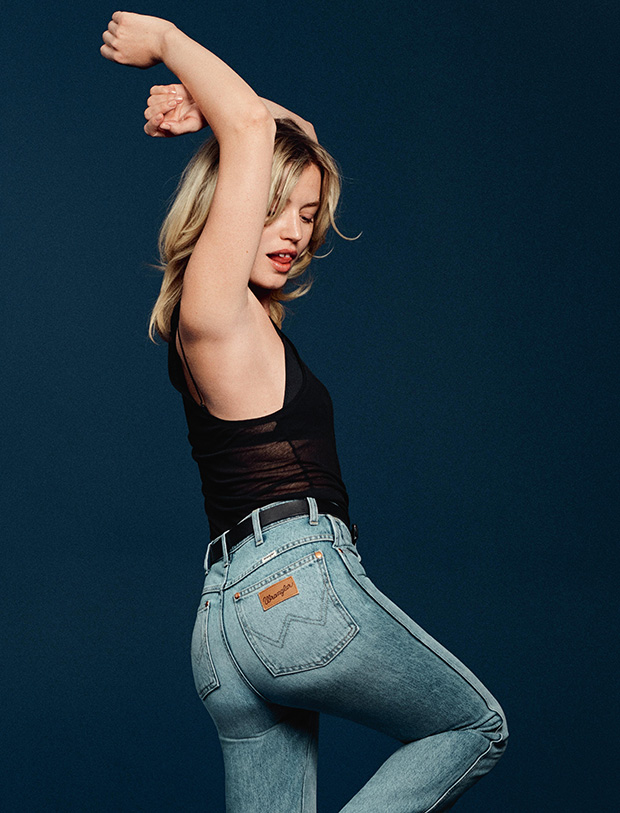 The photos were accompanied by the tagline, “The Wrangler woman confidently commands attention while living by her own rules.” Georgia certainly exudes confidence in these pics! Much of the modeling industry shut down in 2020 amid the ongoing coronavirus pandemic, however photoshoots and even fashion shows are beginning to take place again. 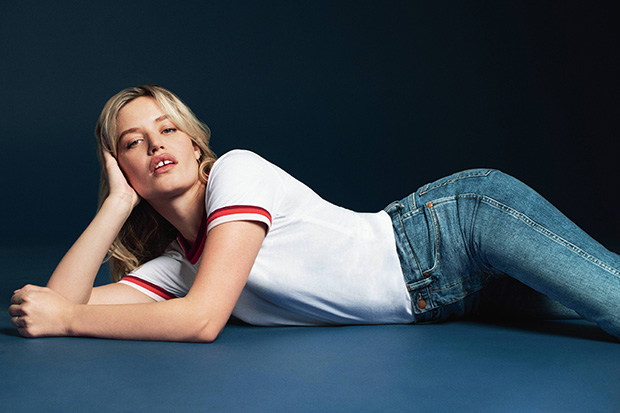 Supermodel, and new mom, Gigi Hadid has returned to her jet setting lifestyle, five months after welcoming a baby girl named Khai in September 2020. She flew into Italy on February 28 ahead of Milan Fashion Week, and flashed her toned midriff in an unbuttoned cardigan. She was joined by her sister Bella Hadid and fellow supermodel Irina Shayk as they jetted into the fashion capital for the upcoming designer shows. 24-year-old Bella stepped out in a brown jacket with a plunging neckline and a belt around her waist. Meanwhile, Irina opted for a pair of black skinny jeans, a bright blue cardigan and knee high black boots. She also wore a black protective face mask, dark shades, and a black cap. Although new precautions are in place to protect both talent and crew members from getting sick, it’s great to see the industry slowly reopening.