Coronation Street star Melanie Hill, 58, has thanked a fan after they claimed she is “underused” in the ITV soap. The actress, who first joined the series as Cathy Matthews in 2015 as a potential love interest for Roy Cropper, played by David Neilson, liked and replied to the tweet from the viewer, named Kelly, who called on producers to give her some stronger storylines.

The post read: “Wish #corrie Cathy had a storyline…

“She’s a brilliant actress and so underused @melaniejhil give them a kick up the backside @itvcorrie.”

She also added a Memoji version of herself crossing her fingers. 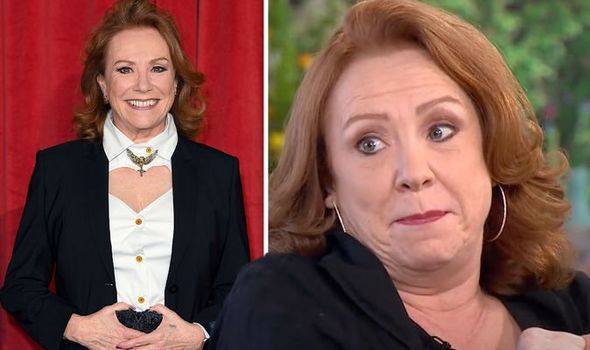 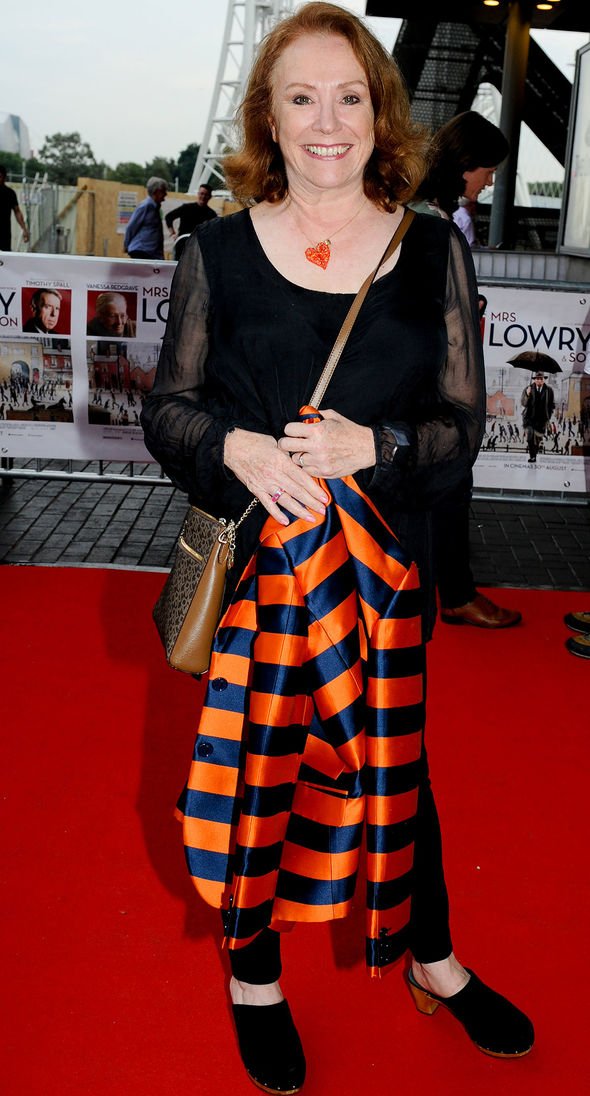 Elsewhere, the soap star admitted that the cast of Corrie is “scared” to return to set during the coronavirus pandemic.

Production on both Coronation Street and Emmerdale was halted on March 23 due to social distancing measures. 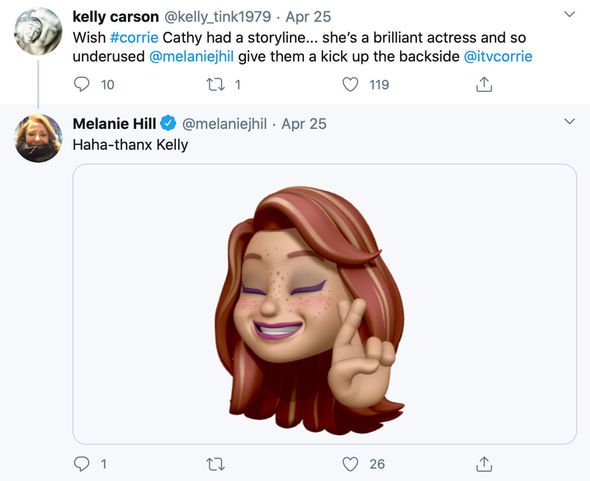 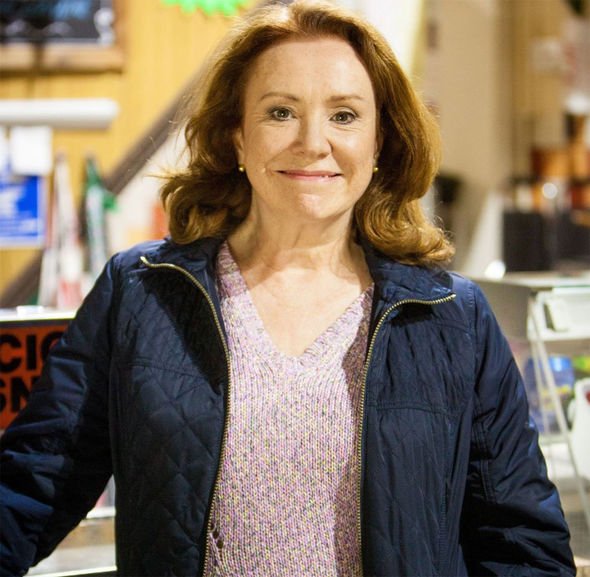 Speaking on WTAF – A This Country podcast, Melanie told hosts Pavo and Neil: “We were absolutely gutted when we had to stop [filming]. But it was getting weird…

“I was meant to be in filming, and I didn’t feel happy about it to be honest.

“I was still going to go, but everyone was scared.”

She continued: “What we shot is eight weeks in the past before we even knew about this virus, so it is weird when you’re watching it and no one is mentioning it.

“I know they’re trying to keep groups of filming, when we go back, as small as possible.”

Corrie is now airing three times a week, rather than its usual six episodes.

Melanie previously opened up about how she felt to see the show’s famous Street on her first day of filming in 2015.

She divulged to Digital Spy: “It was quite emotional.

“I really felt like it was where I was meant to be and that sounds quite silly, but I really feel so happy about where I am.

“I was terrified when I went into Roy’s Rolls though – that was really scary.”

She went on to recall a mishap she suffered during one of her earliest scenes.

Melanie admitted: “They gave me an umbrella that broke during my first take I did, so imagine my nerves.

“I tried to improvise my hardest but I failed miserably. I had to apologise. I was convinced I had blown it.”