Meghan Markle stepped out in New York City in a seemingly pricey outfit on Friday. 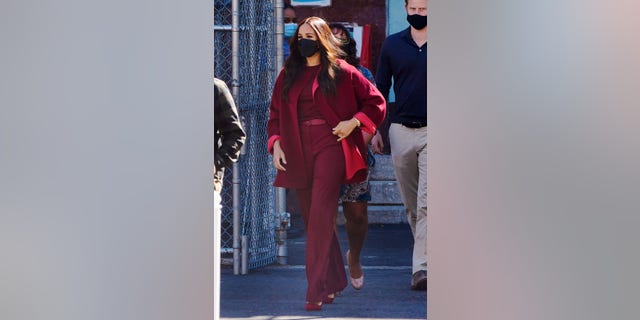 Markle wore the outfit to her appearance with Prince Harry at a Harlem elementary school. During their appearance, the Duchess of Sussex read her children’s book to a group of about two dozen children.

The duke and duchess offered lots of hugs to students at PS 123, a school that services shelters for students without permanent homes. A couple of the children were seen shedding tears when they met the pair. 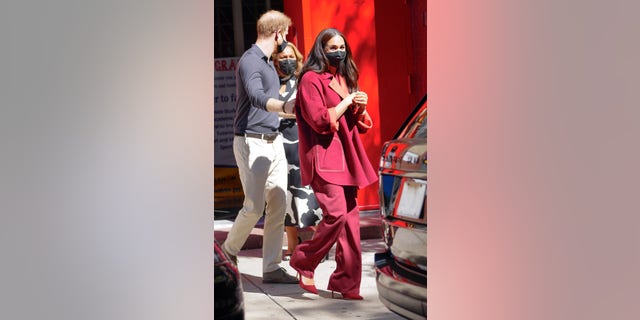 The entire suit cost roughly $7,500. Markle reportedly accessorized with over $300,000 worth of jewelry.
(Photo by Gotham/GC Images via Getty Images)

A group of about 11 second graders had prime spots up front in the playground as Meghan read “The Bench,” which she initially wrote as a Father’s Day poem to Harry after the birth of their son Archie.

The couple, who live in California after stepping aside from royal duties last year, are scheduled to appear on Saturday at a Global Citizen concert aimed at combatting a variety of issues, including climate change, global poverty and vaccine inequity.

They made their first appearance in NYC on Thursday at the One World Trade Center Observatory for a scheduled 8 a.m. visit with New York Governor Kathy Hochul and Mayor Bill de Blasio.

Fox News’ Melissa Roberto and the Associated Press contributed to this report.