Prince William and Kate Middleton may be King and Queen one day, but Prince Harry and Meghan Markle are clearly the the royals of the people!

The latter couple’s account, @sussexroyal, was first introduced to the world on April 2, 2019. Now, not even ten months later, the Instagram page boasts 11.1 MILLION followers. That’s about 100,000 more than Kate and Will’s Insta — @kensingtonroyal. Talk about a come-up, right?!

This must be a truly exciting time for the American Duchess, as she once had her own active online presence before committing all her time to the duties of being a royal. She’s so great at blogging, in fact, eagle-eyed fans believe it’s really her behind the Instagram account.

The original post appeared super official, looking like it was made at the hands of a staff member: 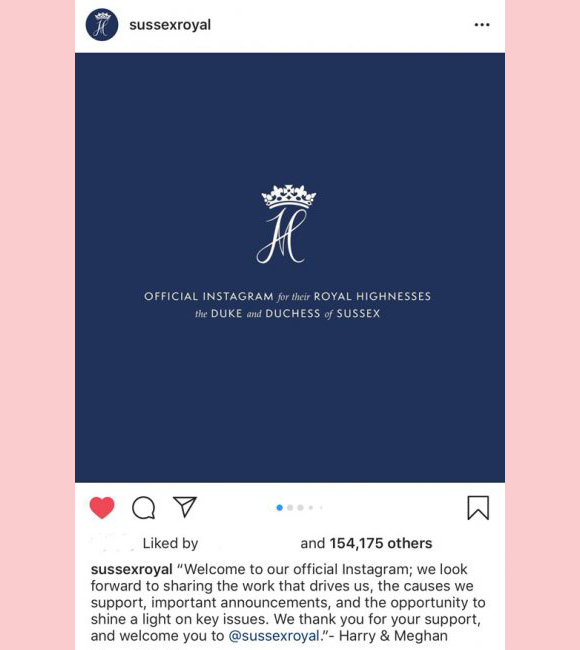 Later on, however, a different post thanked fans for donating to charities “in lieu of sending gifts for the upcoming arrival” of the Royal baby.

Just one week ago, The Duke and Duchess of Sussex asked that you kindly consider supporting various organisations around the world in lieu of sending gifts for the upcoming arrival of their first born. Not only did many of you lend your support, you took action. Their Royal Highnesses wanted you to know the impact of your support – the direct effect your donation, energy, and action made! YOU chose to be part of the collective good, and you have made a real difference. Whether a $5 donation, £1000 contribution, offering to volunteer, or spreading the word – you’ve played your part. And on behalf of The Duke and Duchess (and Baby Sussex), we thank you so much. YOUR IMPACT: @thelunchboxfund will now be able to provide a minimum of 100,000 additional hot nutritionally fortified meals to children in dire need across South Africa @littlevillagehq received donations from all over the world (from UAE to Hong Kong and the US), they’ve increased their monthly donors, had a surge in volunteer applications, and re-energized their hard working team of 200+ staff and volunteers @wellchild can now provide 300+ additional hours of specialist care by a Well Child Nurse for a child with serious health needs, allowing families to stay together at home vs in hospital @Baby2Baby have received over 5,000 products to disperse to children in need, including cribs, books, backpacks, diapers and have received monetary donations from around the globe – from Guadalajara to Italy. You made this happen. Thank you.

Whoever wrote this clearly thought to use the British spelling “organisations”, but they didn’t consistently stick with the zed-free versions:

“@littlevillagehq received donations from all over the world (from UAE to Hong Kong and the US), they’ve increased their monthly donors, had a surge in volunteer applications, and re-energized their hard working team of 200+ staff and volunteers”

The U.K. spelling of that word would be re-energised. And in a previous post, the writer does use the Americanized “organization” posting:

“The Duke of Sussex has proudly been patron of UK based organization Well Child since 2007.”

And then there are some full-on American words:

“@Baby2Baby have received over 5,000 products to disperse to children in need, including cribs, books, backpacks, diapers and have received monetary donations from around the globe – from Guadalajara to Italy.”

“Cribs” and “diapers” aren’t something you’d normally hear from a Brit. Instead you’d get “cots” and “nappies.” Minor, yes, but something an American trying to sound British might not pick up on.

And then, there was this year…

Of course, as Meghan and Harry’s life has unfolded over the past year, so too has there been ever-increasing attention on their IG account. After all, who could forget this INFAMOUS post in early January (below), announcing the couple’s decision to step back from their royal duties:

“After many months of reflection and internal discussions, we have chosen to make a transition this year in starting to carve out a progressive new role within this institution. We intend to step back as ‘senior’ members of the Royal Family and work to become financially independent, while continuing to fully support Her Majesty The Queen. It is with your encouragement, particularly over the last few years, that we feel prepared to make this adjustment. We now plan to balance our time between the United Kingdom and North America, continuing to honour our duty to The Queen, the Commonwealth, and our patronages. This geographic balance will enable us to raise our son with an appreciation for the royal tradition into which he was born, while also providing our family with the space to focus on the next chapter, including the launch of our new charitable entity. We look forward to sharing the full details of this exciting next step in due course, as we continue to collaborate with Her Majesty The Queen, The Prince of Wales, The Duke of Cambridge and all relevant parties. Until then, please accept our deepest thanks for your continued support.” – The Duke and Duchess of Sussex For more information, please visit sussexroyal.com (link in bio) Image © PA

Yeah… after that, how were Will and Kate ever supposed to compete with that news?! The whole Instagram take-over was just a matter of time, y’all!!!

By the way, you can follow Meg and Har HERE, Kate and Will HERE.

Are U intrigued about this development, Perezcious readers? Which couple is your favorite? Is having a favorite lame? Should we just like each on their accord? SOUND OFF in the comments (below)! 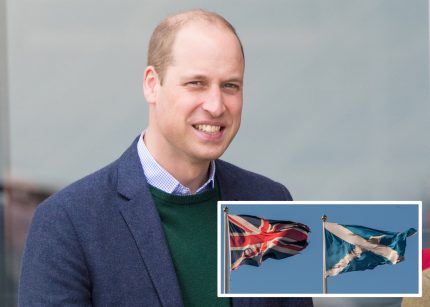 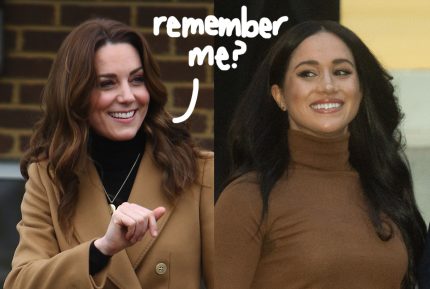 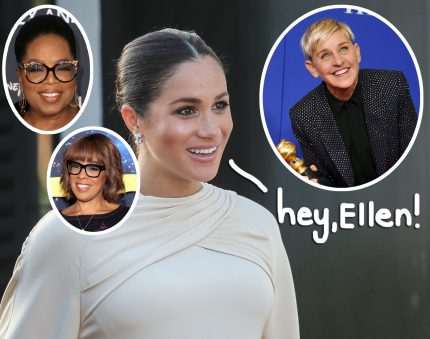 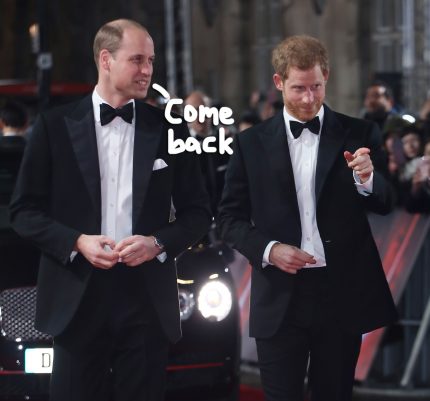