Kelly Ripa and Mark Consuelos jetted off to Italy and Greece with their family to belatedly celebrate their son Michael graduating from New York University.

Michael Consuelos, 24, finally celebrated his college graduation with a trip to Europe with his entire family, including look-a-like dad Mark Consuelos, 50, and mom Kelly Ripa, 50. On Monday, July 5, Kelly shared a plethora of snapshots to social media from their family vacation to both Italy and Greece, which the couple’s two other children, daughter Lola, 20, and son Joaquin, 18, also attended, as did a bunch more family members. According to Kelly’s post, the trip was a belated celebration for Michael completing his undergraduate studies at New York University in May 2020, as well as for Kelly and Mark’s niece’s graduation.

In Kelly’s post, the big family posed together for group shots on a beach in Greece and on steps in a town in Italy. Michael couldn’t look more like Mark in the photos, especially in one pic from Italy where the father-son pairing stood right beside each other. Kelly captioned her post: “Last year’s graduation trip for our oldest son and niece was delayed long enough to become a graduation trip for the family newborns as well!”

The celebrations for Michael finishing his college years were long overdue, given the COVID-19 pandemic disrupted the family’s intended plans last year. But Kelly still congratulated Michael on his accomplishment at the time by posting a photo to her Instagram Stories on May 21, 2020 of her eldest son giving the camera a thumbs up while smiling. The Live with Kelly and Ryan host stood next to her son while holding a purple graduation cap tassel that said “proud mom 2020”. She wrote on the post, “This kid! #nyu #2020” with an arrow pointing to Michael, all in NYU Violet.” 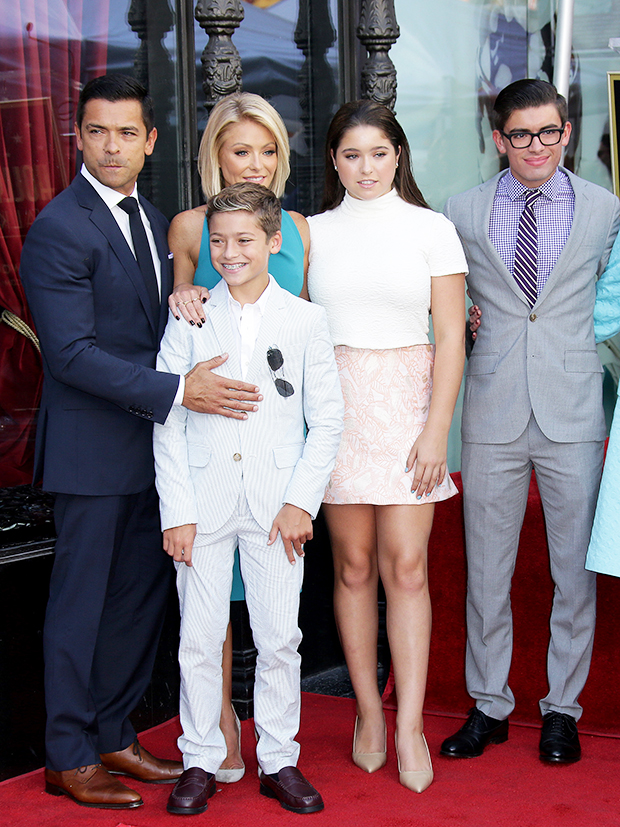 Now that Michael is out of college, there’s not telling what he plans to accomplish next. During his semester spent at home during quarantine, he acted as a de facto production assistant for his mother when she filmed episodes of Live virtually. He also could follow in his parent’s footsteps and pursue acting, for all we know. After all, he did appear in a 2018 flashback episode of Riverdale as the younger version of his dad’s character, Hiram Lodge. We’re looking forward to seeing what Michael does next!