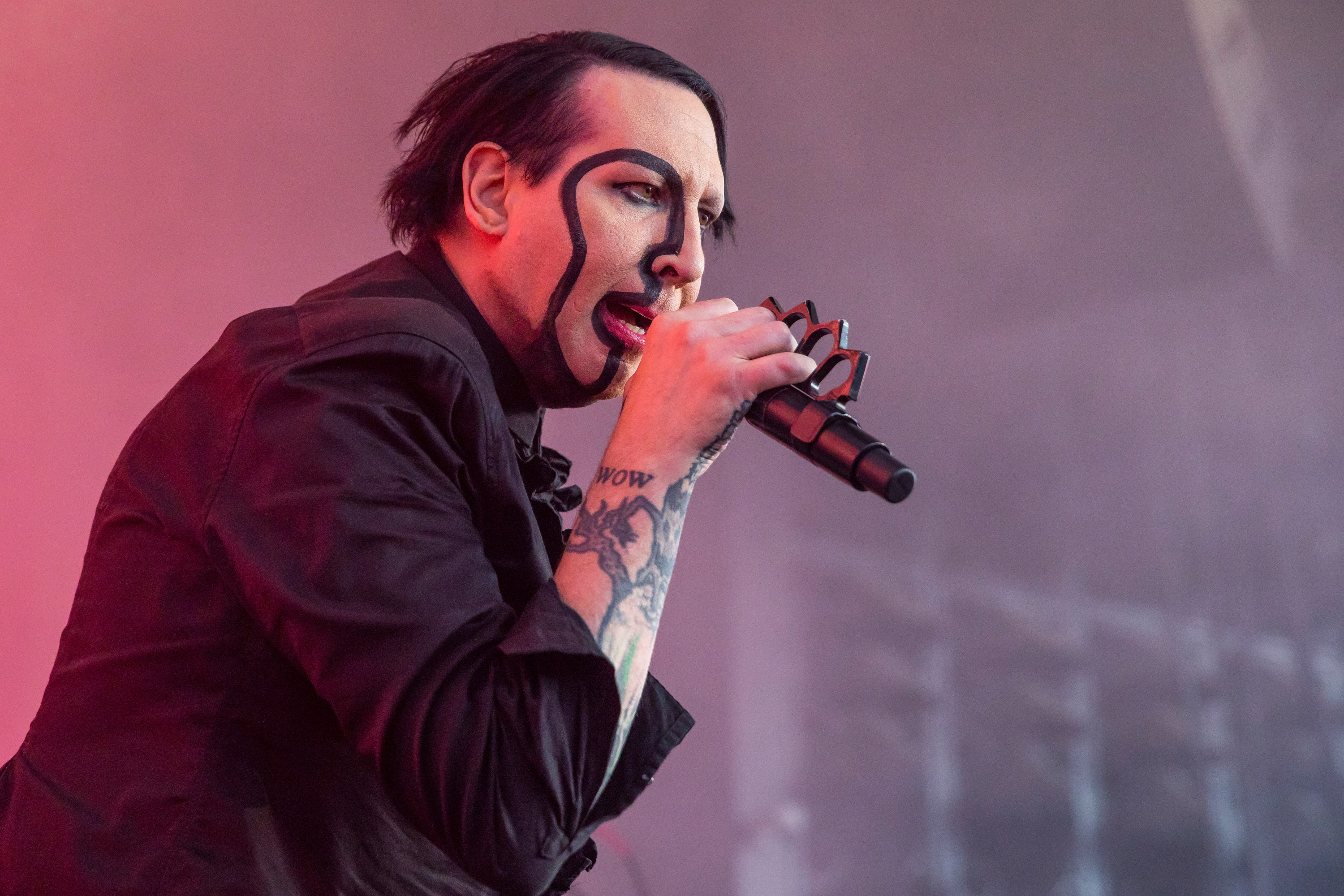 Marilyn Manson is wanted on an arrest warrant after allegedly failing to answer pending charges for a 2019 incident involving a videographer.

New Hampshire police shared a statement, saying he is wanted for two counts of Class A misdemeanor Simple Assault. They stressed that the charges are not sexual in nature, following various recent allegations against Manson.

‘Mr. Warner, his agent and legal counsel have been aware of the warrant for some time and no effort has been made by him to return to New Hampshire to answer the pending charges.’

The statement added: ‘Mr. Warner had been performing a concert at the Bank of NH Pavilion on August 18, 2019, when the alleged simple assaults occurred.

‘The issuance of an arrest warrant is not a presumption of guilt.

‘The videographer had been subcontracted by a NH based company to video the concert, and had been located in the stage pit area when the alleged assaults occurred.

‘A Class A misdemeanor in NH can carry a possible jail sentence of less than one year and a fine of $2,000.00 or less.

‘The alleged assaults are not sexual in nature as has been asked by several other media outlets due to a number of other allegations made against Mr. Warner.’

The musician has also faced allegations of sexual assault, including from his ex Evan Rachel Wood, which he has denied.

Manson denied the claims in his own post, describing Wood’s allegations as ‘horrible distortions of reality’.

In a statement shared on Instagram, he said: ‘Obviously, my art and my life have long been magnets for controversy, but these recent claims about me are horrible distortions of reality.

‘My intimate relationships have always been entirely consensual with like-minded partners. Regardless of how – and why – others are now choosing to misrepresent the past, that is the truth.’