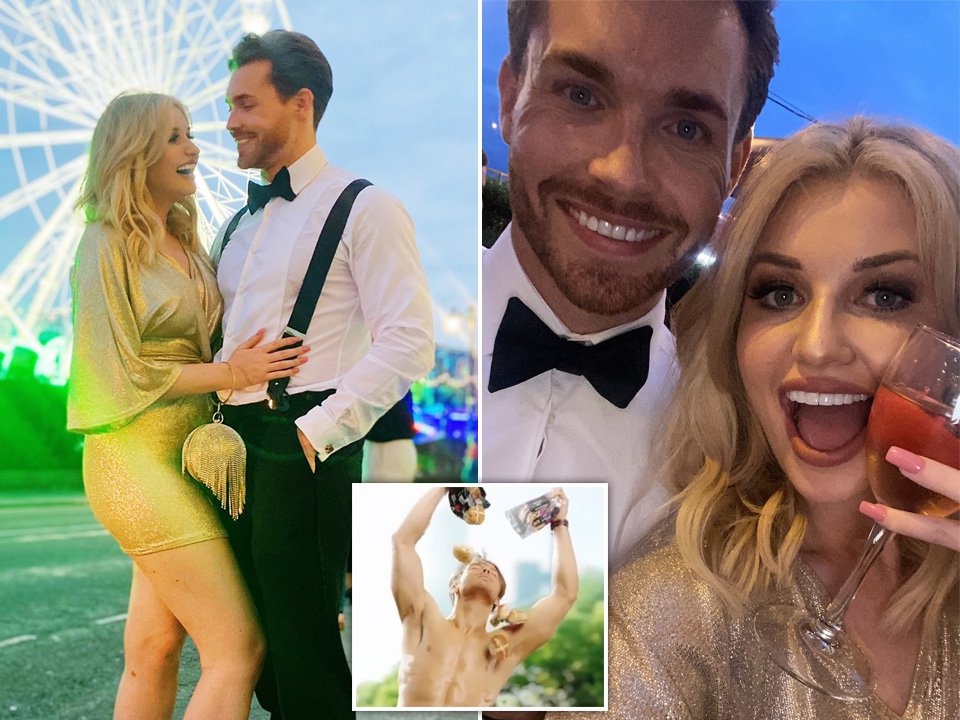 Former Love Island star Amy Hart has found love with a new man, and it turns out he’s quite the TV hunk.

Amy, who appeared in the 2019 series of the ITV2 show and left the villa after her romance with Curtis Pritchard fell apart, shared loved-up snaps of herself online with her beau Sam Rason.

Sam, a model and entrepreneur, had TV viewers getting hot under their collars in 2016, as he starred in Aldi’s rather saucy Easter campaign, posing as a topless gardener who really, really likes hot cross buns.

Amy, 28, shared her happy news on social media, posting a picture of herself and Sam cosying up and posing in front of a ferris wheel.

‘Only gone and got myself a bloody boyfriend,’ she wrote, giddily, on Twitter, while adding on Instagram that ‘good things come to those who wait’.

Another photo saw the gorgeous new couple posing for a beaming selfie.

Former flight attendant Amy later thanked her fans and followers for their lovely messages about her new romance, sharing another snap of herself and Sam on Instagram Stories.

‘We are very happy, and to everyone saying this has given them hope, DON’T SETTLE!’ she wrote, urging the unlucky in love to stay positive.

‘Wait for the right person, they will come.’

So, it certainly seems that Sam might be The One for Amy, and her pals were all up in her comments on Instagram to share their joy for her.

Yewande Biala, who was in the Love Island villa with Amy, gushed: ‘Been waiting for this announcement! So happy for you both.’

Rosie Williams, who appeared in Love Island the previous year, was overjoyed for her pal, writing ‘Awe this makes me so happy’, while presenter, DJ and influencer Ashley James added: ‘Love to see this.’

As well as his Aldi campaign a few years ago, Sam is also the founder of a company called Viva City, which, according to his LinkedIn profile, helps ‘businesses utilise WeChat mini programs to increase direct sales opportunity and improve customer experience for Chinese customers.’

Amy had a difficult time during her stint on Love Island, quickly falling for Curtis before it all went pear-shaped.

He broke her heart when he returned from Casa Amor after flirting with model Jourdan Riane, leading to the now-infamous ‘I was coming back in here to tell you that I loved you’ showdown.

Curtis split from Amy and pursued Maura Higgins, leading to Amy deciding to leave the villa of her own accord.

However, despite her dramatic and emotional exit from the show, she later made up with Curtis, with the pair meeting up last year and showing there was no bad blood.

Amy also later appeared on E4 series Celebs Go Dating and had a brief dalliance with Kurt McKenna, but it didn’t last.