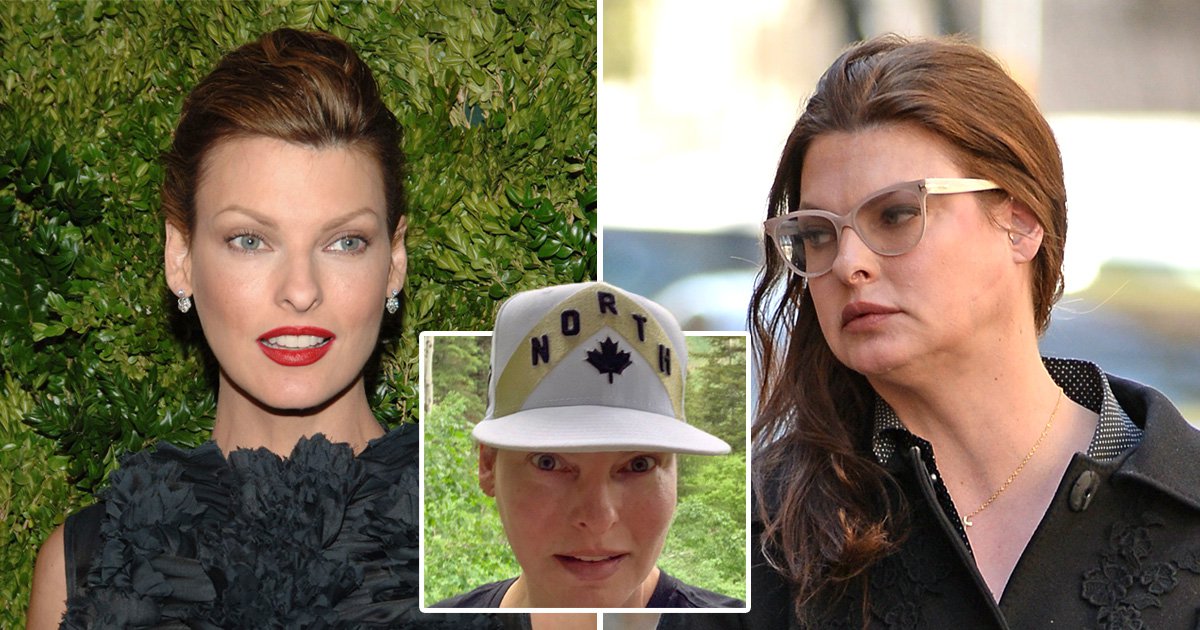 Linda Evangelista claims she has been left ‘permanently deformed’ and ‘brutally disfigured’ after undergoing a fat-reducing procedure five years ago.

The iconic supermodel, 56, shared a statement to Instagram that revealed she is now taking legal action, after she developed a rare side effect from the CoolSculpting procedure that she claims turned her into a ‘recluse’.

Linda explained that the treatment which should ‘decrease’ fat cells did the opposite to her and instead ‘increased’ her fat cells – a risk she claims she wasn’t warned of ahead of the procedure.

As a result, Linda says she developed Paradoxical Adipose Hyperplasia (PAH) – a rare side effect of cryolipolysis used in coolsculpting treatments which causes fatty tissue to thicken and fat cells to expand rather than breaking them down.

She claims PAH led to her ‘self-loathing’ and plunged her into a cycle of ‘deep depression’, forcing her to take a step back from the spotlight and undergo two corrective surgeries to try and rectify the original procedure.

Linda’s statement read: ‘Today I took a big step towards righting a wrong that I have suffered and have kept to myself for over five years.

‘To my followers who have wondered why I have not been working while my peers’ careers have been thriving, the reason is that I was brutally disfigured by Zeltiq’s CoolSculpting procedure…’

It continued: ‘[The procedure] did the opposite of what it promised. It increased, not decreased, my fat cells and left me permanently deformed even after undergoing two painful, unsuccessful corrective surgeries.

‘I have been left, as the media described, “unrecognizable.” I have developed Paradoxical Adipose Hyperplasia or PAH, a risk of which I was not made aware before I had the procedures…

‘PAH has not only destroyed my livelihood, it has sent me into a cycle of deep depression, profound sadness, and the lowest depths of self-loathing. In the process, I have become a recluse…

‘With this lawsuit, I am moving forward to rid myself of my shame, and going public with my story. I’m so tired of living this way. [sic]’

Linda concluded: ‘I would like to walk out my door with my head held high, despite not looking like myself any longer.’

PAH is an extremely rare condition. It’s believed the condition has a rate incidence of 0.0051% out of the 1.5million CoolSculpting procedures that go ahead across the globe.

It is a side effect of a cryolipolysis procedure – a body sculpting method – that uses a device, with a temperature of below freezing, that targets fat deposits.

It’s a non-surgical procedure that freezes and kills fat cells, which then pass through the body.

Linda captioned her statement with the hashtags ‘#TheTruth’ and ‘#MyStory’ as many of her famous friends rushed to send her their support in the comments.

Schitt’s Creek star Dan Levy posted three love hearts underneath her post, while Gwyneth Paltrow followed suit adding a heart of her own.

Actress January Jones penned: ‘Love that you’re reclaiming your story. This strength and bravery supersedes any superficial outward appearance. An icon is an icon is an icon. Always.’

Naomi Campbell said: ‘Elos I applaud you for your Courage and strength to Share your experience and not be held hostage by it anymore .. You know I love you . We love you ., and here for you always Right by your side .. I can’t imagine the pain you gone through mentally these past 5 years ., your free of it now .. remember who you are , and What you have achieved and your influence and all the lives of people you have touched , and still doing so to this very day by sharing your story . Proud of you, and support you every step of the way… [sic]’

Designer Marc Jacobs added: ‘Thank you for your courage and strength. I love you dear Linda,’ while Vogue Editor-In-Chief Edward Enninful said: ‘We love you, Linda. Always brave and inspiring. You will always be an icon.’

Model Helena Christensen shared: ‘It would’ve taken immense courage and strength to write these words. I can honestly say that I broke down in tears reading this. Not only because I knew in my heart you somehow had been quietly going through something deeply personal and disturbing but also because I thought of all the scars life leaves on us all, whether physical or emotional and how long we suffer mostly in silence and alone.

‘It is so important and beautiful when someone steps out of the shadow and are brutally honest and real. Thank you for being beautiful inside and out.’

Linda found fame as a fashion model in the 1990s and has featured on over 700 magazine covers, including Vogue, Vogue Italia, Harper’s Bazaar, and Rolling Stone, throughout her career.

The catwalk star’s modelling career was iconic, with Linda named as one of the 90s Big Five, alongside Cindy, Naomi, Christy Turlington, and Claudia Schiffe.

Metro.co.uk has reached out to Zeltiq.