If there’s any couple that has put their fans on an emotional rollercoaster, it’s Lili Reinhart and Cole Sprouse. The two play on-screen couple Betty Cooper and Jughead Jones in The CW’s Riverdale. As for their off-screen status? Well, that’s an entirely different, topsy-turvy story. If anything, Lili Reinhart and Cole Sprouse’s quotes about their relationship show they have a deep tenderness for each other, even if they keep the deets super private.

A quick timeline: In March 2018, about a year after Riverdale started airing, fans were at a fever pitch due to Reinhart-Sprouse dating rumors. (When asked dead-on at Comic Con that year, Sprouse gave a dry "No comment.") A few months later at the 2018 Met Gala in May, the two made their couple debut. Fast forward to July 22, 2019, when sources reportedly confirmed to Us Weekly that Reinhart and Sprouse had reportedly broken up. A few days later, a source reportedly told E! News, "Now that filming is happening again, it is very likely they will mend the relationship and get back together. They spend a lot of time together on set."

And just as everyone was tweeting "love is dead", Sprouse and Reinhart upped the ante by promoting their joint cover for W Magazine. "Unprecedented: Cole Sprouse and Lili Reinhart consume the flesh of ‘reliable sources’ to fuel their bacchanalian sex cult," Sprouse wrote on Instagram. Reinhart’s caption was more direct: "Breaking: A reliable source has confirmed that none of you know sh*t."

Completely on-brand for this couple, here are TK quotes from Reinhart and Sprouse about their relationship that prove the two are serious about keeping their love between the two of them.

Prior to confirmation of their relationship, Reinhart did speak about Sprouse as a friend to Ocean Drive in February 2018. When asked whether Sprouse gave her any pointers on processing fame — you know, since he starred in Big Daddy and The Suite Life of Zack & Cody and all — Reinhart said:

‘It’s Called A Private Life For A Reason’

Both Reinhart and Sprouse spoke — or didn’t quite speak — about their love life in Seventeen’s May / June 2018 feature on the Riverdale cast. Talking about the advice he’d give is younger self, Sprouse said:

Reinhart, on the other hand, explained why she doesn’t want to spill the tea about her love life. She told Seventeen:

Reinhart Is ‘The Only Thing Keeping [Sprouse] Sane’ 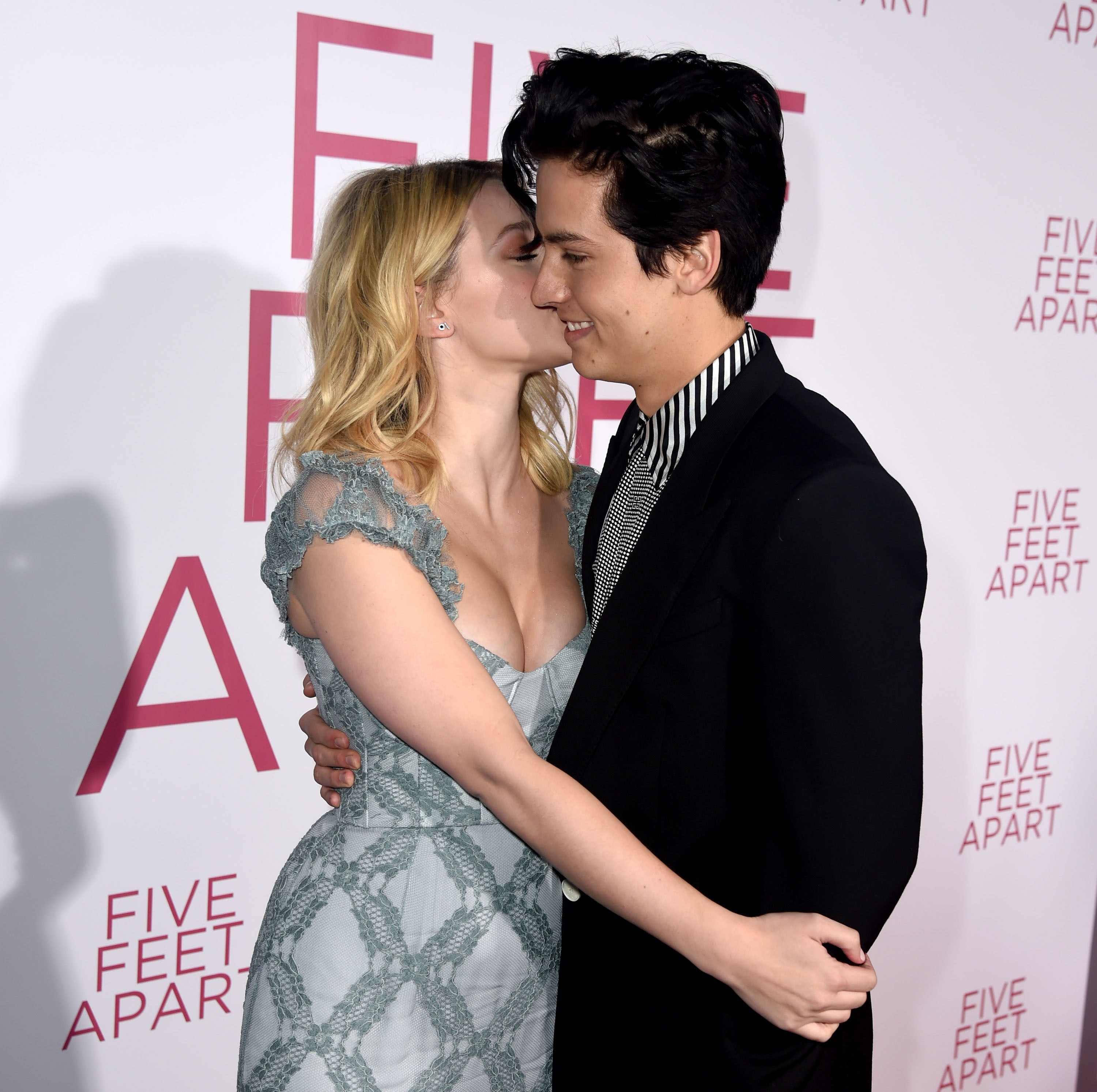 On Valentine’s Day 2019, Sprouse shared a snap of Reinhart in a red peacoat with a rosy nose and cheeks, saying:

There are so many juicy nuggets in the now-infamous W Magazine article. For starters, Sprouse and Reinhart reportedly insisted that if they were interviewed together, it wouldn’t be as a couple. Reinhart told W:

Reinhart also went on to say she initially didn’t want to keep her relationship with Sprouse private, but he changed her mind — for what she feels like is the better:

In context with Reinhart’s quotes about how fame has exacerbated her anxiety, this makes total sense.

‘They Haven’t Known The Fortune It Is To Love You’

Post-breakup rumors, Reinhart shared a photo of Sprouse to her Instagram for his birthday on Aug. 4. Reinhart’s caption read:

Whatever the status of their relationship may be, the unconditional tenderness in this Instagram post can’t be overlooked.

‘You Have To Poke Fun A Little Bit’

Sprouse’s response to how he handles breakup rumors was as tongue-in-cheek as that W Magazine Insta caption. In August 2019, Sprouse playfully told ET that the breakup rumors were "incredibly" annoying. He then went on to say:

I don’t know about you, but this seems to me like confirmation from Sprouse that, yes, he and Reinhart were just messing with fans.

In a September 2019 Q&A with Coveteur, also post-breakup rumors, Reinhart refers to Sprouse as her boyfriend. She mostly spoke about Hustlers, but at one point, she gets asked about her iconic Halloween makeup and what’s on deck for this year. Reinhart said:

You wouldn’t do a couples’ costume if you were broken up with someone, right?

‘Haven’t I Just Been So Lucky?’

And last but not least, Sprouse shared a picture of Reinhart for her birthday this year on Sept. 13. Sprouse captioned the snaps:

Which is, in fact, a pretty sweet caption as far as Friday the 13th posts and "Happy birthday to my girlfriend" messages go. While Reinhart and Sprouse are keeping it all close to their chests, fans can at least admit that they’re always going to be a sweet couple worth shipping. Here’s hoping they keep up the cuteness for many years to come.