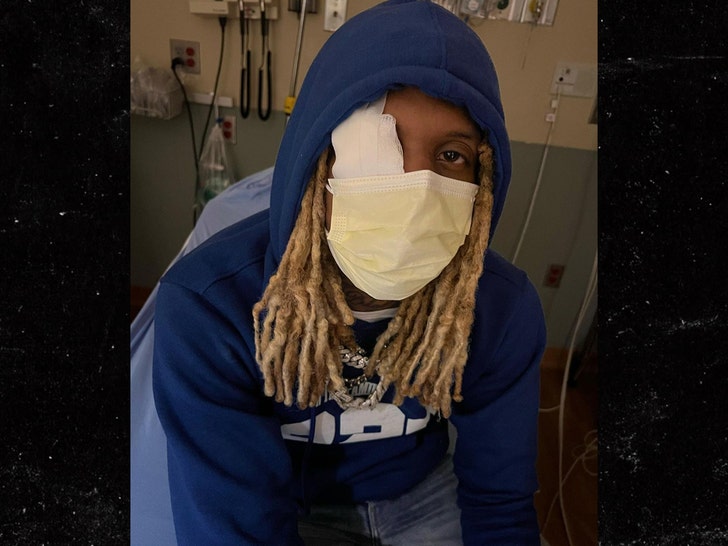 Lil Durk is going to be taking some time off after a scary incident during his set at Lollapalooza left the rapper with injuries to his face.

Durk posted a pic of himself at what appears to be a medical facility Sunday with the caption “Due to the incident that happened at Lollapalooza in Chicago on stage, I’ma take a break & focus on my health. I finished my performance yesterday for my fans. Appreciate y’all.”

Durk was midway through performing his verse from Pooh Shiesty‘s “Back In Blood” record when there was an explosion of smoke super close to him on stage … causing Durk to back up, wiping and covering his face with his shirt.

Ironically or not, he went on to perform his verse off Nardo Wick‘s “Who Want Smoke??”

It’s currently unclear if the explosion was planned, and Durk was just in the wrong position or if the effect happened unplanned.