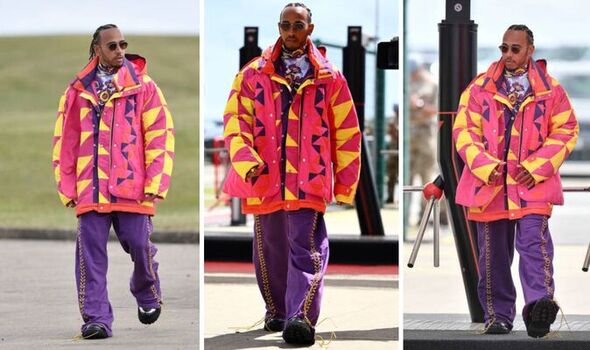 The star appears downcast in recent snaps from Silverstone.

Lewis Hamilton turned up for the British Grand Prix looking somewhat dispirited amid news of a recent video which appears to show ex-racing driver Nelson Piquet using a racist term to refer to the Formula One driver. Despite his bright clothing, the star, 37, looked in less than good spirits after arriving at the event.

The Mercedes driver was wearing an oversized pink and yellow patterned coat as he walked through Silverstone motor racing circuit.

He wore purple trousers with a stitched yellow pattern through the middle as well as chunky black boots.

To finish the look, he wore a funky multi-coloured scarf and dark shades.

The seven-times Formula One winner reacted to the video of Piquet, branding his attitude “archaic” and said it had “no place in our sport”. 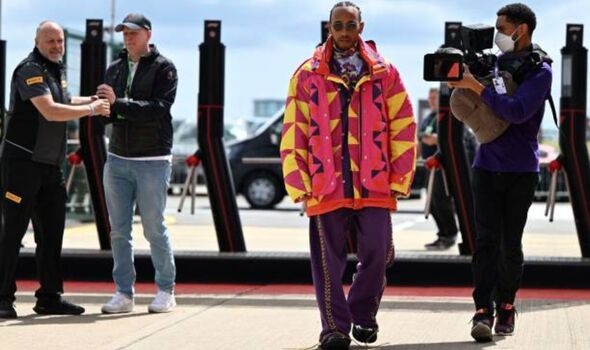 Recent snaps showing the Formula One star in rather colourful clothing as he showed up at Silverstone in preparation for the British Grand Prix. 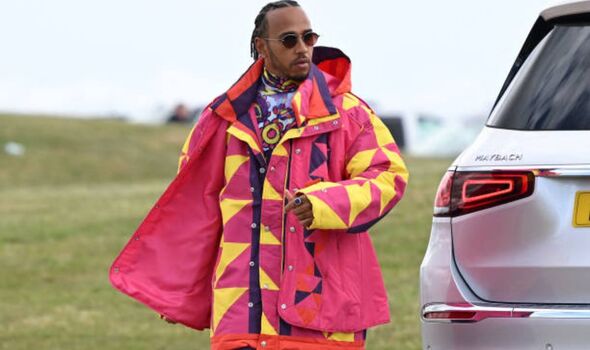 Lewis Hamilton shows up at Silverstone 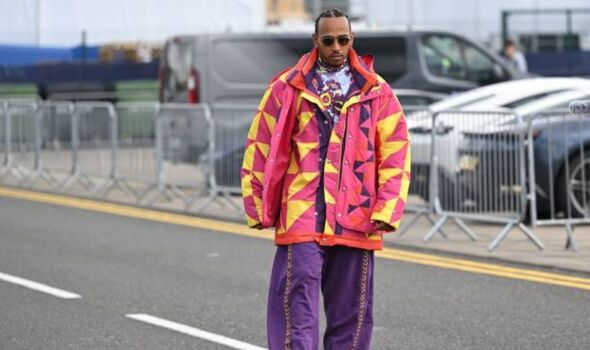 The leaked video shows Nelson Piquet using a racist term to refer to the driver. 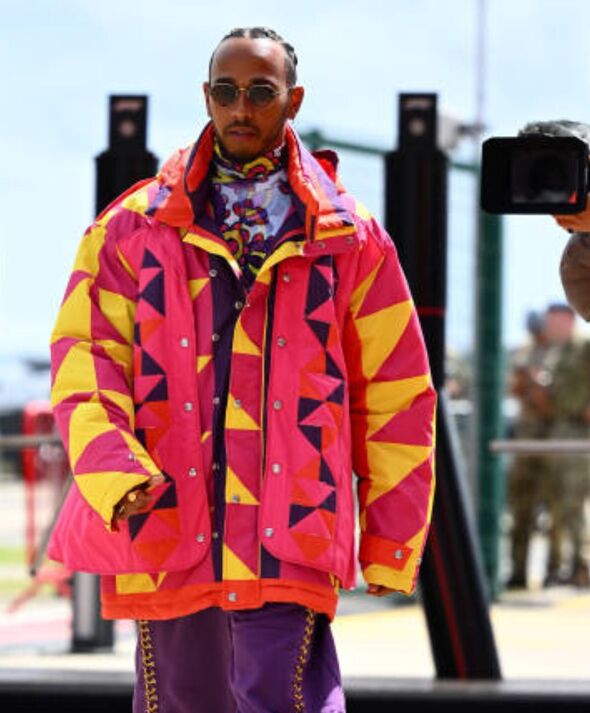 Despite his bright clothing, the star appeared to be in somewhat of a low mood at the event. 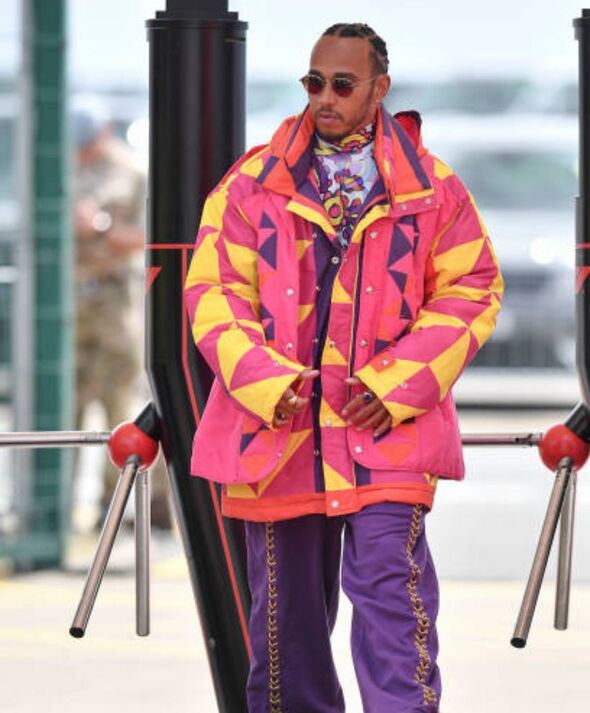 He also dressed in purple trousers with a stitched yellow pattern through the middle, alongside chunky black boots. 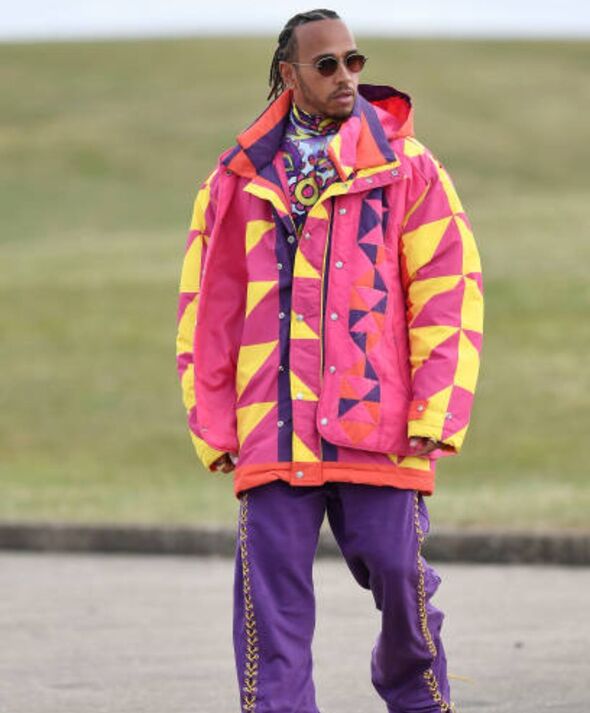 He finished the look with a funky multi-coloured scarf and dark shades.