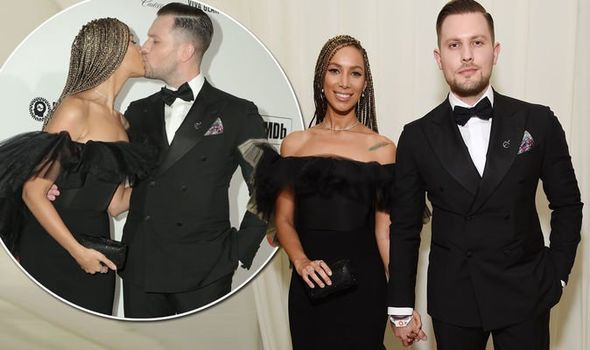 Leona Lewis, 34, put on a very loved-up display with her husband Dennis Jauch in West Hollywood on Sunday night.

The singer and her long-time partner, who she married in Italy last summer after almost ten years of dating, attended the star-studded Elton John Oscars 2020 party.

The newlyweds were all smiles when they posed for pictures at the bash and even enjoyed a kiss in front of the cameras.

Leona, who found fame on the X Factor in 2006, looked incredible in a stunning fishtail gown from American fashion designer Christian Siriano.

Her strapless number featured layers of soft tulle fabric along the neckline and down the back to create a very dramatic silhouette.

The form-fitting gown perfectly showcased her incredible figure as she posed for pictures alongside her husband of six months.

A slick of nude lipstick completed her glamorous look. 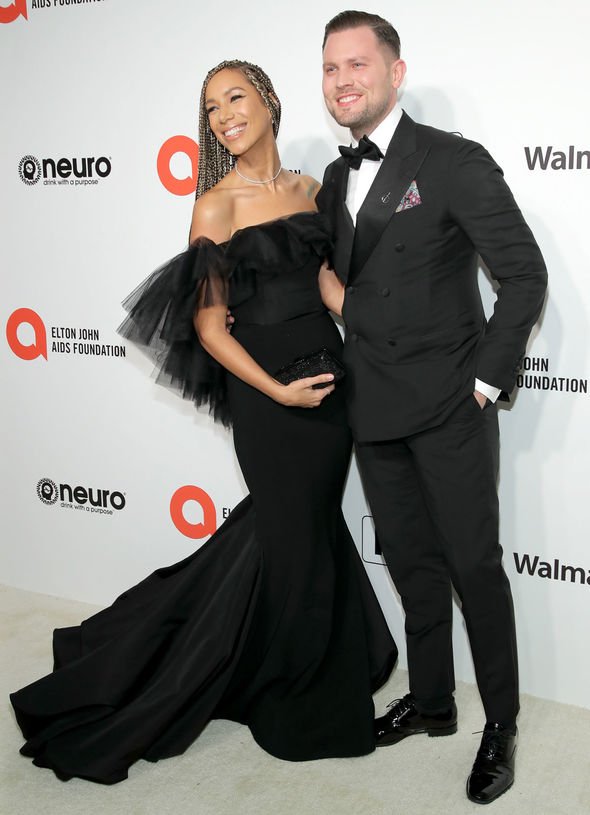 Also at the star-studded bash was Sir Elton John himself who won an award at the prestigious award ceremony.

The 72-year-old singer and songwriter scooped the Best Original Song accolade for the track (I’m Gonna) Love Me Again, which is from Rocketman – a biopic movie about his life starring Taron Egerton.

Actress Jane Seymour was also at the party and showcased her phenomenal figure in a plunging silver gown, 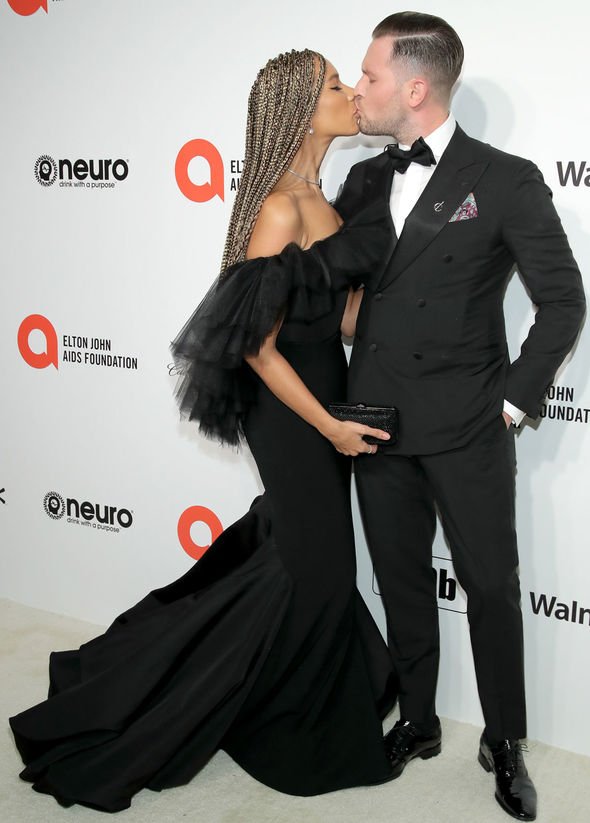 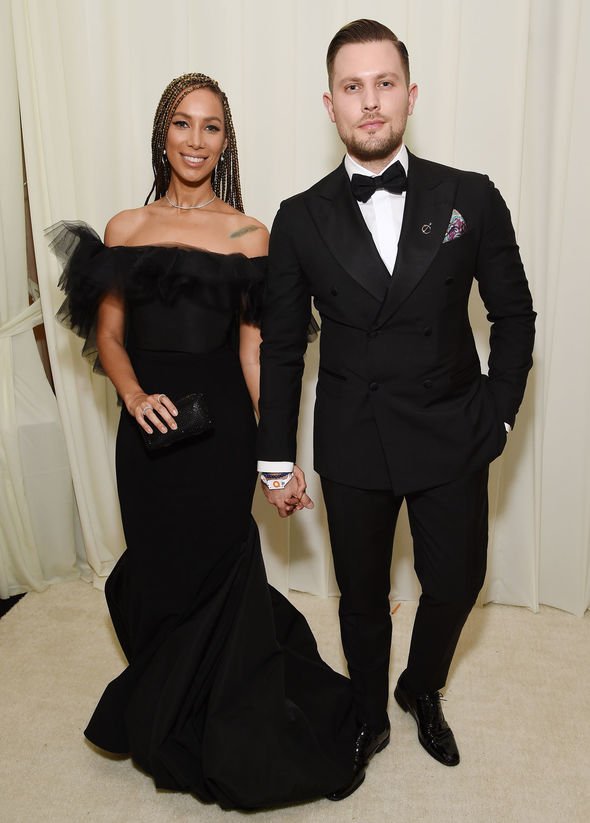 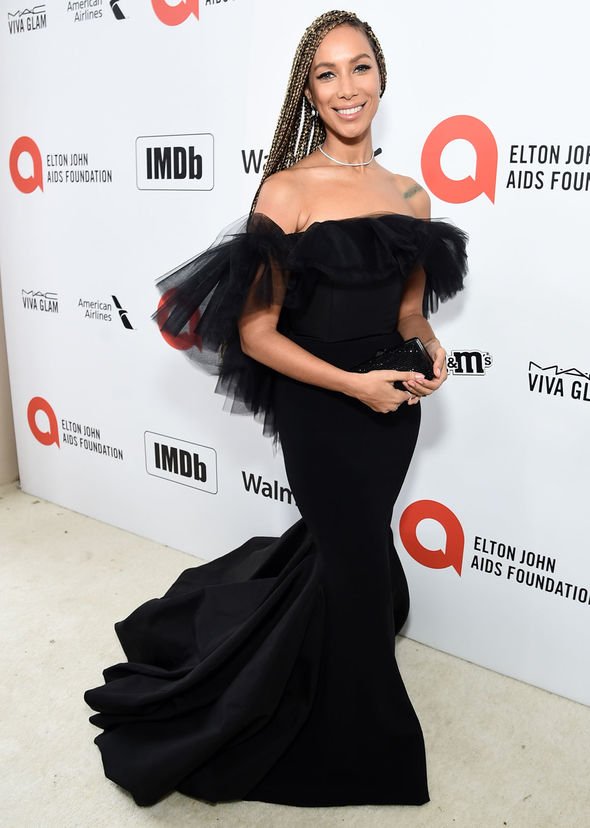 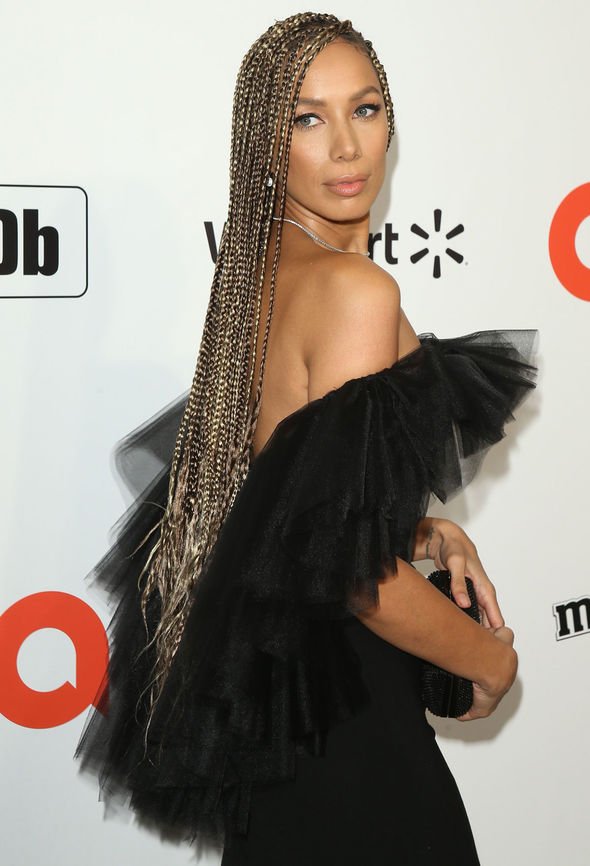 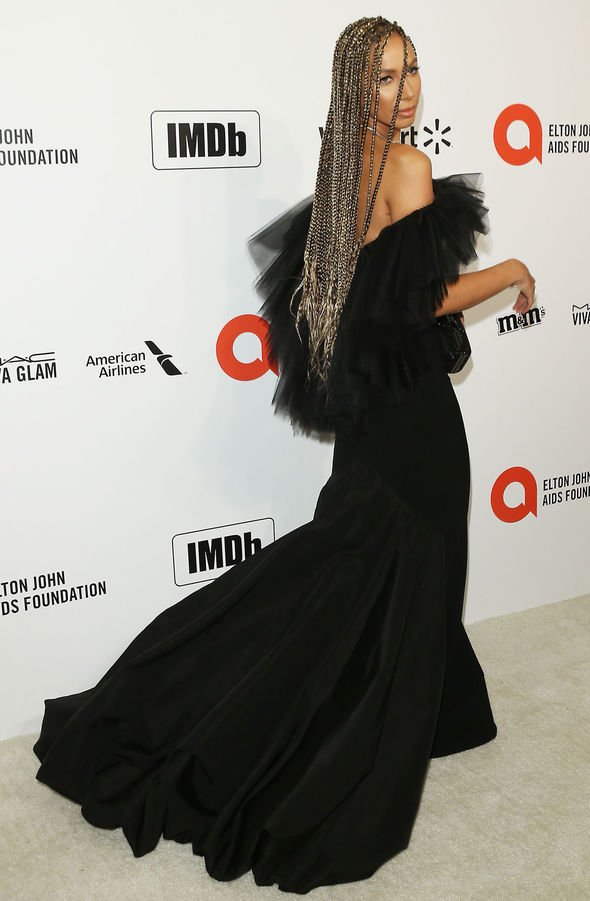 At the party Elton posed with his long-time songwriting partner Bernie Taupin, 69, and their Academy Awards.

It is Elton’s second Oscar and Bernie’s first.