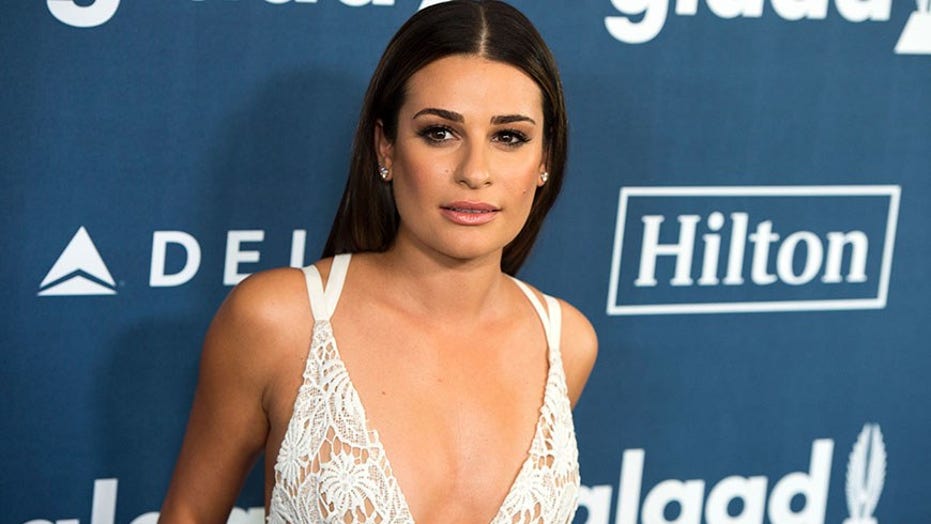 Lea Michele has returned to social media one month following the "Glee" scandal in which she was dubbed a terror to work with by many of her former co-stars.

The future mother-to-be returned to Instagram on Friday, exactly one month after releasing an apology on the social media platform.

Michele's big return came in the form of an Instagram Story, which included multiple shots of a hiking trail. The final pic she posted to the photo-sharing app showed her walking down a hill donning a black face mask, sports bra, and matching leggings. Her baby bump was on full display.

CO-STARS WHO REPORTEDLY DIDN'T GET ALONG OFF-SCREEN 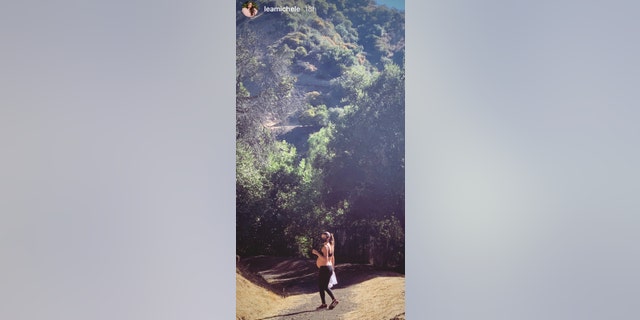 Michele is expecting her first child with husband Zandy Reich. But her pregnancy was compounded by drama last month when former "Glee" star Samantha Marie Ware called out the actress for making her life on the set of the popular TV series a "living hell."

Since then, a handful of Michele's other co-stars have spoken out with similar accusations. Such celebs have included fellow "Glee" stars Alex Newell and Heather Morris, as well as stars from other shows and Michele's time on Broadway.

The scandal began when Michele, like many in Hollywood, shared a post on her Twitter in support of the Black Lives Matter movement in the wake of the death of George Floyd. Ware responded to the tweet to air some dirty laundry from behind the scenes of “Glee” Season 6.

“LMAO REMEMBER WHEN YOU MADE MY FIRST TELEVISON GIG A LIVING HELL?!?! CAUSE ILL NEVER FORGET,” she wrote. “I BELIEVE YOU TOLD EVERYONE THAT IF TOU HAD THE OPPORTUNITY YOU WOULD 'S— IN MY WIG!' AMONGST OTHER TRAUMATIC MICROAGRESSIONS THAT MADE ME QUESTION A CAREER IN HOLLYWOOD…” 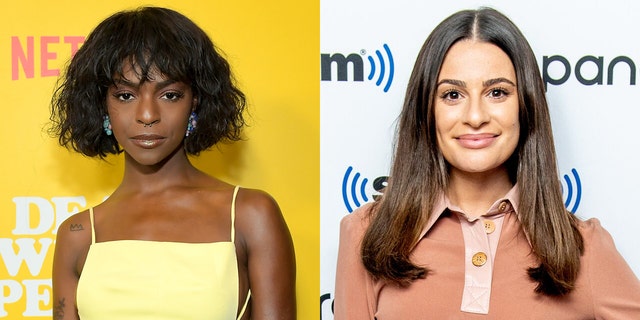 Samantha Ware called out Lea Michele over behavior she alleges happened while on the set of ‘Glee.’ (Getty Images)
(Getty Images)

Fellow “Glee” cast member Alex Newell responded in support of Ware’s tweets with two gifs from “RuPaul’s Drag Race.” Meanwhile, actor Dabier Snell, who had a guest role on the series, tweeted that Michele didn’t let him sit at a lunch table with other cast members when he was on set.

“I’m with you my sister,” Dabier in response to Ware’s tweet. “I had a similar experience with her that was distasteful.”

The accusations led to Michele releasing an apology, saying she was sorry for causing any harm to Ware. She also said she didn't remember it but insisted that's "not really the point."

LEA MICHELE ON BEING SHADED BY LINDSAY LOHAN: IT WAS 'AN HONOR'

"What matters is that I clearly acted in ways which hurt other people," Michele, 33, wrote in a statement. "One of the most important lessons of the last few weeks is that we need to take the time to listen and learn about other people's perspectives and any role we have played or anything we can do to help address the injustices that they face."

Her statement continued: "Whether it was my privileged position and perspective that caused me to be perceived as insensitive or inappropriate at times or whether it was just my immaturity and me just being unnecessarily difficult, I apologize for my behavior and for any pain which I have caused. We all can grow and change and I have definitely used these past several months to reflect on my own shortcomings."

However, earlier this week, Craig Ramsay, one of her Broadway co-stars, referred to the “Glee” alum as a “despicable human being” on the “Behind the Velvet Rope with David Yontef” podcast.

The Broadway actor also dubbed Michele as “one of the most entitled people” he’s met.

He added: “I think she has lost touch with reality.”

Ramsay claimed to be around Michele when she learned that she would be in “Glee” and said “she was possessed with this.” Michele has yet to respond publicly to Ramsay's claims.