I Love Lucy star Lucille Ball seemingly knew to expect the unexpected when chatting with friend and iconic TV personality Johnny Carson. However, when he asked her how old she was when she lost her virginity – well, let’s just say her face said it all. And that seemed to be exactly what Carson was hoping for.

But did Ball answer the question? 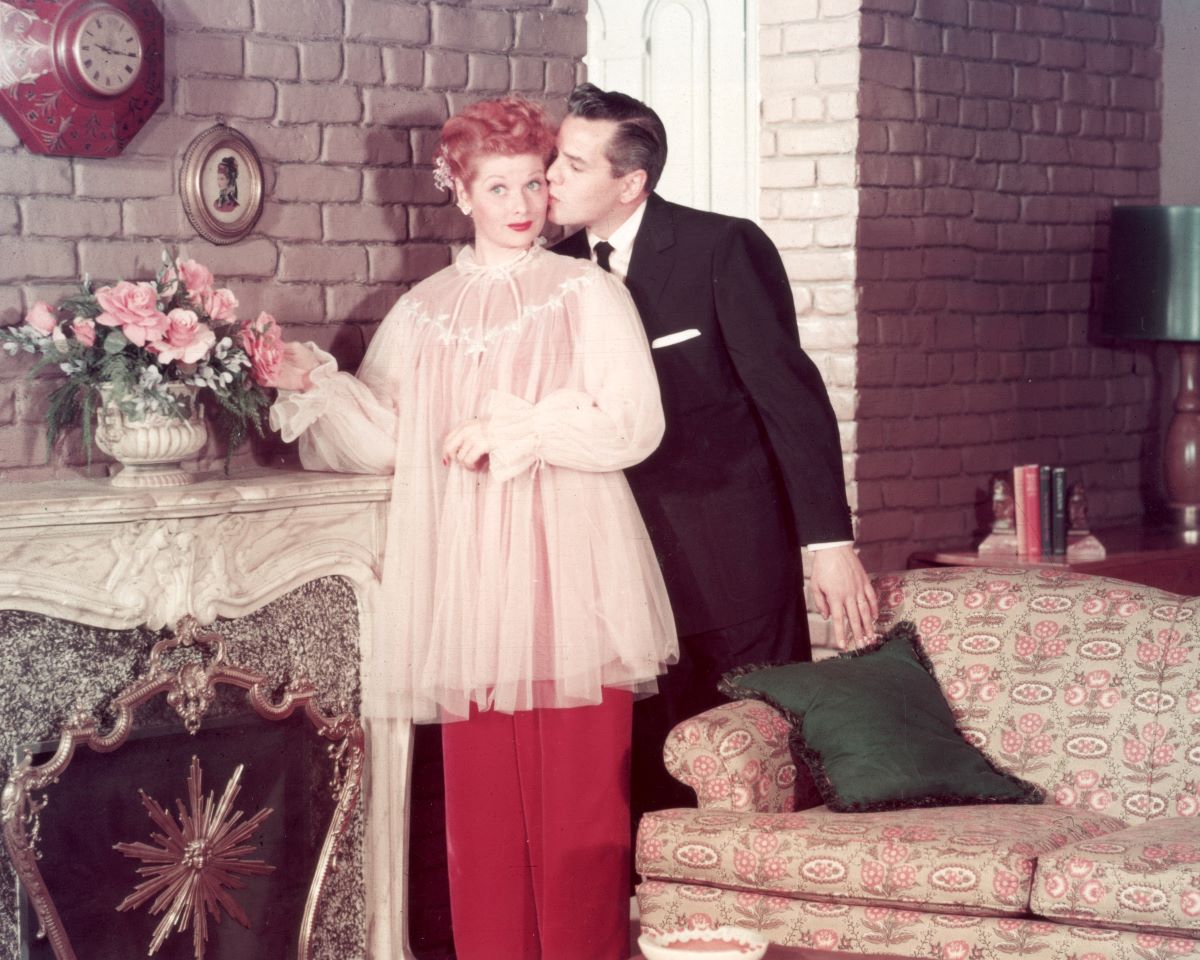 Lucille Ball to Johnny Carson: ‘I don’t like to talk to you anytime’

As seen in their interviews, Ball and Carson had a hysterical friendship. “It’s a surprise to see you here,” she said to him as she sat down for her Tonight Show Starring Johnny Carson chat in 1974, available on YouTube. Soon after the host started asking questions, she bluntly asked, “Are you still happy?”

“What do you mean still happy?” Carson inquired. To clear up what she meant, Ball plainly told him, “Well, you get married a lot.”

“Oh, you’re loaded for bear tonight,” he smirked at her, which pretty much means she was ready to spar. At the time, Carson was in his third marriage with Joanna Holland, which he pointed out to Ball. “This is only my third marriage,” he told her.

As for Ball, she was in her second marriage with Gary Morton. Notably, her first marriage to Desi Arnaz was plagued by seemingly painful marital woes, despite its place in pop culture. But she put joking aside to show some genuine adoration for her host and offer him some well wishes on his marriage after gushing about her own.

“I wished you something on your wedding night that I’ve had for 12 years and that is the greatest happiness,” she told him. “And that I really mean.”

“I remember that night,” Carson recalled and Ball interjected, “Well, you better remember – it was your wedding night!”

Carson then noted how Ball didn’t like to talk before the show, and she corrected him, “I don’t like to talk to you anytime.” But when he said she’d invited him to ask about anything he was interested in, she welcomed the chance.

“Is there anything that you’re interested in, Johnny?” she asked before clarifying, “About me.”

Johnny Carson to Lucille Ball: ‘How old were you when you first lost your virginity?’

When Carson first began to present his one burning question, Ball got a little hung up on the first part which she apparently misheard as, “How old are you?” It made her nearly rise out of her seat to repeat what she’d heard, “How old am I?”

Carson clarified that he would never ask her such a question and said, “Let me finish.” He finally got to his inquiry and asked, “How old were you when you first lost your virginity?”

To the audience’s delight, Ball held her classic shocked face for them, and then for the camera for viewers at home. And Carson counted that as an achievement. “I just wanted to see one of those takes again,” he laughed.

But what did Ball have to say about the question?

Lucille Ball chose not to answer

Without seeming to take any real offense, Ball chose not to answer Carson’s question – at least not on television. And Carson clarified that he didn’t want her to tell the world. “That question was just for a little shock value,” he explained.

It seems he was trying to get Ball to make one of those famous I Love Lucy expressions she’s still known for. “Well, it certainly worked,” she said before pretending to nod off for a nap. And as it turns out, that’s a perfect way to quickly change the subject.