Kylie Jenner lovesgetting her nails done. The Kylie Cosmetics founder consistently posts newnails to her Instagram timeline every few weeks, and they’ve been met withmixed results from fans. While somelove the style, others think Jenner goes too overboard with her look.

There’s another problem fans have had with Jenner’s nails: their length. The reality star’s nails are longer than most, and it has led people to ask more and more questions about how Jenner gets anything done. 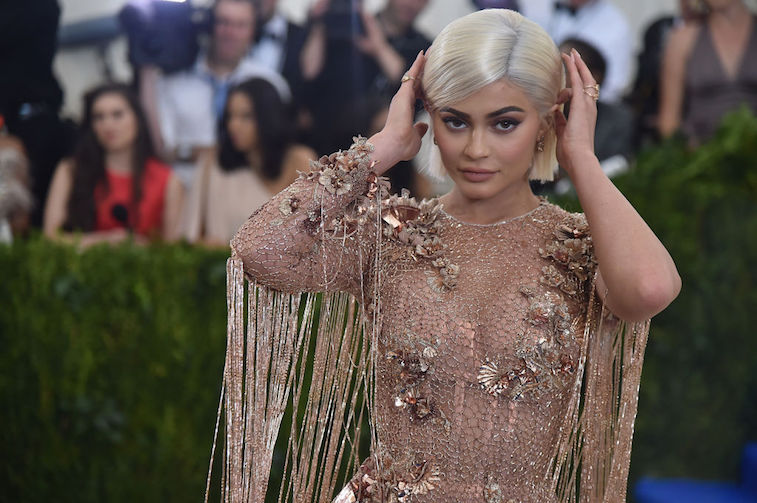 Jenner loves changing up her style

Ever since Jenner started figuring out who she wanted to be, she’s become obsessed with finding her own style. But possibly the best part about her look is that it’s always changing. Jenner rocks new hairstyles all the time; she could go from dark bob to lengthy blonde hair in a day, and it would simply be a part of who she is.

Jenner even once rocked bright yellow hair (she’s also had lime green and purple hair in the past), and fans thought she absolutely killed the look. She’s been fashion forward ever since she was a teenager, and now, she’s added nails to her list of constantly switched-up looks.

Jenner loves to show off her nails on Instagram. Every fewweeks (presumably, every time she gets them done) she posts either a photo orvideo to Instagram, showing off her newest manicure. Her nails haveconsistently been met with mixed reviews.

Some fans love the look, and it’s evident that long nails are in. But others suggest they’re way too long, and say that sometimes, they look too fake. Jenner once did a two-colored manicure, with one hand pink and one hand purple. Fans didn’t mind the color choice as much as they minded how plastic the nails looked; one fans compared them to “marker caps.” But when Jenner swapped those out for a more colorful mani, it received rave reviews.

The style of Jenner’s nails might change week to week, but the length has been pretty consistent for a while. Her nails appear to stretch at least an inch, maybe more, beyond the nail bed. And fans have started to ask more personal (and some comical) questions about how Jenner possibly gets anything done with nails so long.

“How the hell do y’all text, write, or do anything with nails like that?” One user asked after Jenner debuted her new pink ombre look. “I dunno how you change diapers with nails like that,” another person commented. Someone else got even more personal, asking Jenner how she does “intimate hygiene” — but really, it’s a viable question, no? One of the funnier questions asked: How does Jenner button her pants? There was so much curiousity, but Jenner didn’t give the fans any answers.

Jenner doesn’t have to answer to anyone

Realistically, Jenner doesn’t need to respond to any fans’ questions — and she hasn’t. The beauty mogul doesn’t need to answer anything about her personal life, though we can’t help but wonder, too, how she does most things. Is there a technique that one must learn? One fan even asked Jenner to do a diaper-changing tutorial. Maybe that will be her next YouTube video.