Children interrupting interviews is never not funny, and Kylie Jenner is the latest parent to fall victim, as daughter Stormi Webster gatecrashed her recent filming.

Kylie, 23, sat down to do an interview about the inception of her Kylie Cosmetics brand, ahead of its relaunch with all new clean and vegan products, but she was soon joined by a tiny sweet thief.

As the interview was set to start, three-year-old Stormi came into shot to see her mother – and help herself to a bowl of pink sweets next to her.

Kylie told her daughter: ‘I’m gonna start my interview, and then when I’m done we can go home. Okay? Later!’

Stormi can the be heard telling her mother: ‘Later!’, as she scurried away with her goodies.

Clearly not done with the enticing pink sweets, Stormi later returned to crash the interview again, climbing up onto Kylie’s lap for a hug… and then snaffling a few more treats on the way. 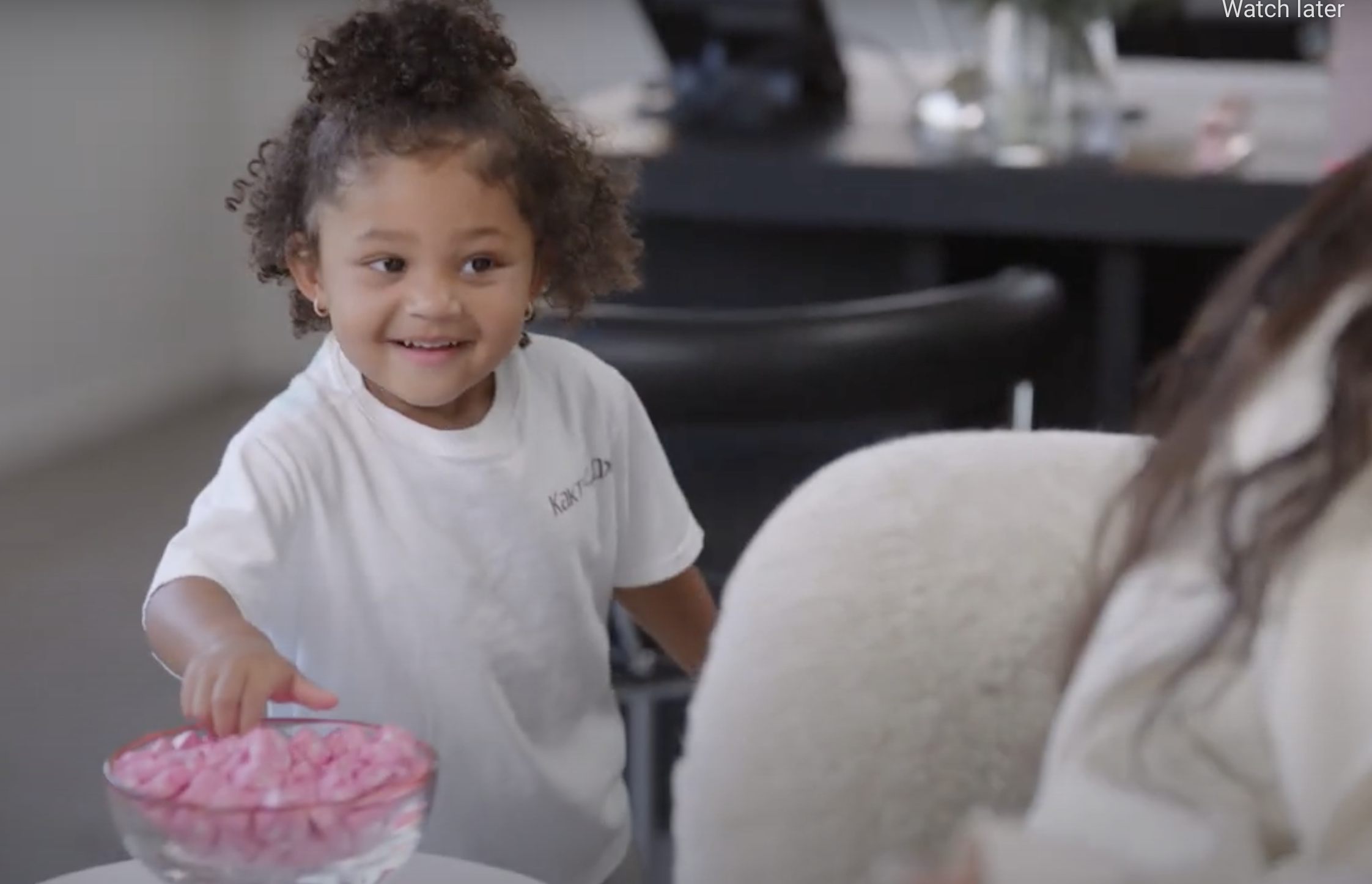 Stormi popped back for another handful before she finally left the room, giggling and proudly holding up the sweets she had scored on the trip.

Kylie, who shares Stormi with Travis Scott, told the camera: ‘Her laugh, too, running out. She’s so mischievous.’

Elsewhere in the interview, Kylie’s mother Kris Jenner revealed that Kylie had come to her with the idea for her make-up brand when she was just 17.

Kris had told her she would need to invest her own money from savings she had accrued from appearing on Keeping Up With The Kardashians as that would be her motivation to making the brand a success.

They had initially had 15,000 units made up in three shades for the launch, which is a large number by industry standards for a new product, but the first drop of Kylie’s Lip Kits sold out in less than a minute.

The success of her initial Lip Kits then led on to more and more products in the Kylie Cosmetics range as well as her Kylie Skin skincare line.