The social media star, who has one-year-old daughter Stormi with boyfriend Travis Scott, sent fans into a frenzy with some believing she’s pregnant again.

While celebrating sister Khloe Kardashian’s 35th birthday at a star-studded bash, a video was shared to Instagram of the food at the party, with voices being heard in the background.

While the camera pans across the table, someone says in the background “I’m pregnant!” with some believing the voice sounds like 21-year-old Kylie. The makeup mogul has already expressed her interest in having another child, after keeping her first pregnancy a secret from the world.

While wishing her rapper beau a happy birthday back in April, she sent fans into a flurry after hinting she wants to expand her family. She wrote in a gushing tribute to Travis: “Let’s f**k around and have another baby!”

Kylie also said on her Snapchat account that she would want to have another little girl.

She added that she’s “very happy” with being a mother, despite the fact that she is “still very young”. 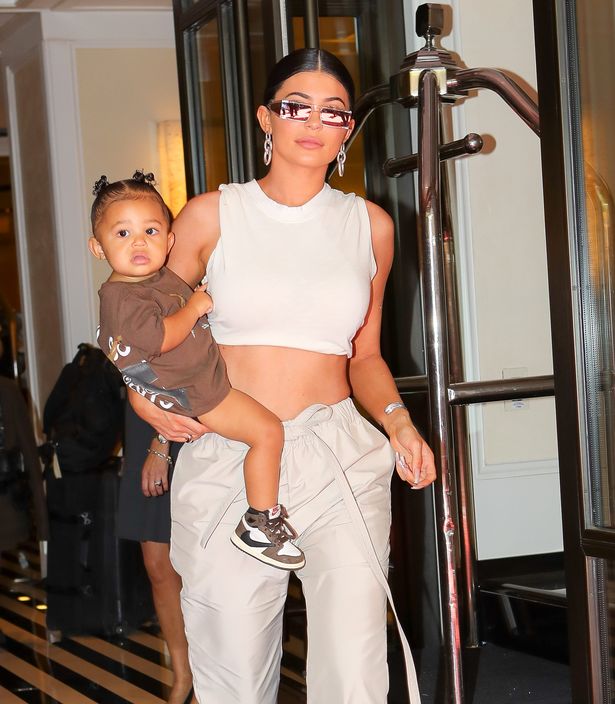 The star and Travis welcomed daughter Stormi into the world on 1 February 2018 after deciding not to announce her pregnancy to fans.

The couple instead shared a candid family video announcing the birth of their daughter three days later on 4 February.