Kudlow shreds Biden over his first year in office

Fox Business host reflects on Biden’s policies during his first year in office on ‘Kudlow.’

As you know, it's been a very rough New Year for President Biden as he suffered two stinging defeats.

First, the Supreme Court ruled against his vaccine mandate for 80 million people working in private business, and second, just before Uncle Joe was going to speak to the Senate Democratic Conference, Kyrsten Sinema stood up on the Senate floor and announced her unequivocal opposition to any changes in the legislative filibuster.

By the way, Joe Manchin followed on Sinema's heels by issuing his own statement opposing a filibuster change last night just before Biden was to speak to the Senate Democrats.

I'll bet you four or five other Senate Democrats are going to follow Sinema and Manchin on this, which effectively and thankfully kills the Biden proposal to nationalize elections—one of his many awful ideas.

Senator Schumer is now telling people that his voting deadline on the filibuster has slipped again from today to next week because of COVID in D.C. and the threat of winter storms in Hawaii… or is it the other way around?

I'm confused…but what's not confusing is that the filibuster deal is dead, nationalizing the election is dead and big government socialism is dead. I don't care when Schumer wants to vote on that last one, but save America. Kill the Bill.

Incidentally, every time Uncle Joe goes to the Hill to persuade his party, he loses. But let’s not stop at the idea he's having a bad week. The fact is, he's had a very bad year.

His defeat COVID promise collapsed. His withdrawal from Afghanistan turned into a catastrophic defeat. He reversed President Trump's tough southern border policies, which then led to nearly 2 million illegals entering the U.S.

His reversal of Trump energy independence led to sky-high oil and gasoline prices. His $2 trillion so-called "emergency COVID plan" last winter unlocked the door to the highest inflation in 40 years.

His attempts to reverse the Trump tax cuts have proven to be totally unpopular. His speeches on almost every subject have been mean-spirited, racially divisive, and factually untrue.

He has lost the public's confidence. He is no longer regarded as honest, and his shift to a radical left, woke, philosophy has done him great damage.

A recent liberal poll has his approval at 33%, roughly the same as the outdoor temperature in Washington. He's going to give a State of the Union speech in early March, and if he sticks to this unpopular, far-left, so-called "transformational" strategy, his entire presidency—now hanging by a thread—will collapse. It may already have, but if he doesn't change, then his mantra will be "things always look dark before they turn completely black." His vice president has been a laughingstock. His cabinet members are usually nowhere to be found, and America is not a happy place right now.

Now, you know me, ever the optimist. 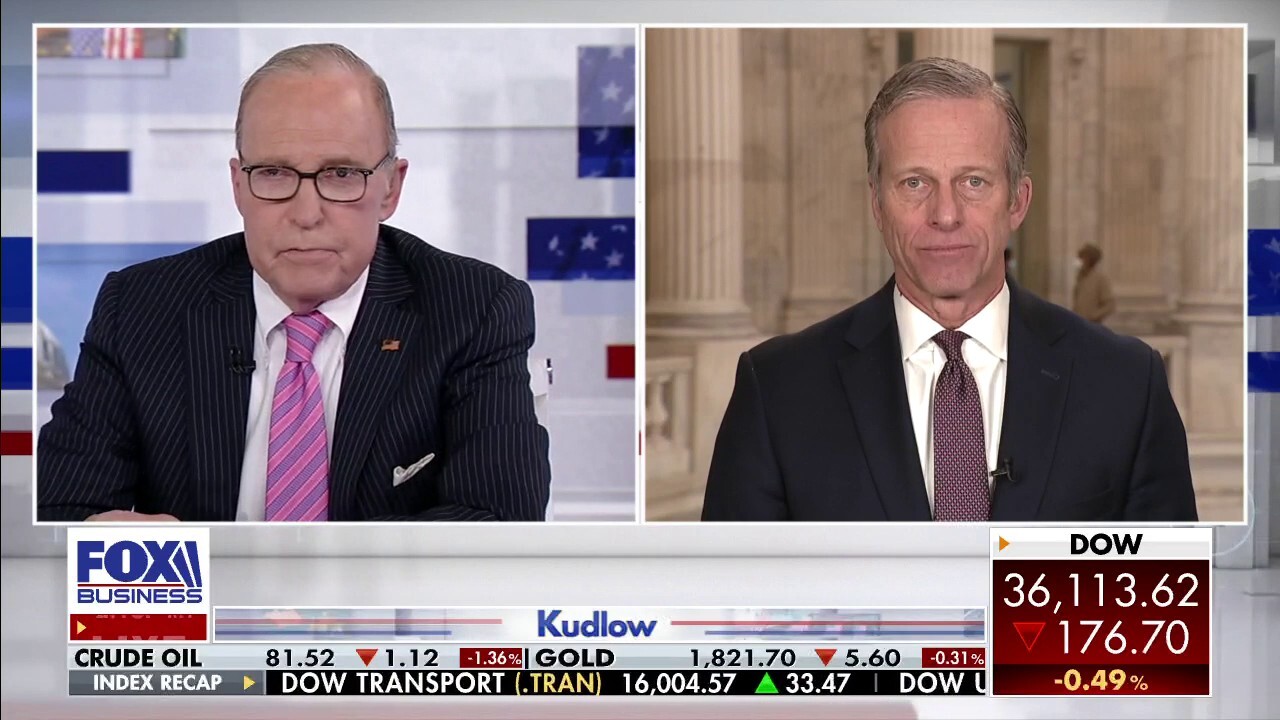 Our conservative country will right the ship. We believe in free enterprise capitalism, rewarding success, promoting entrepreneurship, being number one in energy, having parents – not the government – run the schools, having families – not government – rear their children and take care of their grandparents.

I believe America will reject the Biden regulatory state taking over sector after sector, like energy, banking, health care and more—what my pal, Steve Forbes, calls modern socialism through overextended regulations, what Friedrich Hayek called the road to serfdom. We will beat that.

The GOP will win big in the midterms. The handwriting is on the wall. The calvary is on the way. The road looks dark for Biden, but it's going to be very bright for America. That's my belief.

That's my Riff, but there is suddenly a new immediate danger facing us.

World oil prices have suddenly spiked to near $84 for west Texas crude and $86 for Brent crude.

After a week of futile talks between the U.S. and Russia and various U.S. allies, nothing has happened to ease the Russian-Ukraine situation. It's a dead end. There's no de-escalation.

Even Madam Psaki has turned from Baghdad Bob into an accurate analyst that warns of a possible Russian "false flag operation" in eastern Ukraine as a pretext for invading the country. And others in the national security area are suddenly talking about a Russian invasion between mid-January and mid-February.

Today being January 14th kind of looks like the hot zone and the stupidity of the White House in opposing Ted Cruz' amendment to restore Nord Stream 2 sanctions—a move that was just about as dumb as their gift to Putin earlier this year to end the sanctions –  just makes the administration look weaker than weak.

This article is adapted from Larry Kudlow's opening commentary on Jan. 14, 2022