Angelina Jolie and Brad Pitt’s son Knox proved he’s taking after his dad when he stepped out in New York looking just like the A-list actor’s mini-me.

Angelina Jolie has stepped out in New York City for some quality time with two of her sons, 17-year-old Pax and 12-year-old Knox. The A-lister looked gorgeous in a silk, black jumpsuit when she arrived at Momofuku Noodle Bar in Manhattan’s Upper West Side neighborhood. The 46-year-old actress wore a black protective face mask and black pumps, as she carried a brown shoulder bag and styled her dark tresses in loose waves. 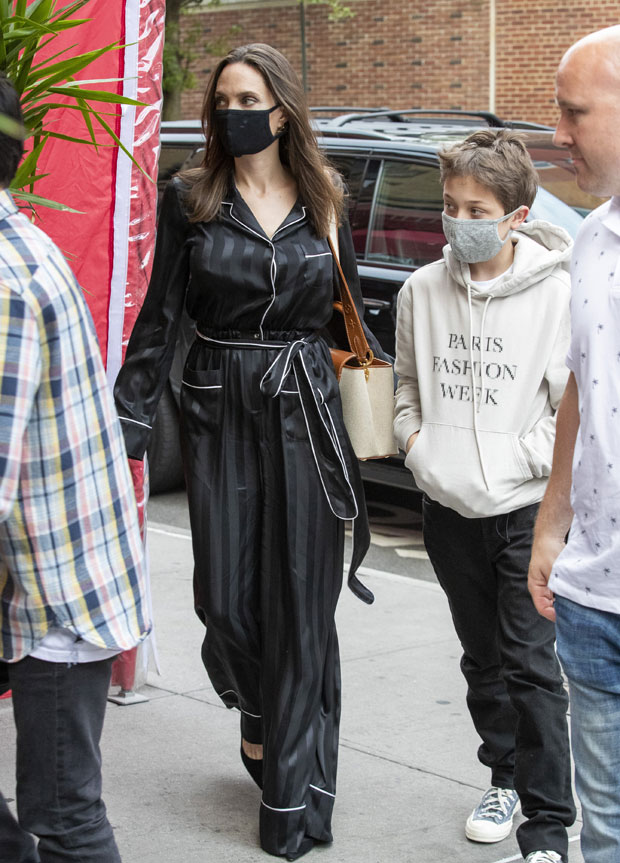 Meanwhile, her son Knox looked like the spitting image of his dad Brad Pitt, 57, and cut a casual figure in a white ‘Paris Fashion Week’ hoodie, black pants and a pair of grey Converse sneakers. His big bro Pax opted for a plaid dress shirt and jeans. The outing came just days after Ange and Pax were seen arriving to her ex-husband Jonny Lee Miller‘s apartment building in Brooklyn, New York. The actress and her teen son reportedly spent an hour at the residence before they were photographed leaving.

She wore a long black dress and slip-on tan small-heeled shoes during the outing while her son opted for a pink tee, a pink plaid button-down, black jeans, and black sneakers. As fans would know, Angelina and her estranged ex Brad have been locked in a custody battle over their five minor children Pax, 17, Zahara, 16, Shiloh, 14, and 12-year-old twins Vivienne, and Knox. 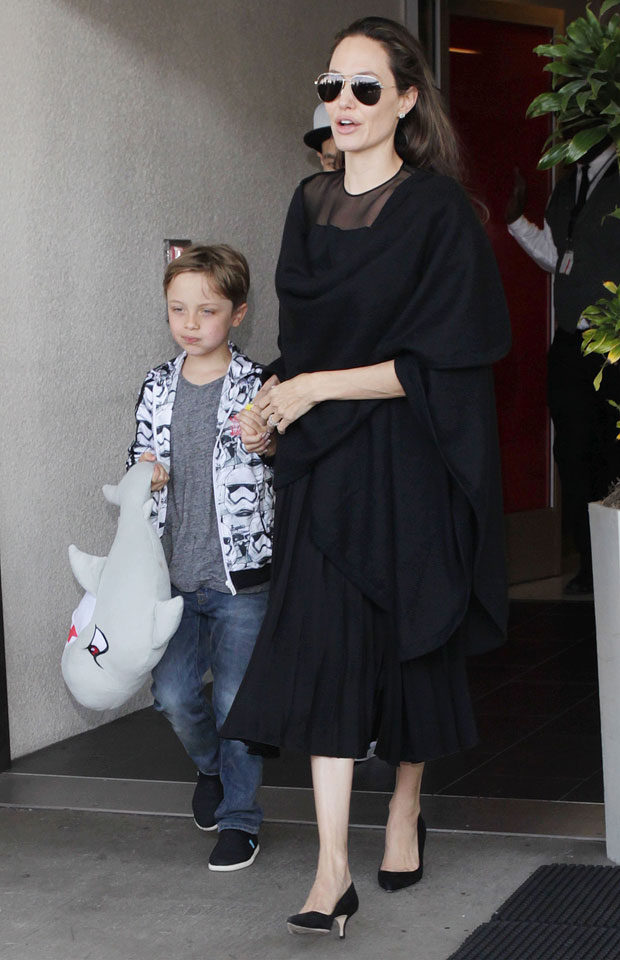 Most recently, the actress appealed a judge’s decision which granted Brad joint custody of their kids. A lawyer weighed in on the likelihood of Angelina reversing the custody ruling. “The burden for someone who is appealing the finding of the trial judge is really high, because the appellate courts don’t want to sit as trial judges, and to determine facts,” celebrity divorce attorney Michael Stutman, founding partner at at Stutman Stutman Lichtenstein & Felder explained to HollywoodLife.

“Appeals are not typical, a very small portion of trial court decisions after hearings are appealed, just because the odds of winning are very small,” he explained, adding, “The odds are long, unless you’ve got something that is really seriously bad.” As for why the couple’s kids weren’t called to testify, Stutman said, “the benefit of hearing what they have to say, does not outweigh the burden of having them in.”