Kim Kardashian is, without a doubt, an extremely well-known figure. Keeping Up With the Kardashians and her regular appearances at glamorous events keep her firmly in the public eye.

She’s started beauty companies, a shapewear line, and a clothing line, building an empire that is reportedly worth $370 million. On top of all that, she’s married to someone who never seems to stop stirring up controversy.

Of course, fame and fortune come with drawbacks too, and Kardashian’s life is no exception. As many people know, her career got a boost at the very beginning in a somewhat embarrassing way.

Eventually, she’s going to have to decide how to handle the truth about her past with her kids. 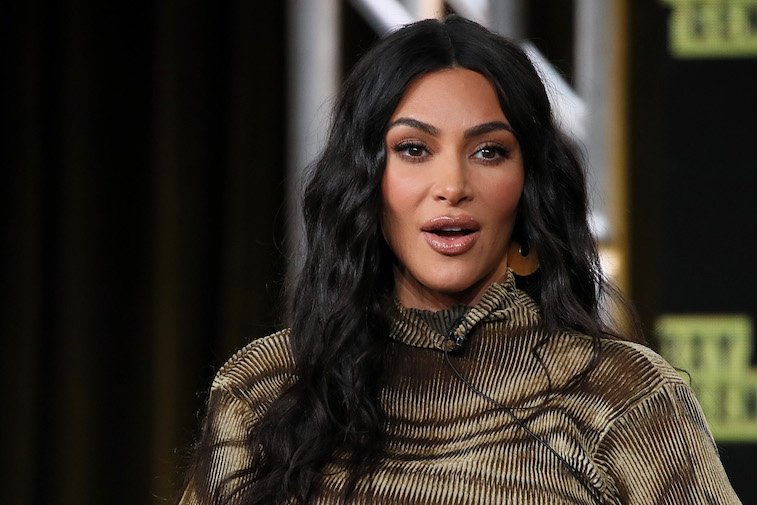 Kardashian’s kids are going to experience many advantages most people only dream of, but they’re also going to have to deal with all of the stories that have been written about their mom throughout the years. One of the events in Kardashian’s life is surely going to be shocking for her children someday.

In 2007, a sex tape she made with her ex-boyfriend Ray J made it into the media. Although Kardashian wasn’t famous yet, she was starting to make herself known.

Fans argue that Kardashian would have been famous without this, but even she says she’s “not naive to the fact” that it helped launch her career. As she once told Oprah, “I think that was definitely how I was introduced to the world.”

No kid wants to think about the fact that their parents ever had sex. How well is it going to go for her children to find out that their mom had sex – on video – which was leaked – and lots of people have seen it? How can Kardashian prepare them?

It’s probably tempting for her to convince herself that the scandal happened so long ago that she can just stay quiet and hope they’ll never find out. But many of her fans think that would be irresponsible for a number of reasons.

People think she needs to talk about it

In a recent Reddit discussion, fans weighed in with their opinions on the matter. Some of them felt that it wouldn’t be an issue in today’s world of sexting and so she should ignore it.

One commenter pointed out, “the reality is that when kids are old enough to know, they won’t see it as any difference to what their friends are doing – sexting or snapping or whatever – being socially pressured to do.”

Other people disagreed, saying that it’s still going to be shocking, even today. “She’s going to have to tell them and prepare them for when someone brings it up at school (which they will, kids are cruel),” one person commented.

There are positive reasons she should be honest

This conversation could be a powerful lesson for Kardashian’s kids. The risks of nude pictures and videos are something all children need to be educated about. On top of that, her kids are famous, and they should be aware of the dangers they face.

“I think she would probably tell them as a warning. Kids send all kinds of stupid pictures and videos to each other now…The West kids would definitely be in danger of having that stuff released.”

In fact, this discussion could give Kardashian the opportunity to talk about sex in a positive way, rather than making it an embarrassing secret.

One of the commenters said:

“Theres no shame in making an intimate video like that and I think it’s healthy to explain both why you may want to make something like that and keep it private as well as the repercussions of releasing it or having it released without consent…it is an opportunity to introduce healthy sex positive perspective into their lives when the time is right.”

Kardashian has probably spent more than a few sleepless nights worrying about when and how to bring up this part of her past. Hopefully, when her kids are ready to learn about it she’ll be ready to tell them the truth.