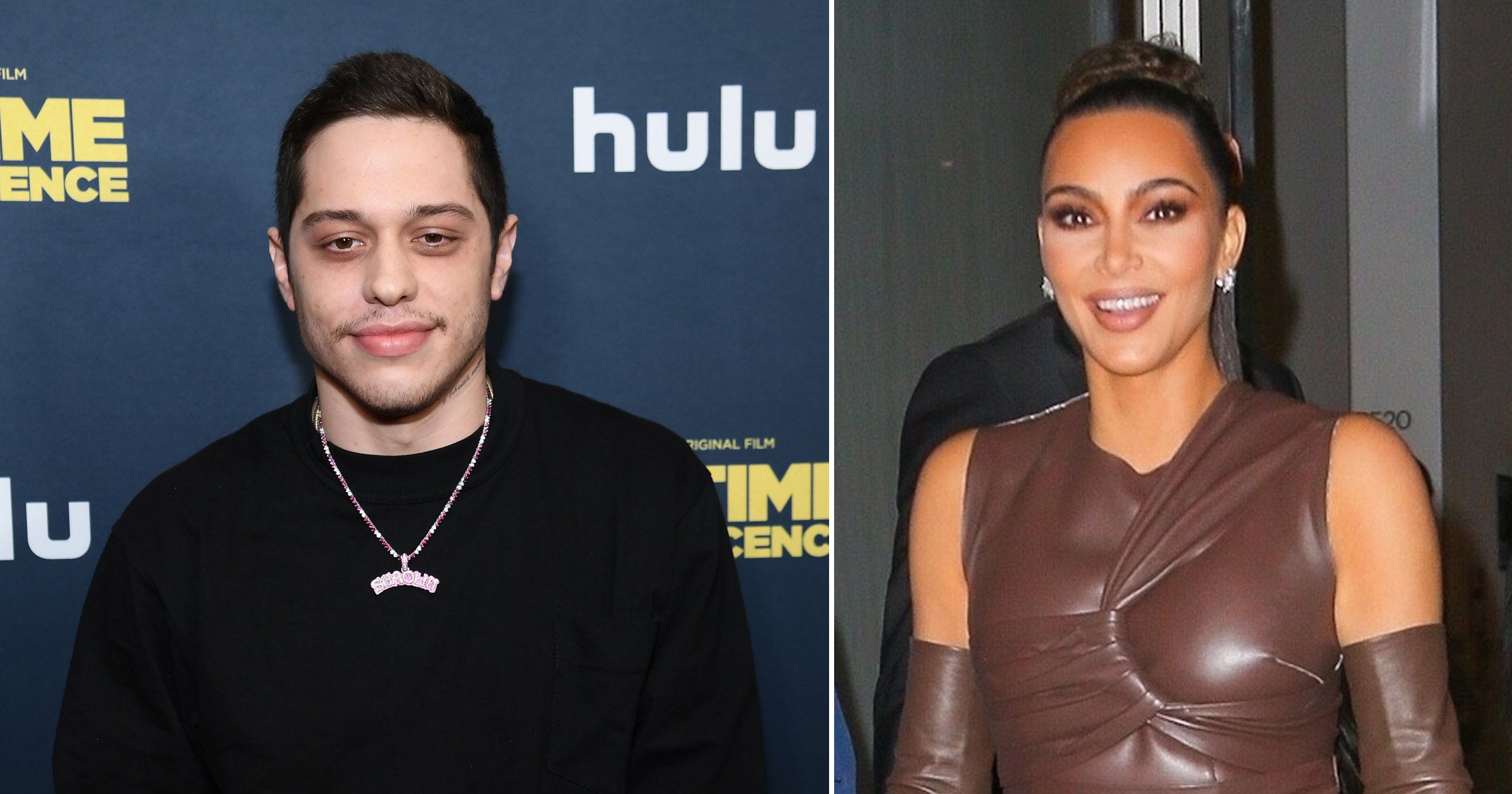 Kim Kardashian revealed she is well and truly ‘in her happy place’ after appearing to confirm her relationship with Pete Davidson.

The rumour mill has been spinning over the last few weeks amid claims that the Keeping Up With The Kardashians star, 41, has been dating the Saturday Night Live comedian, 28, following her divorce from husband Kanye West.

The speculation went into overdrive when the pair were pictured holding hands while in Palm Springs this week, days after sporting matching SKIMS PJs.

Taking to Instagram, the mum-of-four ignored the chatter as she enjoyed a dip in a hot tub.

She donned a black two-piece bikini for the photoshoot, posing with a sunset behind with, with the caption: ‘My happy place.’

However, while the businesswoman didn’t make any reference to her rumoured new beau in the upload, her followers quickly flooded the post with questions on who exactly was behind the camera.

An Instagram user commented: ‘That’s a high angle… did Pete take this?’

As another wondered if the photo was snapped in Pete’s neck of the woods, adding: ‘Was this taken in Staten Island?’

Kim and Pete – or Kete, if you will – first set tongues wagging last month when they shared a kiss on SNL, during a Disney-themed skit.

They were later spotted holding hands on a rollercoaster during Halloween celebrations, with an insider jumping in to confirm that they are an item.

‘They are really happy and seeing where it goes,’ the source told E! News. ‘Pete has told her he doesn’t want to see anyone else. She is telling some people they aren’t super serious but she isn’t seeing anyone else…

‘She’s trying to not make a big deal about it but is super into him.

‘Kim is smitten over him and it’s very exciting to her.’