Kendrick Sampson had a scary encounter with police in Colombia.

The Insecure actor took to Instagram to share a video of himself being punched and handcuffed by officers while in the city of Cartagena. Sampson, 32, thanked the woman who caught the moment on video, and explained that this is something that happens to many Black people in Colombia on a regular basis.

“Cartagena is AMAZING but this is the 6th time I was stopped in 5 days. It happens to Black Colombians often,” he wrote in part. “I’m told stopping is policy but what is NOT is they reached down my underwear aggressively, slap my arms 5 times hard, punch me in my jaw and pull his gun on me. He then cuffed me and dragged me through the streets. I did not resist any legal procedure.”

In addition to his clip, the actor also updated his followers on Instagram Story, writing on Tuesday night that he was “still with the police.”

“They are taking my account of what occurred (supposedly) to ‘discipline’ the officers. This has been 8 hours of this sh*t,” he explained, adding that he finally got to go eat and leave. “They are also asking me to confront and identify the officer tonight. I don’t trust this sh*t.” 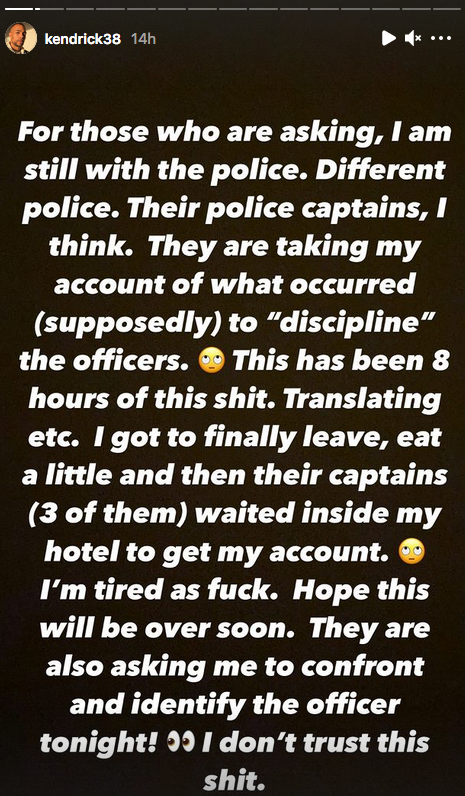 In another IG Story, he wrote that for “anyone asking what you can do from a distance, for now – share the video.” 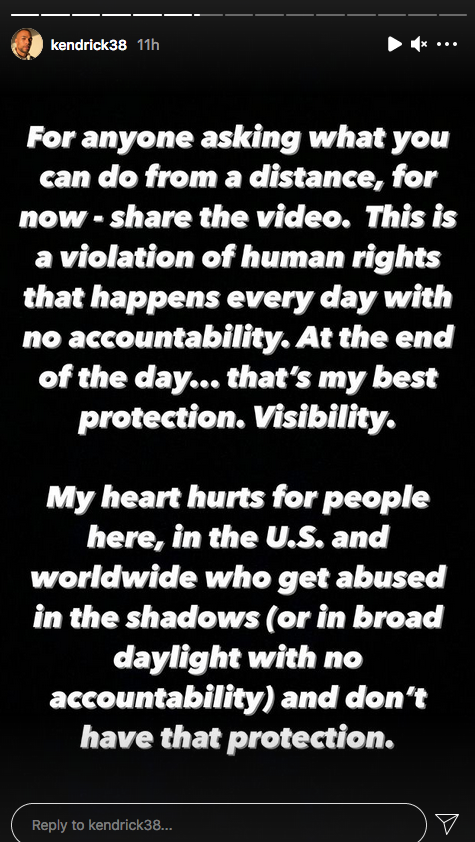 Sampson has been a proud supporter and advocate for Black Lives Matter. Earlier this year, he penned a powerful open letter calling for the Hollywood industry to divest from the police and make big changes to “affirm, defend and invest in Black lives.”

The actor also spoke out after being hit with rubber bullets and being hit by an officer’s baton while protesting George Floyd’s death in Los Angeles in May.

“Appreciate the outpouring of support & standing with us but if y’all really want to support, make sure we do EVERYTHING in our POWER to #DEFUNDPOLICE – END THE LEGACY OF SLAVE CATCHING and use those resources, OUR RESOURCES to build BETTER. Make THAT the headlines. Put in WORK.”