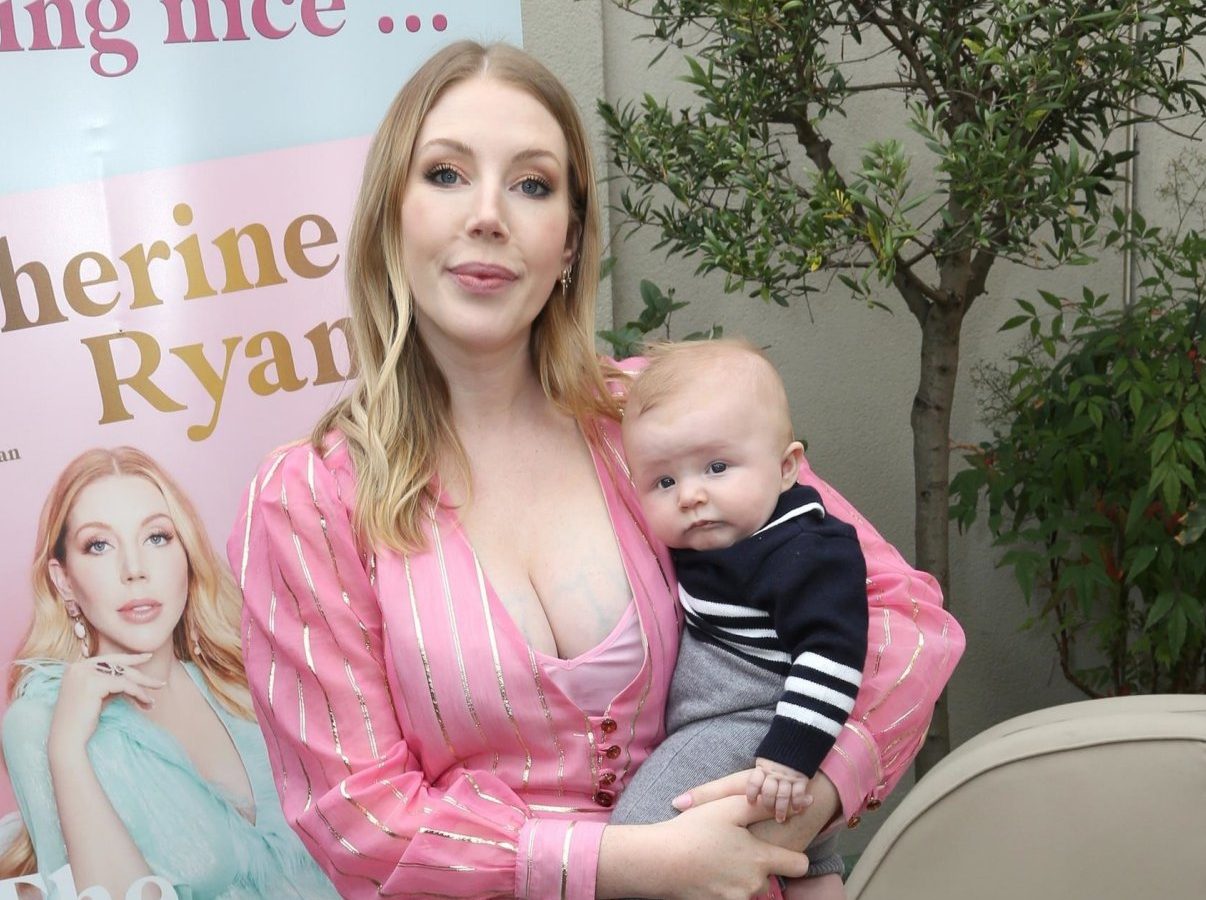 Katherine Ryan believes her baby son, Fred, may have an autoimmune condition as she detailed the seven-month-old’s symptoms.

The Duchess star, who welcomed her son with husband Bobby Kootstra in June last year, was diagnosed with lupus herself in 2008, which is a long-term autoimmune condition that causes joint pain, skin rashes, and tiredness. There’s no cure, but symptoms can improve if treatment starts early.

In speaking about her own experience with the condition, Katherine opened up about noticing Fred had eczema as well as thrush on his tongue which has led her to wonder if he has an allergy.

As per the NHS, oral thrush is usually harmless and is common in babies, who can pass it on through breastfeeding, while atopic dermatitis, also known as eczema, is more common in children, often developing before their first birthday, and can clear completely as they get older.

Speaking on her Telling Everybody Everything podcast this week, Katherine said: ‘I think Fred has autoimmune-something as well.

‘As he gets older, I don’t know if his natural placenta immunity is waning or what. I’m still breastfeeding him of course, I did have norovirus over the holidays, my immune system was probably compromised from that as I thought I was gonna f***ing die.

‘He’s got little bit of eczema now, tiny bit of thrush on his tongue. I’m treating it, I’m managing it, but my instinct is telling me we’re putting out the smoke not the fire.’

She continued: ‘I think he might have a milk allergy, that means mama has to cut cheese entirely out of my diet. And I only have a little bit of cheese now and the I don’t drink cow’s milk…

‘There’s also milk protein in some deli meats, which I ate the other day, so I gotta stop that and that’s annoying because I’m already pretty much gluten-free, but I’m going to have to be totally gluten-free for a while now and totally dairy-free.’

Katherine previously opened up during an interview with John Bishop about first discovering her symptoms of lupus, after she broke out in ‘open sores on my face that were undeniable’.

She explained: ‘I was really ill, really run-down, really nauseous every day, I had joint pain for almost six months. I would go to these doctors and they would say, “Oh I don’t know” then I was diagnosed with systemic lupus – it’s an autoimmune disease.

The star said on her podcast she’s successfully managed the condition on her own for the past decade and for a period wasn’t taking any drugs for it – with some people with lupus taking steroids.

‘I’m very lucky in that mine is very mild,’ she noted, adding she eats every carefully but is also currently taking the anti-malarial drug, ‘that is very famous thanks to Donald Trump’ Hydroxychloroquine.