‘I had no symptoms that I noticed whatsoever’: Jools Holland speaks for the first time about his shock 2014 prostate cancer diagnosis

Jools Holland has spoken for the first time about being diagnosed with prostate cancer in 2014, saying he didn’t notice that he had any ‘symptoms whatsoever’.

The musician, 64, who has been successfully treated for the disease, revealed that he was diagnosed following a routine blood test eight years ago.

He said he didn’t have any symptoms before his shock diagnosis as he said more people need to be made aware of the risks of the disease.

Jools said: ‘I had no awareness of prostate cancer, no symptoms that I noticed whatsoever, until I was diagnosed following a routine blood test in 2014.’ 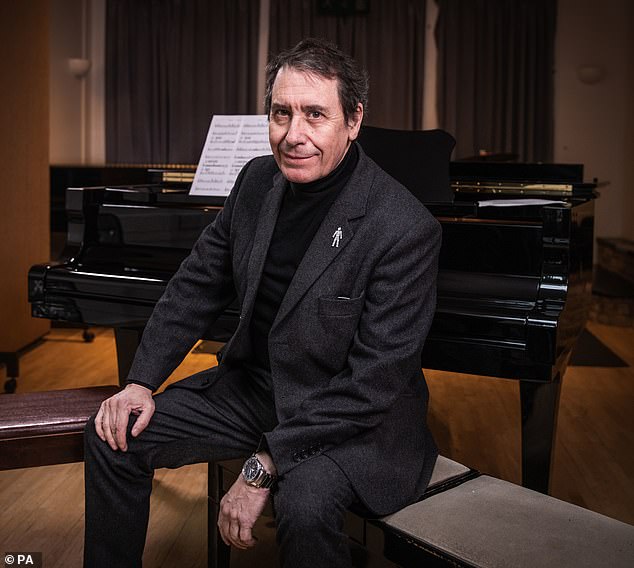 Illness: Jools Holland has spoken for the first time about being diagnosed with prostate cancer in 2014, saying he didn’t notice that he had any ‘symptoms whatsoever’

The TV presenter said if more people were aware of the risks of the disease and could catch it early, then ‘more lives would be saved’.

He added: ‘If I can bring people’s awareness to the facts of prostate cancer then I would certainly stand on top of my piano and shout about it because I think it’s really important.’

Jools also announced he is partnering with Prostate Cancer UK for a music event, Raise the Roof, which will see the likes of Paloma Faith, Celeste, Paul Weller and Spice Girl Melanie C perform at the Royal Albert Hall on June 22.

All funds raised at the star-studded music concert will go towards finding a testing approach for prostate cancer, which could then be used in a UK-wide screening scheme. 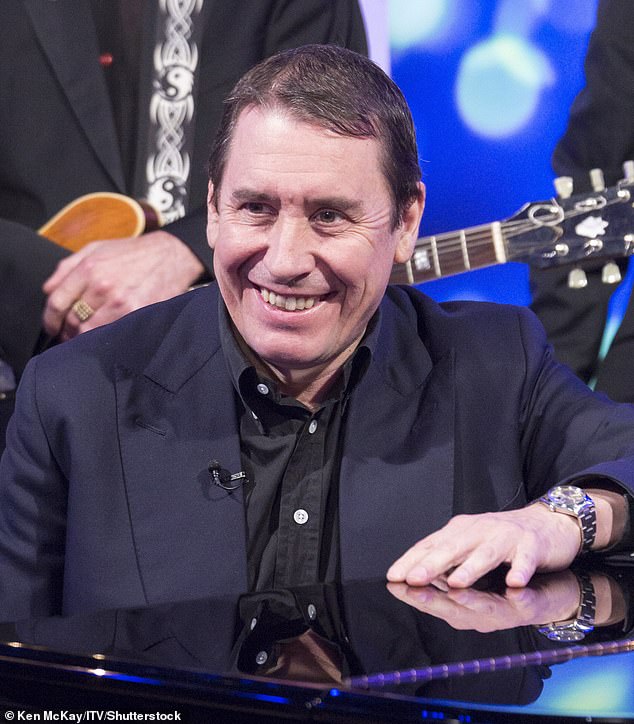 Cancer: The musician, 64, who has been successfully treated for the disease, revealed that he was diagnosed following a routine blood test eight years ago (pictured in November 2014)

‘If Raise the Roof was able to achieve this and save one man’s life, it would be the best thing ever that would come out of this,’ Jools said.

The event, which will be hosted by former Strictly Come Dancing star and TV presenter AJ Odudu and comedian and actor Jim Moir, and will see comedy stars Shaparak Khorsandi, Gina Yashere and Stephen K Amos perform – with more names still to be announced.

As he spoke publicly for the first time about his ordeal with prostate cancer, Jools said he believes it is ‘really important’ for men to be aware of the risks of the disease.

He said: ‘It’s very important to not be afraid to have conversations because it is much better to discuss and address something early, than leave it until it is too late.’

The pianist added that if he hadn’t gone for the routine test, then he would have continued without showing any symptoms and it may have been ‘too late’ to treat the cancer. 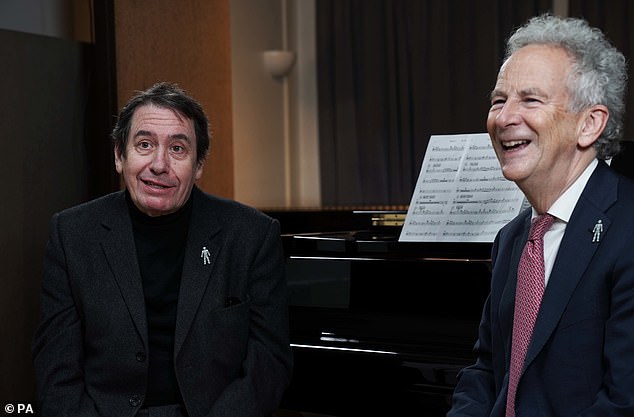 Support: Jools is pictured wearing a prostate cancer awareness pin as he sits with the founder of Prostate Cancer UK, Professor Jonathan Waxman

‘People often think ‘this is something that happens to other people’. It’s not like I felt any different. It’s not like I suddenly felt ill, except you suddenly have this thing hanging over your head and you think ‘hang on, don’t people die from all this?’,’ he said.

‘Had I not had that routine test, where something had shown up, then I would have just gone on and on until it was perhaps too late to have done anything about it.

‘And that’s why it’s really important for men to be aware of the facts of prostate cancer and understand their risk.’

Prostate Cancer UK founder Professor Waxman said: ‘It’s amazing that someone so public and so wonderful as Jools can stand up and shine a spotlight on prostate cancer bringing vital awareness of the cause and using his expertise to bring together such a star-studded line-up of guests.

‘Prostate cancer is the most common cancer in men. One in eight of our dads, granddads, partners, brothers or friends will get this disease. 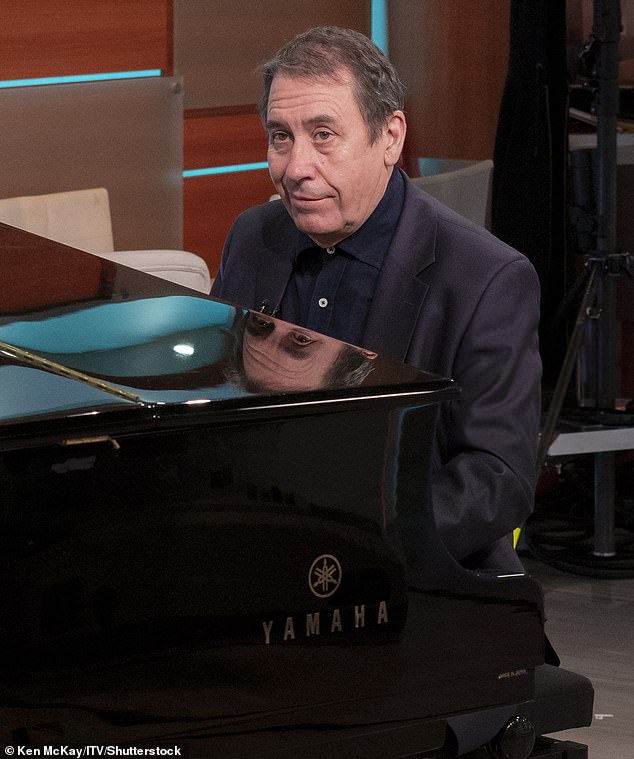 Shock: The pianist said if he hadn’t gone for the routine test, then he would have continued without showing any symptoms and it may have been ‘too late’ to treat the cancer

‘Music and comedy connect people so ‘Raise the Roof’ will light up our summer and enable conversations which can save lives.’

Professor Peter Johnson, national clinical director for cancer for NHS England, said: ‘As Jools’ experience shows, prostate cancer often has no symptoms when it’s at an early stage – so it’s vitally important that men are aware of their prostate cancer risk and feel comfortable discussing this with their GP.

‘Only then can we help diagnose more men early on, before the cancer spreads.

‘Prostate Cancer UK has an easy-to-use risk checker tool on its website that is a quick and simple way to understand your risk of prostate cancer and how you can take further action if you need to. 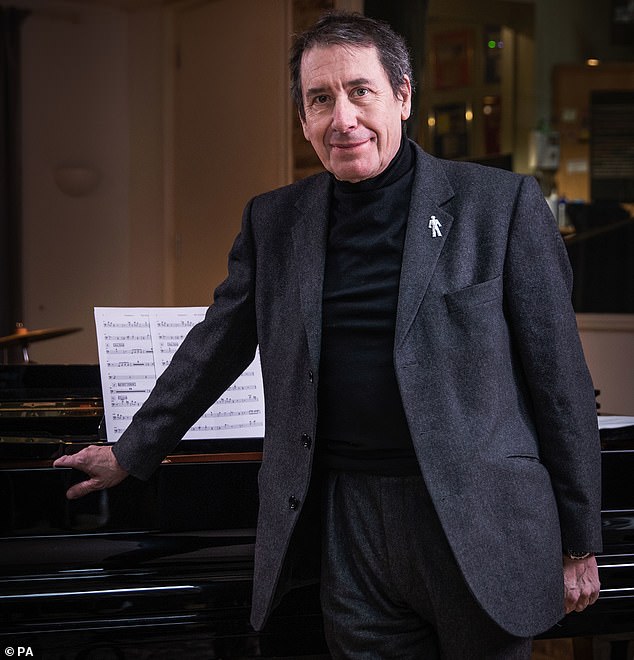 ‘I had no symptoms that I noticed’: The TV presenter said if more people were aware of the risks of the disease and could catch it early, then ‘more lives would be saved’

‘Knowing your risk and, if you’re at high-risk, getting yourself checked out, really could save your life.’

Jools is not the only star to support Prostate Cancer UK, with Stephen Fry, who was diagnosed in 2017, and Bill Turnbull, diagnosed in the same year, both last month supporting the charity’s call – alongside NHS England – urging men to use its risk assessment tool.

The prostate is a walnut sized gland in men that sits just below the bladder, and prostate cancer is the most common type of cancer in men.

Prostate Cancer UK estimates that around 14,000 men in England may have undiagnosed prostate cancer, with 47,500 being diagnosed with the disease every year in the UK.

More than 11,800 men a year – or one every 45 minutes – are killed by prostate cancer in Britain, compared with about 11,400 women dying of breast cancer. 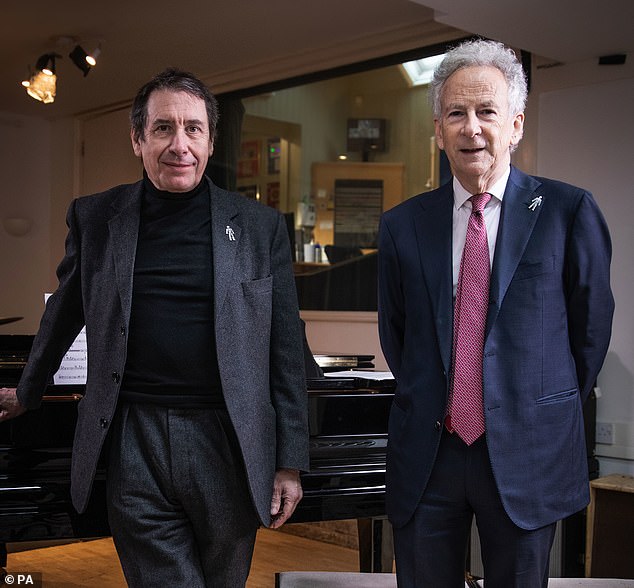 Prostate cancer is behind only lung and bowel in terms of how many people it kills in Britain.

Prostate cancer usually develops slowly, so there may be no signs someone has it for many years, according to the NHS.

Thousands of men are put off seeking a diagnosis because of the known side effects from treatment, including erectile dysfunction.

Men over 50 are eligible for a ‘PSA’ blood test which gives doctors a rough idea of whether a patient is at risk.

Scientists are unsure as to what causes prostate cancer, but age, obesity and a lack of exercise are known risks.